A Festival OFFF the Beaten Path

By Héctor Ayuso
Do you come from a creative background? I was born in the town that was the farthest from creativity. I felt like an outsider until I decided to settle in Barcelona to study filmmaking. It was a risk back then, considering that I was very young, and everyone went against my decision. But that’s when I finally understood a motto that I always use in my annual OFFF Festival talk: The only thing you have is what you give away!

This thinking has led me to learn, curate my own projects, collaborate with the most talented artists, establish a school, teach narrative classes and expand OFFF for the past sixteen years now.

Why did you decide to create the OFFF Festival in 2000? I wanted more. I wanted to join creative artists together to build a community and showcase their work to thousands of people who probably didn’t know that such work and mediums are available out there. And I thought, “Why not put all these elements together?”

Sixteen years is a lot of time, so we’ve definitely grown since 2000. Today, we have a much improved, better and bigger venue, the Museu del Disseny de Barcelona, which has become OFFF attendees’ favorite spot in Barcelona. We also provide more interactive installations, such as workshops. Every year, we constantly learn, grow and mutate.

What makes OFFF unique? There are many awesome design festivals nowadays, but OFFF has unique vibes. You can see 3,000 attendees hanging out, drinking, having fun and listening to music. Yet, at the same time, they’re also sitting quietly, watching a conference with deep passion and focus. The fact that attendees are hanging out in the same area as the festival’s featured artists, with no VIP areas, is also fascinating. And most importantly, we always maintain low, affordable costs for tickets. As an attendee once said, “It is more like a rock festival with conferences.”


OFFF has always been about giving artists an opportunity.


What do you look for as you are selecting speakers or contributors to OFFF? Most of the speaker selections depend on the creative work and the inspiration they are willing to provide the audience. Sometimes, the selections can turn risky when inviting an artist for the first time. But that has never been a negative for me! OFFF has always been about giving artists an opportunity. If it works, brilliant. If not, that’s OK. Any work that inspires me can be picked for OFFF.

The crazier it is, the better. I want something to blow my mind, even if it’s a small idea. I’m especially excited to see how today’s artists use technology as an advantage in their projects.

I remember inviting Casey Neistat, a well-known, free-spirited YouTube star. He rocked OFFF’s stage because he shared his true self. He spoke about his personal stories and experiences that led him to be the famous YouTuber seen by millions of viewers today. When you watch things online, it’s always fascinating to listen to the people behind them. He built a strong engagement between himself and the OFFF audience—there were laughs and shouts throughout his talk. Since then, people want him to speak everywhere!

Another example is also when designer and creative director Ash Thorp and filmmaker Anthony Scott Burns accepted the challenge to design the main titles for OFFF 2014, taking the risk to follow their ideas and style instead of doing a traditional main title. They worked on a strong narrative and, for the first time, made a short film as OFFF’s main titles. We are so proud and honored to mention that their main titles led them to work on big films, and now, Casey is speaking at many conferences and has become a great source of inspiration.

Many patrons have also passed through OFFF, like technologist Joshua Davis—he was the first artist I invited!—title sequence designer Kyle Cooper, designer Stefan Sagmeister, director Carl Addy and executive creative director Rama Allen from The Mill. They all merit the title of festival patron because they remain legends in providing innovative creativity at OFFF. And let’s not forget great Spanish references such as Vasava, Mucho, Brosmind and Marta Cerdà, among many others! These talented studios from Barcelona are some of the first that rode with us on the OFFF journey, and they have remained in it for years, becoming our close friends.

How do you and your team find contributors for each year’s OFFF Festival? Every year, we receive tons of emails from artists. The proposals we receive throughout the year are countless. Especially for the main titles proposals, artists even propose ideas two years in advance. It’s all very straightforward. The proposals usually start as an invitation to check out someone’s work and new projects. And thanks to the Internet, you can discover so much talent online. Mainly, I use Instagram, Twitter and Vimeo. So far, the Internet has been our main source to identify new talent.

We hear our audience’s suggestions regarding whom they would like to see at OFFF, and we try our best to make them come true. Even with festival speakers who have already attended and spoken at OFFF, we discuss together what new things they can provide to the audience since talks are ever-changing.

There are so many precious OFFF moments! Creative studio Hungry Castle dancing with the audience onstage in 2013 is a hilarious moment. Joshua Davis’s talks are always full of inspiration, and yet, he makes it feel like you’re watching pure entertainment—comedy shows—onstage. Kyle Cooper’s incredible speech before showing his main titles in 2009 will always be on our minds. It was such a fascinating presentation. He opened with a speech from Henry V by William Shakespeare and played the titles after that for the first time onstage—it was so emotional, it left tears in my eyes! And let’s not forget type designer Erik Spiekermann’s strong engagement with the audience when sharing the best design tips in 2011.

What can we look forward to for OFFF 2016? We have a special appearance onstage that will have you stand on your feet and show your moves. Also, we have a very special giveaway that we are currently working on. The main titles will be created by the Aardman Animations team: designer Gavin Strange and creative director Merlin Crossingham. Expect to dive into a musical, creative world. Now, no more spoilers!

Do you have any advice for young creatives just starting out? Never doubt yourself. If people tell you that you can’t do it, show them the opposite.

Héctor Ayuso founded the OFFF Festival in 2000. Today, it’s still going strong. This festival of creativity involves some 20,000 people worldwide. Collaborations that began at the festival have gained international recognition. OFFF 2010’s main titles, created by The Mill, won at Cannes Lions. And the Poool, a trailblazing creative magazine, launched thanks to the OFFF Festival in 2013. Ayuso also cofounded Atelier, an education center in his native Barcelona that exists to feed future generations of creative minds. Ayuso has been working in creative industries for more than 20 years. He lives in Barcelona with his partner Nathalie, their greyhound Takka and his biggest luxury: a pair of running shoes. 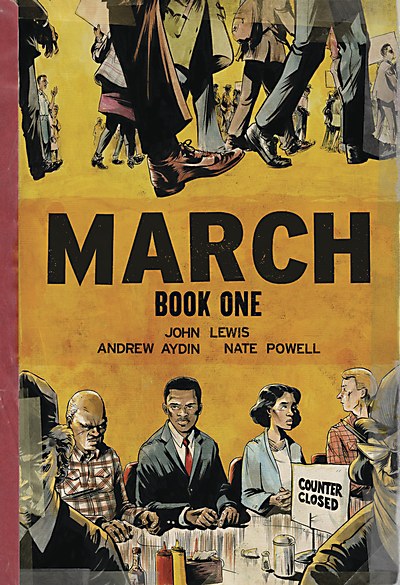 Columns / Business
Careers in Comics
Grace Bello on how illustrators turn to graphic novels to feed their souls—and their careers. 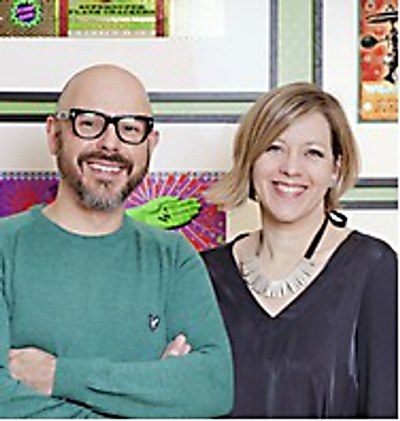 Columns / Insights
Designing Harry Potter’s Map
When designing graphic props for films like Fantastic Beasts and Where to Find Them, MinaLima Design delves into extraordinary ephemera.