Wendy Richmond enjoys the process of reconciling interrogation and play.

A few weeks after I completed my Sewing 101 class, I went to Fabscrap, a nonprofit that recycles excess fabric from textile industry users. Fabscrap’s warehouse, which is located in the Brooklyn Army Terminal, also sells fabric—by the pound! When I arrived, I was directed to an area filled with large bins and bolts: silks, suedes, cottons; thick, thin, shiny, matte. I loaded yards of assorted colors onto the counter, feeling giddy, like a speed-shopping contestant on a TV game show. I stopped at eight pounds (forty bucks), squeezed it all into my backpack and went straight to my studio.

FYI, I’m on a mission. My artwork has been black and white (and, frankly, somber) for years, and it’s time for a change. My venture into color and cloth is a quest for lightening up in my work. Playfulness—doing solely for the sake of doing—has been absent for too long, and I want it back.

As soon as I got to my studio, I tacked up the swaths of fabric. No hesitation, no thought about placement; just grab and tack, grab and tack. In minutes, the wall was singing—royal blue, emerald green, mustard yellow, hot pink—fourteen colors altogether.

I cut two ten-by-ten-inch squares—one red, one orange—and sat down at my new sewing machine. I stitched the pieces together, letting the machine guide me on a random, meandering route. I thought of Paul Klee’s famous proclamation: “A drawing is simply a line going for a walk.” I stuffed the blob shape with shredded scraps. It was squishy and goofy and unexpectedly adorable.

Then, after an hour of joyful, lighthearted fun... THUD! The left side of my brain slammed on the brakes. It took over and demanded answers: What is the goal? Where is this going? WHAT’S THE PLAN?

My venture into color and cloth is a quest for lightening up in my work. Playfulness—doing solely for the sake of doing—has been absent for too long, and I want it back.”

Damn! How can I keep playing when logic is muscling in?

I went home and searched my bookshelves for Klee’s Pedagogical Sketchbook, hoping to find the quote that would justify my playtime. There, on page sixteen, was an illustration: a simple black stroke with the caption “An active line on a walk, moving freely, without goal. A walk for a walk’s sake.” At first, I felt vindicated and promised myself I would return to my state of play. But I kept reading. That first drawing was Figure 1 in Exercise 1 in a primer of 43 exercises for Bauhaus students. Klee’s text was carefully articulated, specific and methodical. A walk, while appreciated for its own sake, was the first step of a progression, one leading to the next, each based on observation.

Later that week, I told a friend about my nagging left brain/right brain headache. She is Korean, and English is her second language; her words, which she chooses carefully, are often more astute and revealing than a native English speaker’s. She said, “It’s important to interrogate your work.” I’m a fan of self-reflection, but the word interrogate implied a tougher, more challenging effort.

Back in the studio, I decided to interrogate each period of play. I toggled between the two sides: immerse myself in a goal-free activity, then use the discipline of note-taking to investigate it. What did I learn? How did it inform my work? Was it compelling?

Here are my observations so far:

1) Sewing on the machine

The speed at which I can work with color is exhilarating, marrying one hue to another, and another. The material is cheap and plentiful. It’s physical in exactly the way I need: light, soft and pliable. All of this tells me to put away the heavy plaster from my last body of work.

Stretchy spandex is funny. Silk is slippery and voluminous. Transparent fabric is, well, transparent. These qualities present metaphors to explore—and I do love metaphors!

I know I will arrive at a point where goal-free activities will be replaced by a specific direction. But for now, I’m exploring, and yes, it’s fun.”

Stuffing these sewn blobs keeps them active. When I use miniscule beads, the shapes squiggle like they’ve lost control. Shredded scraps are good filling for weird contours; lined up, these little figures are an anthropomorphic army. They make me feel silly and comfy.

In my previous column, I mentioned the idea of clothing as templates that could be added on to, with colorful pockets for phones and loops for keys. That was nice, but now my puffy characters are proliferating and attaching to whatever outfit or furniture they’re attracted to. It makes sitting down a contact sport.

I know I will arrive at a point where goal-free activities will be replaced by a specific direction. But for now, I’m exploring, and yes, it’s fun. Interrogation does not have to negate play. I like the repartee, and when I loosen my grip, the two go hand in hand. ca 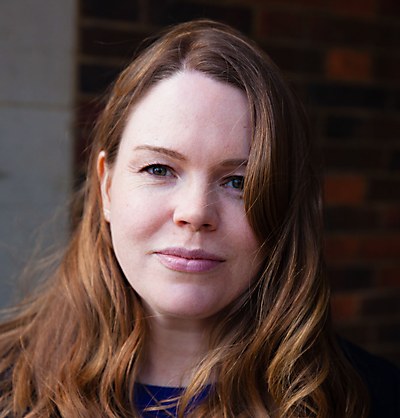 Columns / Insights
The Art of Paper Engineering
Helen Friel’s passion for paper artistry can be seen in her 3-D models and pop-up books. 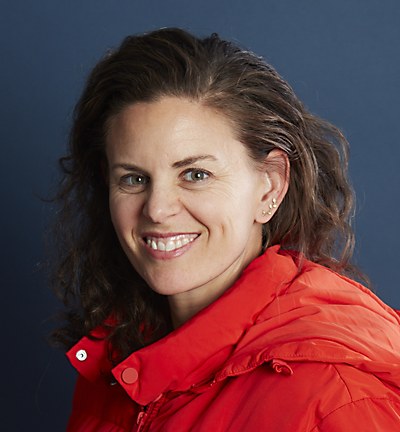 Columns / Insights
Photographing Variety
Kristin Gladney shares how she stays on her toes as the in-house photographer at Wieden+Kennedy New York. 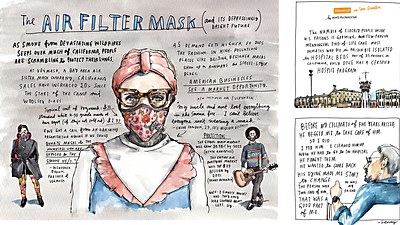