A Subconscious Hard at Work

By Robert Sebree
If you have a degree in what field is it? Engineering from Texas A&M.

What was your strangest assignment? The line between “normal” and “strange” has become blurred over the years and now nothing really phases me, partially due to the fact that when you see the big picture it all starts to make sense. But I guess hanging a totally nude, obese man in a church, in a mortician’s rig, so he hovers above fashion models, might seem odd to some...

Which photographer would you like to meet? The obvious answer would be me in fifteen years because we all want to know where we are headed.

What famous person (living or dead) would you most like to photograph? It’s difficult to choose just one because I always have a long revolving list of people I would love to photograph and it’s nice when you get the call to scratch someone off the list. I guess John Lennon would have to be at the top as I’ve been fortunate to meet and work with Paul, George and Ringo as well as Yoko and Julian and it would be nice to round out that “collection.”

Aside from your camera and lighting, what item could you not work without? Music. I have this big PA system we take on location whenever we can so we can blast tunes. I don’t care what music is playing but good music really helps get everyone into the same rhythm and state of mind.

Is there anything you would not digitally retouch? I would never retouch someone else’s photograph. Other than that there is nothing specifically that I wouldn’t retouch but there are situations where I choose not to retouch anything.

From where do your best ideas originate? Usually from the bad ideas that I don't give up on. Epiphanies usually come to me in the first few minutes after I wake up in the morning and I realize that my subconscious has been hard at work all night.

How do you overcome a creative block? I work through blocks rather than walking away from them. I will revisit concepts that have been kicking around for a long time and usually they will still not get shot but they’ll lead me to something else. I think it’s important to have a few really good ideas that you’ll probably never shoot so you never feel empty.

Do you have creative pursuits other than photography? I enjoy welding, cooking, construction of any type, I design and build a lot of my own sets. As a complement to photography, it’s nice to create something that is physical in its use rather than conceptual.

What music are you listening to right now? Whatever talent wants to hear.

What’s your approach to balancing work and life? Really? People do that?

What’s your favorite quote? Albert Einstein said, “Everything should be made as simple as possible but no simpler.”

Do you have any advice for people just entering the profession? Try not to do what everyone else is doing since there’s probably already someone else doing it.

What’s one thing you wish you knew when you started your career? There is the art of photography and the business of photography and while mastering each of them requires different skillsets the real challenge is combining the two while preserving the art.

Photographer Robert Sebree grew up the youngest in an Air Force family which allowed him to travel and live abroad extensively. While attending high school in Japan he became serious about photography and while attending school at Texas A&M University he was hired by the school as a photographer and started his first studio on-the-side. After graduation from TAMU he went straight to New York where he got a full-time position assisting a well-known commercial shooter. He later relocated to Los Angeles—to develop his own style and concentrate on working with ad agencies, movie studios, record labels and television networks—and eventually signed on with Zahara Reps. 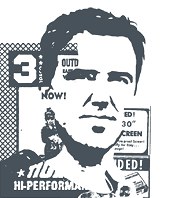 Columns / Insights
Moments of Heavy Silence
Art director Scott Pridgen comments on enjoying the process of discovery, the aesthetic awkwardness of the new Pepsi logo and drawing for his two-year-old son. 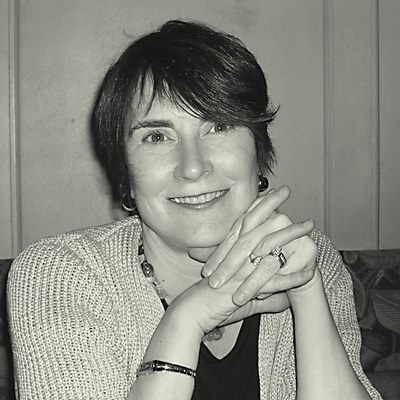