Avoiding the Standardization of Imagination

In order to imagine other worlds, creative director Ilya Abulkhanov reorients his thinking.

Congratulations on the premiere of your sci-fi short film, “ARXIV,” which recently opened OFFF 2019! You also worked on the opening titles for OFFF 2009. What changes do you observe in the industry returning to OFFF? Existing combinations of software have generated a visual culture that’s accessible to many. Back in 2009, I saw a variety of attempts to emancipate previously established, traditional design practices through the application of new software covering both 3-D and 2-D practices. Now, we live in the aftermath of previously generated design templates, which have so far either cheapened everything visual or applied it to the offline world through brochures, magazines, tote bags and other consumer-oriented products. Clean, polished and cool design is everywhere. So in that sense, design has won the battle in terms of producing some kind of form, but it’s lost its autonomy to be applied in serious terms to anything that directly touches upon ideas.

I think design should have an ethical attitude towards the production of fiction, nonfiction and noncommercial propaganda in order to physically propagate emancipatory practices that enable people to imagine a world serious about changing its overall politics and infrastructure, to make the planet “nice” for everyone.

How did you get the idea for “ARXIV”? Conceptually, I was trying to depict our attachments to individual memories that are subjectively constructed, shaped and surrounded by the exterior conditions we find ourselves in. I read somewhere that we retroactively construct our past, with a certain amount of bias coming from the culture we were shaped by. I liked the idea of individual attempts to escape the here and now. So, what would one want to escape to? Our past? Our work routine? The mundane? This is what I was struggling with in terms of the narrative construction of the film.

In terms of production, I wanted to make something that breaks from the traditional understanding of what design practices can control. Instead of making an image, I wanted to deal with the problematic scenario of capturing a scene as a material, and then experiment with it in post so as to bridge the process of pre-production, production and post-production. Ultimately, I wanted to experiment with applying design methods and practices to abstract narrative structures, and touch upon problematic topics of the everyday across the past, present and future.

What interests you about science fiction? Science fiction is basically a genre that is constantly looking for ways to say something impolite about the present. It extrapolates the future of that present in the hopes of suggesting a change to the future we are potentially heading towards, or even more impolitely, the past we are coming from.


Science fiction is basically a genre that is constantly looking for ways to say something impolite about the present. ”

When you’re conceptualizing another world, like the alternate apocalyptic future “ARXIV” or the surreal planet of Rihanna’s “Sledgehammer” music video, how do you kickstart your creative process? I start with making visual concepts. Other times, I make textual ideas, as if they are chapters. Visuals become an intermix—a curatorial combination of personal and other ready-made images, like normal photographs of objects, scenery and characters; computer-generated images; and self-initiated graphic elements that help inform the composition and color, which generally helps set all the above in motion. The environment in the “Sledgehammer” music video was an expressionistic alteration of the planet that Rihanna’s character was depicted in. The soil was painterly and psychedelic.

How do you apply your studies in media theory and film to your current work? It enables me to avoid the standardization of imagination in order to make different connections and play with different signs. Media theory supposedly touches upon communication, but if we want to change what we communicate about, we must pay attention to production processes that allow for different practices since all media has become democratized.

Ilya Abulkhanov is a creative director at Mill+, the integrated production team of directors, designers and creative technologists that is focused on concept-to-delivery creative partnerships. Over the last fourteen years, Abulkhanov’s meticulous eye for design has led to a successful career of challenging, graphically driven projects across the feature film, music, gaming and advertising industries. Abulkhanov first honed his skills as creative director at Prologue, where he created title sequences and cinematics for franchises such as Iron Man, X-Men and Destiny, along with numerous show packages for MTV. Since joining Mill+, Abulkhanov has led high-profile projects including the music video for Rihanna’s “Sledgehammer” and the iconic title design for Jay-Z’s Grammy-nominated “The Story of O.J.” Before moving to Los Angeles in 2006, Abulkhanov studied media theory and film, and worked as an editor in Kuala Lumpur, Malaysia. 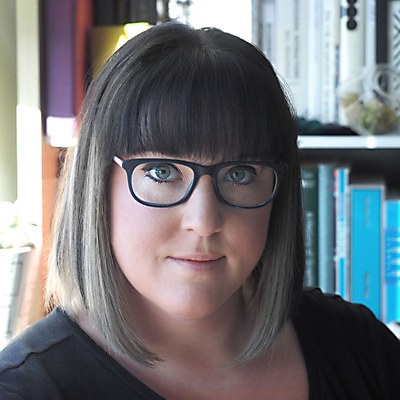