How did you get started in filmmaking? I grew up in a small town in central Illinois and was extremely restless in that environment, so I turned to writing and then photography as an outlet. My mom was great about taking me to the local video rental store and encouraging me to pick out independent films. When I became particularly obsessed with a film, she’d buy me a copy so I could properly study it. I remember sitting on the floor of my big sister’s bedroom with my mom, rewinding scenes of Eternal Sunshine of the Spotless Mind over and over to study Ellen Kuras’s cinematography. The way Kuras captured an internal world and communicated it through imagery was the most beautiful, special thing.

It took me twelve more years to build up the courage to try to become a filmmaker. On one hand, it makes me sad to think that I lacked the self-confidence, but on the other hand, it makes me appreciate the ways my roundabout path informed how I think about filmmaking. In university, I studied political economy and became passionate about how capitalism infringes upon the rights of humans, animals and the planet. This drew me to activism, and now I bring that sensibility to my art. I approach storytelling that is centered around these questions: What do I want to teach? Who needs to be heard? Who needs to hear them?

How did you develop your vibrant filmmaking style? In part, it is thanks to my cultural heritage—my family is Sindhi, a South Asian ethnic minority group, and a massive part of our culture is embracing the beauty and spiritual power of colors. I grew up in a chromatically aberrant family. Although the two houses we lived in during my childhood were both located in neighborhoods with beige and gray palettes, my parents painted one house turquoise and orange, and the other pink. My dad always wore bright colors to work, sticking out like a sore thumb in a sea of neutral tones. There was an unspoken lesson in all of this: embracing your taste in color and flaunting it unashamedly is an important act of self-expression, and color is a powerful vehicle for inhabiting this weird world.

What did you wish you had known when you were working on your short film, “Birth Control Your Own Adventure”? I used to feel like there were things I’d change about it, but I’ve since learned to embrace its imperfections. If there’s one thing I’m glad for, it’s that I ignored the negative feedback I got when I was making the film. If I’d listened to the men who told me this idea was weird and that they “didn’t get it,” I never would’ve released it. I am so grateful that I held on to the shred of a belief that this story belonged in the world, and that my visual approach was the right one for it.

I approach storytelling that is centered around these questions: What do I want to teach? Who needs to be heard? Who needs to hear them?”

The first season of Body Language focuses on the normalization of women’s pain, while the second season focuses on mental health. What are the challenges of visually approaching these important and difficult issues? For me, visualizing other people’s deeply personal health stories was an opportunity to stretch the boundaries of my own ability to empathize. I listened as carefully as I possibly could to the subject and then imagined myself—my body and my mind—going through what they’d been through. What would it feel like to me on a visceral level? What colors did I associate with these feelings? What textures? More critically, I involved the subjects in the visualization process. Often, I’d have them close their eyes with me during their interview and talk on a more stream-of-consciousness level about the metaphorical imagery that came to mind. That’s how we arrived at depicting painful sex as “glass shattering inside you” and the side effects of antidepressants as “a thousand rubber bands tightening around your skull.”

Why did you choose to use such a wide variety of mediums, such as stop-motion and collage, in Body Language? For the first season, I explored using mundane objects to tell stories of gravity. I loved that contrast. For the second season, I worked with the talented painter and illustrator Avalon Nuovo and animator Louise Miller to create stop-motion collages. Avalon primarily hand painted each frame on top of photographs I’d taken, and Louise assembled the animations, contributing some stop-motion animation as well. I loved the way this represented the subjectiveness of reality as being warped by an individual’s mental health.

You recently said in an interview, “It’s such an exciting time to be a woman in film!” How so? I’m new to filmmaking, but from what I gather, the industry is more willing than ever to give us money to make our work. There’s still a lot of ugliness, but it feels like we’re moving in the right direction. Now the challenge is to make this work for the right reasons—not out of a push to commodify trauma. There’s a difference between giving historically oppressed voices the long-overdue mainstream spotlight, and corporations profiteering off the real, lived struggles of marginalized groups. To me, it matters immensely who is hired to tell these stories and make this work. Who’s behind the camera? If the majority your production is made up of White, hetero, cis men, I’m not impressed.

What needs to change in the film industry in order for it to stay relevant? My female friends who are directors and I talk a lot about how we can design and embody structures of power that are distinctly feminine. Sometimes it’s hard to know what that looks like because we haven’t had that many opportunities in our own lives to see this modeled for us, but we know we want to create an alternative to masculine leadership styles. The more we can experiment with this in the film industry, the better! I think it will open up new, innovative approaches to storytelling.

What’s the best advice you’ve been given in your career? A lot of my work is personal narrative, and in the past, I’ve gotten anxiety over what feels like immortalizing my perspective at any given moment when I know that our understanding of ourselves is ever evolving. But my mom reassured me that the beauty of self-portraiture is that it’s temporal. No one is owed you staying the same—not in art and not in life. Now I’m a lot less fearful about sharing myself. Thanks, Mom!

Based in Los Angeles and London, Sindha Agha is an Emmy-nominated filmmaker who has made a name for herself by creating viral digital pieces with distinct and vibrant visuals. Agha kicked off her career by writing and directing “Birth Control Your Own Adventure,” a tragicomic short acquired by the New York Times, which reached 12.6 million organic Facebook views, making it the New York Times’s most popular op-doc. The film went on to be accepted into both the Tribeca Film Festival and the Palm Springs International Film Festival as a part of their official selections. Agha has since been awarded two separate Sundance Institute fellowships, directed two seasons of her critically acclaimed series Body Language for BBC Three, contributed to Radiolab, published work in the Atlantic and been nominated for Video of the Year by the Society of Publication Designers. 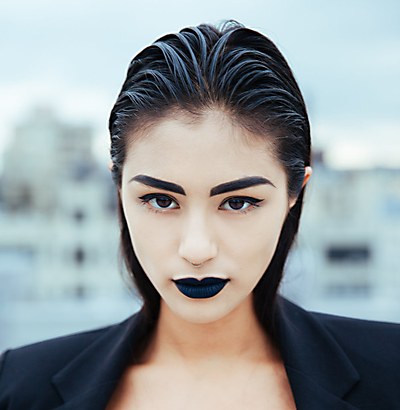 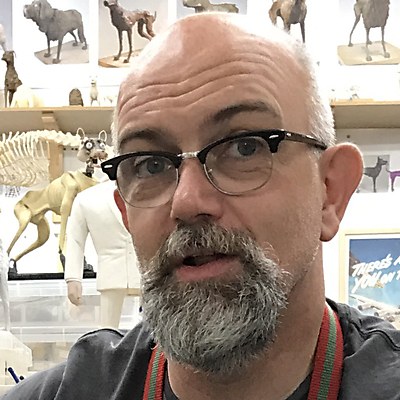