An Experience to Remember

The buzz of the crowd fills the 6,000 square feet of a former print shop in Portland, Oregon’s trendy Pearl District. Some 400 guests mingle and view huge portraits of young female gymnasts hung from the ceiling, and on the walls, those of swimmers, bowlers, a jazz drummer, a slam poet and others, all muscling their physical, imaginative and mental might. Videos of these same athletes and artists flash from screens translucent and double-sided, huge and curved. The 20 Spirit of Sport concepts, each paired with a written narrative, urged the crowd to interact with them during the one-night-only event in spring 2017. For the fifth time since 2010, Swanson Studio celebrated its creative brilliance, collaborative advantage and community camaraderie in the event it calls “20/2.”

20/2 is one of several experiential marketing events that Pacific Northwest–based creatives have held in recent years. And given the many benefits of such events, the photography and design industries could use more of them.

Experiential marketing takes place only in the physical world. So do in-person exhibitions and presentations, but unlike other real-life experiences, experiential marketing encourages people to actively engage their senses in a dialogue with a company’s brand, feel inspired by the intellectual and emotional experience of it—and remember it. From participatory street action to spectator sports to art-making gatherings to open studios’ interactive displays, the options are endless.

“Experiential marketing is social and encourages a sense of community,” says Marcus Swanson, owner of the 25-year-old Swanson Studio. “It’s more about sharing than showing ourselves off and selling.”

Since the first 20/2 event, held in 2010, Swanson and his studio’s other two photographers, Tyler Ashlock and Paul Wegman, have dreamed up 20 test concepts nearly every year, pushing their creative passions against a self-imposed two-month deadline (hence the name). They did it on their own terms, their own time, their own dime—all to fuel their inspiration. Each year, they stretched their photography, editing and, eventually, film skills, doing work that was true to themselves, not for any client. Unlike the other 20/2 events, their most recent had a six-month deadline, since, for the first time, it included mostly pro bono collaborations with 23 designers, photographers, editors and writers from around the region and beyond.

“The 20/2 event was a huge driving force for people,” says Swanson. “To be part of something greater and share that with the community elevated the creative and marketing opportunities for them, too. It was incredibly humbling for us that people put such energy into it and took time out of their lives and work.”

Aaron Allen was one such collaborator. Then a group creative director at Portland-based ad agency Wieden+Kennedy, he brought to 20/2 his vision for a shoot featuring girl gymnasts, his fourteen-year-old daughter among them, and volunteered as creative director for the project. “I got to get my creative juices flowing,” says Allen, now group creative lead at Google Brand Studio in Portland. “And I love the process of working with someone, sharing ideas and getting to a place that neither of us would’ve found on our own.”

A couple of months before the last 20/2, sixteen portraits of the gymnasts and a slow-motion triptych video of them, looping like a musical round, were displayed in Wieden+Kennedy’s lobby as its own experiential marketing event. A balance beam placed in front of the video—and rising barely off the floor—welcomed people to wobble along its mere four-inch width. Nearly 100 visitors passed through the ad agency’s doors that night, and for another two weeks, the exhibit stayed open to the public in the evenings.

Hal Curtis, creative director at Wieden+Kennedy, contributed to the editorial process of Swanson’s 20/2 film “Providence Run,” which follows an early morning runner through the streets of Portland. And assistant editors at Wieden+Kennedy’s editing house, Joint, cut and produced the film’s visual effects, color and sound—all for free. “Creativity for creativity’s sake,” says Curtis. “Everyone involved in the project wanted to be involved.”

As for media technology company satis&fy, its chief operating officer Dirk Vennemann was thrilled when Swanson asked them to take part in 20/2. Headquartered in Frankfurt, Germany, with nine branches (two in the United States, in Portland and Brooklyn), satis&fy transforms events with the latest in scenic design and room-in-room experiences. It did all that for 20/2 by using the newest laser projectors and double-sided, flexible, organic light-emitting diode screens—again, for free.

“It was an opportunity to showcase how an experiential marketing collaboration between two partners who are great at what they do can result in something even greater,” says Vennemann. “Experiential marketing can create stronger bonds between clients and our brand by immersing them in unexpected and inspiring experiences. It’s about emotions.”

For his studio’s many clients who came to the 20/2 event, Swanson says this: “I hope they saw our determination to do what we love and our commitment to challenge ourselves, persevere, perform and achieve.” And for other eventgoers? “It was about being part of the connective tissue of the community, that collective spirit. Hopefully, seeing the sheer joy and the pure, positive energy in the act of creating would spread more seeds of creativity.”

Nemo Design, a Portland studio that helped conceive and edit the 20/2 video of three generations of bowlers, has hosted its own experiential marketing events. The PDX Pinewood Classic derby race in 2012 benefited Mercy Corps Northwest, the regional entrepreneurial-aid arm of the international humanitarian aid and development organization. Nemo invited local designers to build and race eight-inch woodblock cars for the event, which attracted about 200 people. In November 2016, the company involved designers again—this time for the national Pabst Blue Ribbon Art Can contest. “Experiential marketing events like these enhance the reputation of the company hosting them,” says Jeff Bartel, principal at Nemo. “But not necessarily in a way that directly translates to sales.”

Stanley Hainsworth agrees. “You don’t always get immediate work; it’s more about increasing awareness,” says the chief creative officer at design firm Tether in Seattle, which created the identity and collateral for 20/2 and collaborated on shoots. “Experiential marketing builds the halo around your brand.”

The event that Tether held during the holidays in 2015 and 2016 sure did, putting into action the firm’s tagline, “We are the stories we tell.” The firm built a giant red wooden mug and set it up a block from its office, in Pioneer Square’s Occidental Park. Anyone could enter the Cocoa Confessional to “reveal her or his deepest holiday secrets: the good, the bad and the ugly sweaters,” as the event’s website reads. Inside, a video camera recorded participants—if they wanted—and social media took care of the rest. Everyone enjoyed free hot cocoa, including the homeless, many of whom live in the area. With them in mind, Tether rallied surrounding businesses to help collect coats and other warm clothing to give to those in need at the following year’s Cocoa Confessional. It’s just one of the many community fundraising, art and music events Tether has done, “all to interact with our creativity and encourage creativity in others,” says Hainsworth.

Tsilli Pines, digital creative director of FINE, in Portland, is host of CreativeMornings Portland, a global breakfast lecture series. Out of this same vein of creatives banding together came the first Design Week Portland, in 2012, of which she is director. From fashion design and graphic design to architecture and urban planning, Design Week Portland features interactive events, open houses, installations, speakers and near-constant conversations about the ever-evolving state of design in the city. This year, the event drew more than 300 people.

“We don’t actually think of these primarily as marketing events,” says Pines. “They’re community events that contribute to the ferment
of the city. Business and marketing happens, along with civic work, creative connections, and other commercial and noncommercial activities.” For FINE, during Design Week, “we reconnect with clients, meet new people who may be future collaborators and generally raise our profile within the city,” she says. “The benefits for attendees range from learning something that can inform their practice to getting a new job.” And everyone feels more connected to the design community.

Pines attributes the success of CreativeMornings and Design Week—in fact, of any experiential marketing event—to this: “First and foremost, you have to think of the value to attendees,” she says. “What can you provide that’s helpful or enriching? If you’re thinking about your own objectives ahead of the public you’re engaging, your math is wrong.”

For Swanson, it all adds up to a focus on others “instead of ourselves,” as he puts it. “This is not only the most effective way to go, in terms of relationship building, but also it feels the most wholesome. Holding other people’s stories up is pure of heart and authentic. The results are far more powerful when we do something with others, for others.”

That’s why Swanson and satis&fy aim to take the 20/2 event to other cities—possibly Seattle, Brooklyn, Amsterdam and Frankfurt—“so
we can continue the richness of the experience,” Swanson says. “I’m wanting the wind to pick up and blow those seeds of creativity
into other places, where they can take hold and continue to spread.”

When they do, they’ll also help spread the value of experiential marketing. Whether it’s a single firm’s one-nighter or a citywide weeklong series, photography studios, graphic design studios, collaborators and other creatives won’t be the only ones who benefit. Entire communities will, too. ca 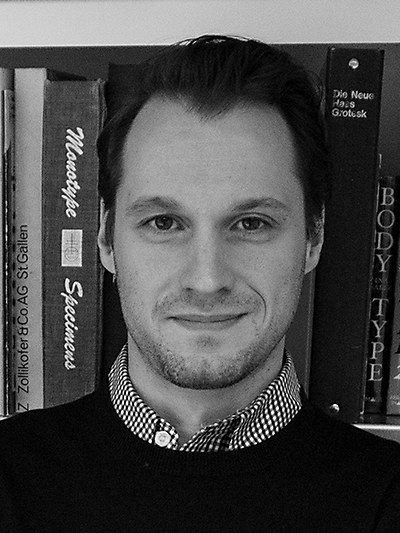 Columns / Insights
Get Past the Way Something Looks
Curator Alexander Tochilovsky dusts off the stories overlooked in design history. 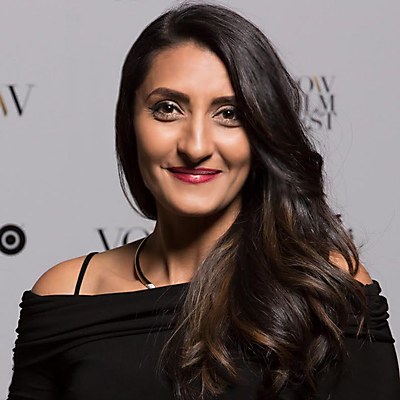 Columns / Insights
Justifying the Headset
Four years after trying a headset for the first time, Resh Sidhu takes the pulse of virtual reality. 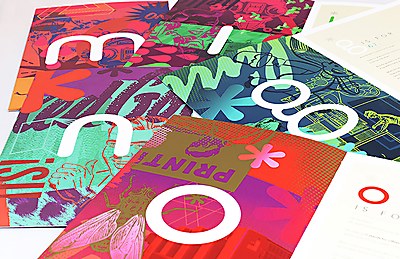