Are We Sustainable Yet?

Phil Hamlett on what designers expect from sustainability (and vice-versa).

As designers, we are accustomed to making things. Accordingly, it is difficult for us to get accustomed to the idea of unmaking them. This is one of the more vexing conundrums one encounters when exploring sustainability from a design perspective. Oftentimes it is the absence of a thing that has value: Consider carbon-trading schemes where companies speculate and trade on their ability to refrain from doing something.

Perhaps our definition of “success” needs examining. In our lifetimes, prosperity and happiness have been synonymous with affluence, which in turn is synonymous with having more stuff. Certainly this is drilled into our collective heads via advertising and mass media. The unsustainable nature of this dynamic is compounded by the toxic compounds from which much stuff is made, and the obsolescence that was designed into it.

HIGH EXPECTATIONS PLACED ON SUSTAINABILITY Our current economic situation and the arrival of a forward-looking president have placed a tremendous emphasis on environmental matters. In addition to President Obama holding environmental concerns in higher regard than his predecessor, the stakes are much higher than ever before: Climate change is progressing faster than anyone expected, fisheries are being rapidly depleted, deforestation continues at a reckless pace and global carbon emissions are not exactly shrinking.

The thought of many is that the development of a “green economy” will help lead us out of our current economic funk. This idea is due in part to people like Van Jones, author of The Green Collar Economy, who have had an impact on how policy makers are viewing the current economic malaise.

Normally dour business publications speculate, “...capitalism has gone off the rails.” For now, the immediate prescription seems to be heaping doses of bailout, administered liberally. But looking ahead, President Obama has promised reforms that are up to the task. It is now conceivable that some sort of radical overhaul of our taxation structure might actually be implemented. Initially advanced by Paul Hawken and advocated by Al Gore, the prospect of “tax what we burn, not what we earn” would reflect the true costs of production, providing economic incentive to develop earth-friendly means of commerce.

For clues about what everyday life in the U.S might soon look like, a quick glance at Europe can be instructive. In Germany, kitchens routinely have five trashcans, none of which are for glass (most liquids come into the home in Tetra Pak). Glass is relatively uncommon, so much so that when you do use it, you are responsible for hauling it to a central repository; it is not picked up. In England, people are fined for any trash that does not fit into modest-sized, government-regulated bins.

WHAT CAN SUSTAINABILITY EXPECT FROM DESIGNERS?Design has played a more active social role in the past. A quick flip through Meggs’s History of Graphic Design shows a robust application of design skills in a variety of settings. However, as of late, concentration on commercial interests has left the design muscles needed for other functions weak. Designers stand at an impasse, not quite certain what role design will play in this emerging reality and daunted by the prospect of this uncharted territory. What exactly is the larger role for design? For the most part, we haven’t really figured that out just yet.

As a profession, we have finely honed the skills necessary for the commercial applications of our craft. At Denver’s 2007 AIGA conference, IDEO’s Stephen Wahl said: “As designers we have been very effective in teaching people about more; can we teach them what enough means?” Ben Davis of words pictures ideas in San Francisco wants to go even further: He preaches the gospel of less (<) and developed what he calls the world's first “open source brand” to support that idea.

Elsewhere, schools and AIGA chapters across the country have begun to fill in the gaps by producing a variety of competitions showcasing design applied to social change: the 2007 cause/affect competition in San Francisco and the AIGA Colorado Design for the Greater Good Awards competition among others.

WHAT DOES SUSTAINABILITY EXPECT OF YOU?Sustainability is the epitome of the “think global, act local” dynamic. It is a problem that faces us all, yet it must be solved at the individual level. As the U.S. assumes a leadership position on these issues, so too must its citizens. To paraphrase Free Range Media’s online video The Story of Stuff, there is so much that is wrong, that there are many points of intervention. Below is a range of possibilities for designers to consider as they look for wider circles of involvement: personal habits, studio procedures, business practice and public policy.

Personal habits: In order to begin detecting improvement of any kind, we have to know from where we're starting. Attendees of this year’s Compostmodern design conference were able to see how Saul Griffith’s carbon footprint calculator provides a personalized accounting of energy usage. Eventually, checking this number and knowing where you stand will be as common as checking your blood pressure. It is commonly known that people who keep a diary of their food consumption are more likely to lose weight and keep it off. If we apply the same basic principle to our energy consumption, it will become the means by which we can achieve steady reductions. (The author weighs in at 5,955 watts.)

In addition, designers can fold more industry-specific adjustments into their lives: opt out of mailings whenever possible or take a more aggressive approach to managing mailboxes through regional nonprofit agencies such as the SF Environments Stop Junk Mail Kit or through paid services such as 41pounds.org.

Studio procedure: For many designers, the distinction between their professional and personal lives is blurry. Nonetheless, there are habits and policies in the workplace that have further-reaching impact than those of individuals. Consult the "Green Offce Punchlist" on the AIGA Center for Sustainable Design Web site as a starting point to get your business into proper trim. Don't own your own building and cannot commission engineering audits? Request them from your landlord. The more demand of this nature that’s placed, the more it will influence acceptable standards.

For those interested in moving beyond a punchlist and into something more procedural or holistic in nature, ratifying The Designers Accord and digging into its guidelines will ensure that you are not only on the right path, but contributing to the development of best practices within the industry.

Business practice: The next few years will most likely see tremendous shifts in virtually every industry in what is considered standard business practices. Everyone is beginning to examine themselves through a green lens and many pioneering initiatives of today will be the accepted way of doing things tomorrow.

You can begin with your own client relationships. Gaby Brink of Tomorrow Partners has added a “carbon offset” clause to their standard business contract. This is an easy way to test the water, developing reciprocal policies that reinforce your willingness to work together. Your clients may amend their own contracts to ensure a meeting of the minds on green issues. And more than likely, your clients will alter their own contracts so that the same concerns are observed by their other business partners. Think of it as an eco-litmus test: What would you think of a client who refuses to offset your carbon?

The extension of this thinking has given rise to the concept of the B Corporation, a nonprofit league of businesses that have become "a new type of corporation which uses the power of business to solve social and environmental problems." Such companies ascribe to certain sets of rules by which they believe business should be conducted. In creating an economic ecosystem where everyone is doing the “right thing,” they hope to create standards for all businesses to adopt and emulate.

And we should take care not to succumb to the pervasive trend of greenwashing within the context of the work we perform. For a detailed look at greenwashing's regrettable tendencies, download the “Six Sins of Greenwashing” PDF by TerraChoice.

A lot of sensible information needs to find its way into the public consciousness, and we need to do our part to make certain the integrity of these transmissions is intact. When we have captured people's attention, let's make certain that what we have to say is worthwhile and meaningful.

Public policy: This last-and largest-category is the toughest one for designers to crack. At last year’s Gain conference, Marcia Lausen of AIGA’s Design for Democracy initiative noted that in her work with election officials, it was clear that she was the only designer they had ever encountered. Within the public sector at virtually every level, there is a tremendous dearth of design thinking. However, some municipalities are making bold strides, accomplishing minor miracles in the absence of any leadership from Washington on these issues. How badly would they like a design ally?

Looking ahead, if we can take the best ideas of the free market and combine them with a renewed sense of civic responsibility, then we might indeed deliver on what President Obama described in his inaugural speech as “the power of imagination joined to common purpose.”

John Thackara eloquently echoes that sentiment in his book, In the Bubble: Designing in a Complex World: “The critical issue—for people, organizations and governments alike—is knowing where we want to be. The imaginary, an alternative cultural vision, is vital in shaping expectations and driving transformational change. Shared visions act as forces for innovation, and what designers can do—what we all can do—is imagine some situation or condition that does not yet exist but describe it in sufficient detail that it appears to be a desirable new version of the real world.” Let's get to work. ca

Trained as a graphic designer, Phil Hamlett has over 22 years of experience in a wide variety of design and communications roles, working for studios and clients large and small on both coasts. Currently, he is ensconced as a design educator (hence the use of words like “ensconced”) at the Academy of Art University in San Francisco. As the driving force behind the AIGA Center for Sustainable Design and the founder of Compostmodern, his interest in developing sustainable business practice rounds out his time. 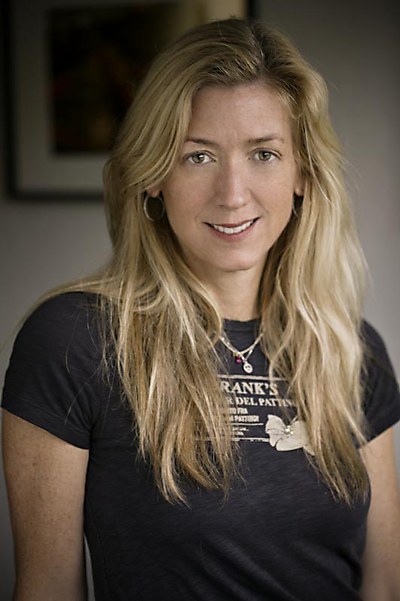 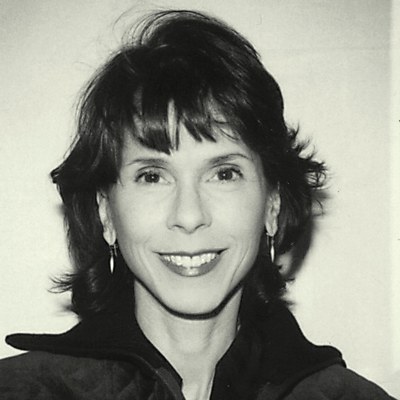 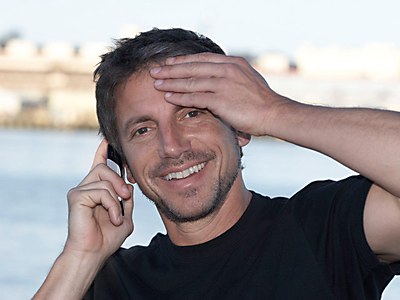