In her large, light-filled space, every wall of Catherine Zask’s Paris atelier displays designs both produced and experimental—the work of an intense, intellectually curious, graphic artist. The studios of other hard-working graphic designers, architects, artists and photographers surround hers; the collegial atmosphere offers autonomy as well as an occasional shared bottle of wine. A series of large silk-screened posters hang from a ceiling rack displaying her work at its most powerful and reductive. There are also many examples of shattered, decomposed letter strokes that illustrate Zask’s iconoclastic approach to formal typography, with letters often abstracting words into independent constructions.

In a career spanning over twenty years, she has embraced the new technology with enthusiasm. “Computers have completely changed design. Whether you are a designer, photographer, architect, filmmaker, artist or work with sound or animation, we all use the same tool. Everything is now totally mixed; graphic design is no longer only about print, and the boun­daries are blurred. When the computer first came we thought it was something extraordinary. It is. You are given lots of freedom and it is so easy. For me the new change was wonder­ful. You can do a great deal with this wonderful, bloody computer, but you have to handle everything and you have to know everything. All I ask of the young people who want to work here is that they are totally at ease with every aspect of production and the software. Knowledge liberates the spirit and allows you to think about something else. The only purpose of the computer is to know it very well, like a pen, not to ask how to use it.”

Zask also urges young designers to deepen their experience and learn other skills. “In schools here students do graphic design, film, sound and animation. Graphic designers want to be artists; artists want to be graphic designers. I don’t think this is either good or bad because in the past most artists have been multi-talented. I do many things: write, paint, draw; you can easily write, and draw as well as make films, there is no contradiction.” She thinks that students should be taught film, arts, theater, choreography and costume design. Zask would also like to see the introduction of national Living Treasures programs modeled after those created by the Japanese government. The programs are responsible for supporting exceptional artisans and rein­troducing craftsmanship that has become so devalued. “It is extremely noble to work with your hands,” she states. Promoting encounters between designers and students in business fields like economics, administration and the sciences is another one of her important goals. Her objective is to create a mutual understanding between cre­atives and those who represent the attitudes and pragmatic concerns of the client side. 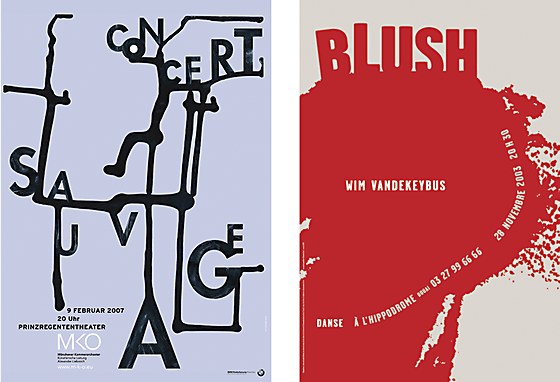 However marketing and self-promotion are clearly not part of Catherine Zask’s life. Her approach to work is intensely personal and idealistic. “I don’t have anything against commerce because it is part of our society, but busi­ness thinks about profit and profit is not related at all to art and creation. Some designers think there is a method or system for success. It is exactly the contrary; everybody should seek his own fundamental path. There is no one method, one system or one procedure. The only constant is that I deal with people; the rela­tion­ship brings about the method. A graphic designer’s work mainly consists of giving ideas a visual existence. This does not necessarily mean that ideas come before their visual shape. Sometimes the visual find, based on intuition, is what comes first. The next stage is essential. It consists of validating one’s intuitions; formulating, clarifying, expressing. The words put the image to the test and declare it to be valid or not.” However one works, according to Zask, if design is created within the framework of a commission, it must always convey meaning. 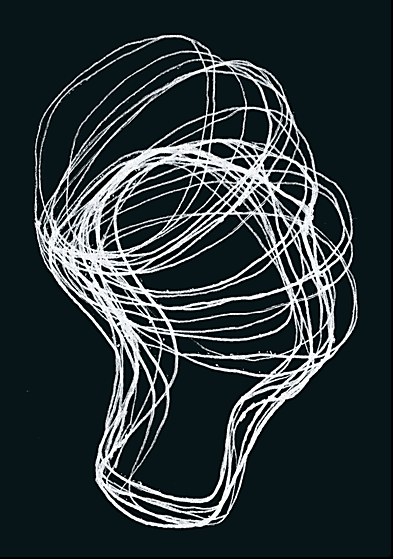 As a one-person studio—with the occasional intern—Zask has a low overhead and the advantage of being very selective. Her clients are also very loyal. “For about twenty years I have been working for institutional communication clients like universities, museums and theaters. My primary objective is to find people that I get along with. I have always been interested in working for private companies but it just never happened—until recently.” For Hermès, the manufacturer of luxury goods, the project involved creating an image and promotional material introducing the Prix Émile Hermès prize awarded for the creation of an innovative object based on the theme “Everyday Lightness.” The competition is open only to designers in Europe. The second commission came from the construction group, Bernardet, for a new project based in the south of France. “The director of the company saw a small image of one of my posters in Le Monde, and contacted me about creating a new identity program for the company. I am extremely critical of real estate development in general, but I like this man and respect his deep relationship with this region and his sincere desire to preserve its integrity. I need to respect the client from a humanistic point of view, because without mutual esteem, dialogue and trust, it is impossible.”

Although Zask insists she does not have a formal design philosophy, her strong, personal ethic affects every part of her creative and professional existence. “Much of my design work is not related to clients so without devaluing the importance of that relationship it is not the foundation of my work. I exist without my clients. My approach to design is the same whether it is for commissioned work or personal.” Zask’s energy and restless curiosity has created a diverse body of work. “Computers have brought me calm, autonomy... and backache. The computer’s fantastic reactivity shows me a visual step that produces another idea, opens up another pathway. Not ideas, directly, but direct access to the structure of words, my raw material. Words, for me, always lead to the image. Reading, saying, writing, pulling apart, rubbing words against each other, splintering letters, this is what gives rise to visual creation. What would happen if A jumped onto B? Click! There it is! Overlap? Collision? Overwrite? It happens as fast as I can think it.”

Most of her designs imply space, flux and active movement whether jagged or overlapping forms or strong oblique compositions. In a total departure from her use of bold, solid letterforms, an intriguing series was born after she decided to keep her many rambling doodles. According to a French dictionary, a gribouille (doodle) is a “naïve or unwise person who foolishly leaps into the very problems he was trying to avoid.” But Zask leaps in wisely to exhibit her playful spirit and kinetic energy, using her pen to seek a new path or dimension. Instead of throwing the doodles away she scans, enlarges and sometimes animates them, discovering “X-rays of thought” that she can develop into books as well as screen presentations. “I find it quick and easy to draw.”

In 1993, Zask won the most prestigious grant awarded by the French Ministry of Culture, the Prix de Rome. This is a competition for working artists, architects and writers, similar to our Guggenheim or Fulbright scholarships. The selected winners (called pensionnaires) are provided with studios at the Villa Medici, Académie de France in Rome. The stay in Rome lasted for a year during which time she developed her research on writing and recomposing signs based on letter strokes. As a result of this project, she created the alphabet, “Alfabetempo” and continues to experiment with cutting, folding and pasting, as well as transparency and three-dimension. Today the richly complex experience in Rome at the Villa Medici still informs her various projects. Retrospectives of her work took place in 2004 at the Galerie Anatome in Paris, (“Zask’s the question”), the Museum für Gestaltung Zürich in 2005, at Artazart in Paris (“Kaléidozask”) and the Design Center of the Czech Republic (Brno) in 2006, Prague, 2007 (“CZ in CZ”). Zask has won several awards and is a member of the Alliance Graphique Internationale (AGI). She is a stimulating lecturer and has participated in juries in France and abroad.

When asked what other career she might have pursued if she had not decided on graphic art, Zask replies, “I can’t imagine any other career that could have encompassed my inordinate love of words and letters, my tendency to value the demands of others over my own, my acute maniacal perfection. No, really, I had to be a graphic artist.”

All newly hatched designers begin with an unspoiled enthusiasm for their new career, but dealing with life’s realities can require certain compromises. After twenty years Catherine Zask is an inspiring artist who has not lost that original idealism and innocence. She is still a purist. ca

Linda Cooper Bowen is a marketing consultant interested in exploring current business issues which concern the creative profession. She has written for Communication Arts, Graphis, Print, HOW and I.D., as well as a number of foreign publications. Bowen has taught a graduate marketing course at Pratt Institute and is a frequent guest lecturer to design organizations in the U.S. and Canada. Her book, The Graphic Designer’s Guide to Creative Marketing is published by John Wiley & Sons, New York. For additional information, see lindabiz.com. Bowen live in downtown Jersey City, where she enjoys an excellent rear view of the Statue of Liberty. 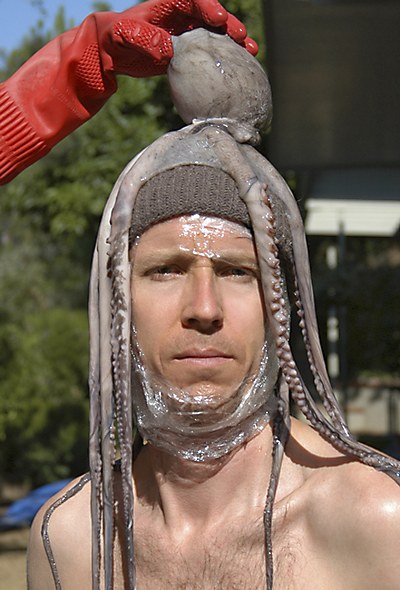 Columns / Insights
The Value of Balance
Illustrator Keith Dixon wants everyone to know about Oscar (the octopus): Since his illustration is beloved by many but paid for by few, to pay the bills, Keith does movie and television print advertising. Finding a stock shot of an octopus on someone's head proved, well, impossible. That left him.

Columns / Advertising
The Dog's Guide to Advertising
Ernie Schenck reminds us that simplicity is sometimes hard to find.