How did you get started as a music producer? I had been working in radio production and voice-over. But when the Screen Actors Guild and American Federation of Television and Radio Artists strike happened in 2000, I couldn’t work and had to get a full-time job. I answered an ad on Adweek looking for a music producer at a music production company called tomandandy. Looking back, I definitely didn’t have the right experience, but luckily, they were crazy enough to hire me. It was such an incredible learning opportunity and I found my calling.

When and why did you decide to cofound the music and sound company Barking Owl? In 2009, I was a single mother with two kids, no money and mountains of debt. My boyfriend at the time, now my husband and business partner, brought up the idea of starting our own company. We wanted to create a music company that really puts creatives first, and with nothing to lose, it felt like the perfect time. There is something freeing and empowering when you are in a position where you have nothing to lose.

What are the opportunities and challenges of music producing? Being able to produce music for a living is one of the most incredible gifts. At Barking Owl, we get to push boundaries and see how far and experimental we can go, while also telling proper stories. Music enables the best storytelling, and collaboration with people who can make you better. That being said, music production comes with its own challenges as well. “Demo love” is often the biggest challenge of them all. When people watch an edit over and over with a popular track that they cannot have, it’s incredibly difficult to remove themselves from that track. Demo love is natural; it happens every day and it’s a huge hurdle. Shrinking budgets are a problem too, but that’s true for every part of advertising. It constantly challenges you to come up with new ways of getting work done.

What is the relationship between music and advertising, and how does that inspire you? Barking Owl works in every kind of medium, and, yet, advertising is still one of my favorites because of how much music and sound can impact a piece. I love to find bizarre details or subtleties in characters or discover an emotional arc in the ad that will inform our creative approach. We always try to find a different point of view from which to approach the ad. Oftentimes, music brings drama, emotion, joy and storytelling to the piece. When you look at YouTube comments for ads, people are always commenting on the music. They want to know who sings the track and how they can buy it. Even if they hate it, that still proves the emotional impact of music. The music is completely subjective, so everyone is right either way. But, the most inspiring part for me is that music can make people feel.

How can brands use music to enhance storytelling? A well-done score or song can change the narrative. Sometimes, people feel like there is a lot of value in a license of a popular track, and sometimes, the popular track isn’t the answer. There are times where you really need something that is emotionally nonprescriptive to let the story carry the emotion. It’s the music’s job to serve the story, and it’s our job to feel out what is needed. Sometimes, we’re the star of the show. Other times, we’re there to subtly support the narrative. Each option is equally valuable.

Love at first listen is real. Allow it into your life.”

What led you to start the Barking Owl Sessions, which spotlights music by up-and-coming Black artists? There are a few things that went into this initiative. The first was a conversation I had with ad creative Geoff Edwards a few years ago, where he talked about the idea for the P&G spot “The Look.” We had an in-depth conversation about microracism, and it made me take a very hard look at myself and what I have been complicit in. Once I am made aware of something, I have to do something. At that point, I began to seek out more Black talent and bring them on. Secondly, we had the tremendous and long-overdue Black Lives Matter movement, which brought systemic racism to the forefront. I tried to think about what we could do that would be actionable. How could we contribute in a way that is greater than just posts on social media or donations to organizations? I realized that since we have many valuable relationships with brands, agencies, clients and creatives, we could help Black independent artists be seen in circles that could help create economy.

Our team at Barking Owl is incredible. Composer Houston Fry and sound mixer Matt Keith had created an audio system that would sound amazing on Instagram Live. Producer Hannah Alter produced the sessions and helped curate talent. Then, we reached out to our friends at Unit9 to handle the production, and they jumped right on board. They took the sessions as seriously as we did. Unit9 creative partner Michelle Craig went to great lengths to make each session and artist feel special. She recorded before and after the Instagram Live, Matt edited and mixed the sessions from the RED camera we had used and we gave the artists the finished shows to monetize anyway they like. The next Barking Owl Session is with musical artist India Shawn in early 2021, and we are all really excited.

Where do your best ideas come from? The best ideas flow when you let your mind go and stop thinking. Years ago, I took some classes at the Groundlings Theatre & School in Los Angeles and learned that the key to improv is to stop thinking about what you are going to say. You should listen to the other person and just respond. It’s the “yes and” approach. I made that my approach to life and have seen the magic that occurs when you stop thinking.

What changes have you observed in the industry since you cofounded Barking Owl ten years ago? There used to be a major stigma with artists when it came to working with brands. If you did a commercial, you were a sellout. But now, with streaming platforms being the norm, it’s becoming harder to make money through music. This is even truer now since touring has been halted. Advertising and brand work have become heavily sought-after work. The other change is that when composing, people want many options, and it can be hard to craft something when there’s a notion that more is better. People have a hard time falling in love with something immediately, so they want to keep searching to make sure it’s as perfect as can be. But, at a certain point, more isn’t better, and nothing stands out. If you love something from the first round, it’s totally fine to go with it. Love at first listen is real. Allow it into your life.

What advice do you have for women entrepreneurs who are trying to start their own companies? There are always obstacles. There will always be people who feel like you don’t have a right to sit at the table, and they want to undercut you or devalue what you bring. Honestly, that’s just noise that I never cared about or paid attention to it. We all have the right to go for what we want. Our impostor syndrome is really what stops us from succeeding. Own your worth and value, and be ready to work harder than you have ever before. Own the failures and the lessons you learn along the way. Appreciate your strength and bravery for doing what most won’t. Be a total fucking badass. Empower those around you and be kind. Relax and dominate. You got this.

Kelly Bayett is cofounder and creative director at music and sound company Barking Owl, which began with no reel in Bayett’s home; a decade later, the company is expanding to another studio space in New York City. The company has won countless awards including being named the Regional Music & Sound Company of the Year for North America from the London International Awards in 2018 and the Music & Sound Company of the Year from Ad Age in 2020. Key projects include P&G’s “The Look,” Reebok’s “Storm the Court,” Nike’s “You Can’t Stop Our Voice” and more. Bayett is based in Los Angeles. 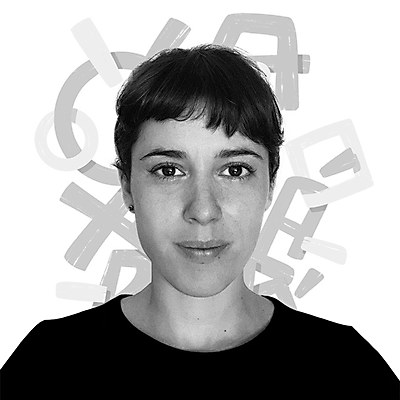 Columns / Insights
Mixing Media
Cyla Costa shares how she discovered lettering, and how she works across everything from book covers to sprawling murals. 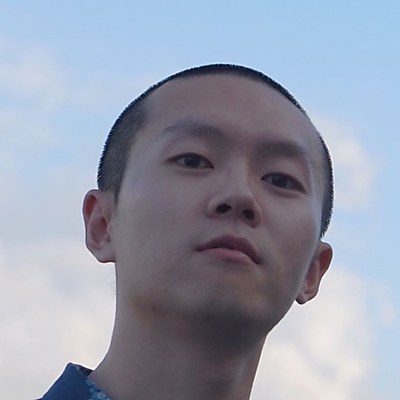