Be an Advertising Fool

By ShantekaSigers@test.com
How did you get started in the advertising industry? I terrified my lovely mother by working in retail and generally fumbling about for a few years after graduation. That fumbling was all good, though. I got a little PR experience and a little outdoor experience. I learned how to be an excellent salesperson on the retail floor, down to how far or how close I should stand to a customer—all very useful things.

I believe that if Tom Burrell had not founded Chicago advertising agency Burrell Communications Group, I would still be looking for a job. I peddled my little portfolio to every agency on Michigan Avenue in Chicago, and no one even called for an interview—except Burrell. I freelanced for three days and sold a Crest toothpaste print ad before executive creative director Alma Hopkins hired me as a copywriter. I was probably presenting to clients within the first month.

The most important thing I learned at Burrell was that I could do it. I was good enough. I regularly presented to the biggest corporations in the world, and they regularly bought my ideas. I mean, I was in front of the leadership of McDonald’s, the titans of marketing. Roy Bergold and Marlena Peleo-Lazar and William Lamar. If I could persuade them, then I can persuade anyone.

You won’t believe how that thought calms me before I pitch ideas. Half the battle is believing that you belong in the room.

What are some important factors to keep in mind as you are pitching to possible clients? Quincy Cherry, the former chief creative officer at multicultural ad agency UniWorld Group, told me that being the go-to presenter is how you rise. He was right.

I can’t give you my presentation playbook—gotta hire me to get that.

But I am not a natural presenter. I’m a natural storyteller. Even the stories of my family and friends—I like to perfect them so that even after a few glasses of Veuve Clicquot champagne, I can tell them just right. Not too long. All the key details are in there. Emphasize the important stuff. Play down the things that the crowd needs to know but shouldn’t focus on. Set the information up so the conclusion gets the right response from the crowd.

If you can successfully tell a story at a party, you can present.

When you’re pitching, you have to be ready to make a recovery. All kinds of things happen. I once said the name of a competitor instead of the car we were pitching. I’ve turned the wrong board around. I’ve lost my train of thought—totally forgotten what I was saying. But if it doesn’t knock me off my game, then it won’t knock the audience off either. You can bring them back under your spell. Focus on that rather than on apologies.

Half the battle is believing that you belong in the room.

How have you used your writing skills in your advertising career? “If you can’t write clearly, you probably don’t think nearly as well as you think you do.” That’s author Kurt Vonnegut.

Of course writing helped me write copy. But my ability to write clearly is also a great boon for information architecture and UX design. When writing, you have to take into account what the reader is going to encounter next. Should they encounter that next, or should you hold that back? Have you held this scene too long? Are they going to drop off? What does this punctuation do? Should you drop into a new paragraph? A new chapter? All of that has parallels when I’m designing a website or an app.

While I’m involved, I try not to think of myself as actually making stuff with the teams anymore. But occasionally, I step in as creative director on a project so that I can bond with them and, you know, make stuff.

I also miss my partner, former Sanders\Wingo creative director Tynesha Williams. I needed her to handle other things at the agency, but no more partner for me. She left the industry. We’re totally BFFs and we still work on projects outside of advertising—yes, Tynesha, I have overhauled that interface and will get it right over to you. But there’s nothing like having your partner with you in the office when someone is paying you to dream together.

What was unique about your partnership with Tynesha? Tynesha and I were unusual partners. Not a whole heck of a lot of balance. Two big, boisterous personalities. Seemingly similar skill sets. Both lead presenters. We would clash sometimes—hard. But we hurried past average thinking because only the best stuff could withstand the two of us. And when we were united, which was most of the time, we were pretty good at figuring out how to get our way.

I needed a group creative director. She was the one I trusted the most to lead the troops into presentations, pitches and happy hours. If I wasn’t there, then sending Ty allowed me to focus on being the executive creative director rather than constantly focusing on one client. When I stepped away from being day-to-day on the account, I thought my beloved client would miss me for a while and keep calling me in to handle things…

Once they had Tynesha, they were not thinking about me at all. They were like, “Bye, Shan, bye! Now tell me more about this content strategy, Tynesha.” That’s how you know you have the right person in place. It’s totally insulting—but satisfying. Once you find a great partner, you never want to give that relationship up.

What are the perks of being an executive creative director at Sanders\Wingo? I’m confident that I have enough widespread wins that I can visibly fail and not fear for my life. That means I get to try a bunch of crazy experiments on my poor department.

The other day, I came up with this idea that will allow folks at the agency to try their hand at being a content strategist, no matter what department they are really in. The room was skeptical. But I don’t care. If it doesn’t work, I’ll cook up something else.

Another clear benefit is that I get to affect the overall culture of the agency in meaningful ways. I try to make it easier for a parent to be a parent. We have a culture that tries hard to avoid making you choose a print ad over your daughter’s bedtime story. That kind of culture shift is hard for a single writer to create.

What other culture shifts are you hoping to create? Outside of advertising, I’ve got a few areas I’d like to shake up. I’ve been collaborating with my friends for a while now.

The hip-hop generation has grown up and had kids and no one seems to have noticed or really delved into designing things that they might desire. Rock poster god Rob Story and I designed some hip-hop art for nurseries. There’s a dearth of children’s books with black protagonists, so I self-published a children’s book based on a concept my six-year-old had. Tynesha and I are also working on an interactive storybook app based on a game she plays with her daughter.

What game changer in the advertising field excites you? A long time ago, I realized the danger of loving tech just for advertising’s sake. When you think advertising first, it is too easy to make the idea suit the tech rather than the user.

Right now, I’m giddy over the live streaming app Periscope. I watch one of my favorite, lesser-known musicians rehearse. Or I watch digital strategist Luvvie Ajayi do a Scandal recap like I just Facetimed one of my homegirls. Another night, I—along with about 30 other people—kept some dude company while he washed dishes. Live streaming has been around for a while, but Periscope has nailed the user experience and the social aspect. Periscope forces brands to experiment. Experiments mean some brilliance and some face-plants, but either way, things are far less boring.

I am also in love with my son’s Osmo, an educational game system for iPad. The physical affects the virtual without touching the device: dope.

What advice would you give to a creative who is trying to break into the advertising field? Don’t think of it as breaking in. Create some interesting things, then make yourself known. Decide that you’re gonna make us pursue you.

Aside from that, be a fool.

See somebody in the industry who you think is fly? Call them. Share what you’re passionate about, no matter how big their title is. I mean, I’m gonna make the crazy talented IDEO design director Jenn Maer my new BFF. She just doesn’t know it yet.

Advertising is so much more fun when we’re all fools.

Shanteka Sigers is senior vice president and executive creative director at Sanders\Wingo. Business Insider lists her as one of the most creative women in advertising. She has created advertising campaigns for McDonald’s, AT&T and Chevrolet, among many others. At heart, she is a writer. Her blog, Library Of Maternal Nagging, was voted best of Austin by the Austin Chronicle. The Chicago Reader and the Evansville Review have published her works of short fiction. She’s also embarked on adventures in product design and a love affair with UX. Sigers earned a BS in radio, television and film from Northwestern University and lives in Austin, Texas, with her son and two cats, Meyoncé and Mr. Nelson. 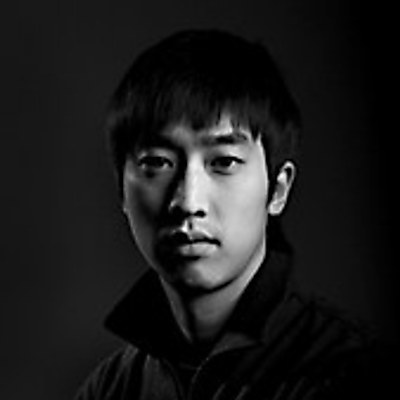 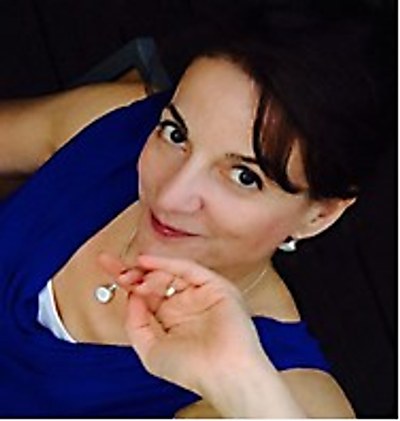