Ad and music video director Vanessa Beletic of Rattling Stick expounds on the rise of branded lifestyle content and the desire for authentic advertising.

How did you discover your interest in advertising and film? I grew up in Port-au-Prince, Haiti, with minimal access to television. From what little I watched, I felt an immediate attraction to advertising, connecting with the idea of fast-paced storytelling with purpose. Commercials were fascinating: the structure, catchy jingles and tone—that a commercial could have a sense of humor or feature surreal fantasies like in perfume ads.

When I was nine years old, my father brought home a camcorder, and the first things I made were deodorant commercials and horror films. I recruited my sisters and friends as actors and was my own producer, stylist and cinematographer—of course!

What inspired you to start creating and directing branded video content? Before branded content was officially “a thing”—way before social media—there seemed to be an opportunity for it with the rise in viewership of lifestyle blogs and the huge followings that bloggers had in the digital space. I had an instinct that brands would want to explore putting their advertising online in longer formats—not as TV spots but more lifestyle-based content, featuring trusted “experts” (like bloggers) as spokespeople. I took a chance and wrote spec scripts for Nike and Best Buy, exploring what a show for each brand could look like.

It turns out that I wasn’t the only person thinking this way; I quickly connected with development executive Kim Howitt, the folks at Smuggler Productions and ad agency Droga5 to explore these ideas further. Brands had, in fact, been reaching out to find new ways to advertise.

I honed my skills as a writer and director, creating the early versions of branded content for brands like adidas, Levi Strauss & Co., P&G and Sephora, among others. It was an exciting time navigating new waters and creating a visual and structural vocabulary that permeates culture to this day.

Tell us about your work on Walmart’s “Black & Unlimited.” What was your inspiration for the campaign, and what was the creation process like? Ad agency BBH NY came to me with the idea to create a joyful campaign that captured the intersectionality and vastness of Black identities. I loved their idea of capturing the multifaceted passions, interests and careers of Black people, celebrating them while documenting them as a matter of fact. The campaign was a great collaboration with the creatives involved.

Right out the gate, my goal was to hit the right tone, one that would honor the uniqueness of each person featured. Equally important was to develop a visual style and editorial structure that we could lean on to bring cohesion across the campaign. We decided on using a Walmart-yellow flat wall as a backdrop for each person as they introduced themselves, set against the texture of their respective worlds. If we went from a badass skateboarder in the city in one spot to the super textured ranch of the Compton Cowboys in another, viewers would know within the first three seconds that they were watching a spot from Walmart’s Black & Unlimited campaign.

I love working with actors, but I thrive when working with real people. I got to know every person we featured and found inspiration in their voices, stories and worlds. It was important to honor them while pushing things stylistically for the Walmart brand.

My hope is that advertising trends toward thinking outside the box: spots that ask the audience to engage with the brand or product, have a social impact, or affect the tangible world.”

Besides working on ad campaigns, you’ve also directed music videos. How does your creative process change for these projects? My process for music videos is quite fluid. I listen to the music—often on an infinite repeat—until images materialize and story structures or scene ideas spark. Sometimes a look and feel presents itself before anything else does. Where my process may differ is that musicality, rhythm and the idea of moving through space are at the top of my creative process; I used to dance professionally, and it’s reflected in my choices and is a practical part of my workflow. I dance before sitting down to write a treatment.

For singer-songwriter Andy Grammer’s “Damn It Feels Good To Be Me,” the lyrics inspired a question in my mind: “What would it look like if a bunch of people, completely comfortable in their skin, got together to party?” Immediately, I could see the cast and the look and feel of the world: maximalist styling, print on print, animals, go-karts, speakers everywhere—everything over the top. Then, a simple story developed inside that world: “What if a super shy person walked into this safe space?” That‘s when the ghost character presented itself.

For Run The Jewels’s “Ooh LA LA,” there was a lot of conversation with El-P and Killer Mike about the tone for the video. They’re amazing collaborators!

How have your early life in Haiti and Haitian culture informed your aesthetic? I’m not sure my early life in Haiti has affected my aesthetic, but it certainly informs my worldview and instincts. Like any culture rooted in African culture, Haitians are natural storytellers. It’s in our blood. Folklore is part of our daily lives, not just through words but through song and movement.

A few specifics: Haitians are proud and triumphant people. As a filmmaker, I’m attracted to stories of protagonists who persevere with their courage, grit, stamina and power.

Haitian culture has a clear voice and identity. For me, that translates to comfort in my decision-making skills, knowing when to push and when to maintain some mystery and elegance.

I also work with a sense of play and exuberance that I relate back to the way Haitians generally live their lives.

What trends in advertising are you most interested in and why? I was recently on the judges panel for the Association of Independent Commercial Producers Award for Innovation, and there was incredible work being done in that space of advertising! My hope is that advertising trends toward thinking outside the box: spots that ask the audience to engage with the brand or product, have a social impact, or affect the tangible world.

Where do your best ideas come from? I use dance to unblock myself and clear a path for ideas to come through. It’s not much different than getting ideas while jogging or walking. Something about physical movement enables the spirit of inspiration to flow.

Do you have any advice for people just entering the profession? One: Run as fast as you can toward your ultimate goal. Don’t spend too much time working on projects outside of that. It takes at least five years to get real, lasting momentum going.

Two: Get reps you respect and stay in touch with them. Be excited about them, and keep them excited about you. Shout out to Uncle Lefty and Rattling Stick! ca

Vanessa Beletic is an advertising director whose commercials, music videos and short-form content reflect a passion for channeling her colorful Haitian heritage into her life and work as a New York–based content creator and advertising thought leader. Raised by her Haitian mother and Jewish dad, Beletic spent years forging her own path into lifestyle advertising as a writer and director. A pioneer of branded video content, she has created award-winning work for brands like Estée Lauder, Levi Strauss & Co., Samsung and Walmart. Beletic’s music video for Run The Jewels’s “Ooh LA LA” was nominated for the 2020 MVPA Awards, the 2020 UK Music Video Awards and the 2021 Libera Awards. Now represented by Rattling Stick in the United States, she brings her diverse background, eye for bold aesthetics and relentless filter for authenticity to tell stories grounded in reality.

Columns / Advertising
Are You A Chameleon Or A Cave Bear?
Ernie Schenck pens a new animal fable to demonstrate how ad creatives need an adaptable mindset. 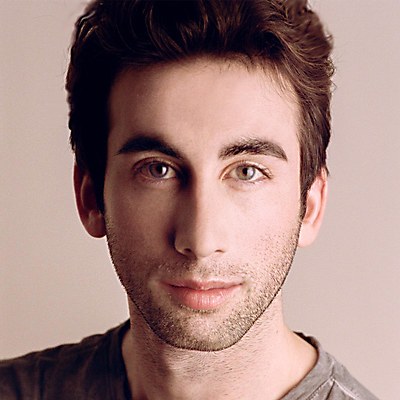 Columns / Insights
Bringing Stories to Life
Designer, actor and storyteller Jacob Kemp explains his multidisciplinary practice at TALISMAN and his penchant for distilling narratives into imagery and text. 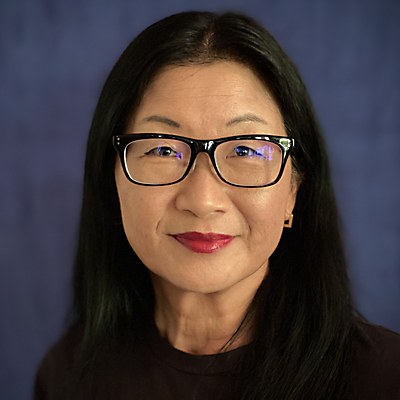