How did you get started in photography? During my childhood and teens, all I did was draw, so it seemed quite obvious to me that I was going to be an illustrator. When I was eighteen years old, though, I started playing around in darkrooms, and that was my link into photography. It wasn’t the taking of the actual pictures that interested me, but what I could do with those negatives after I brought them into the darkroom. In hindsight, it seems quite natural that I landed in an area of photography that requires certain aspects from an illustrator’s mind-set. My pictures are not captured quickly or easily; they are premeditated, planned and created.

You’ve been painstakingly creating insect portraits for your ongoing series Microsculpture. What’s the first insect you photographed, and the most recent? The first photomicrograph I shot was a ground beetle that my son brought in from the garden. We looked at it under a microscope he had received as part of a science kit, and I was amazed at how beautiful it was. The colors and textures on its back were truly astonishing. I decided to photograph the beetle as a present for my boy, and that is when my addiction to the invisible world began. Over the last six years, I have been developing my process for taking photomicrographs, and it is still progressing. There is always a tweak I can make in the setup that will give that extra bit of clarity or detail.

Lately, I’ve been focusing on amber inclusions—sap from trees that have solidified into amber, encapsulating and perfectly preserving the insects inside. I’ve been collecting samples from the Baltic region for the last three years and now have around 20 specimens to photograph. These insects are between 45 and 50 million years old. The first two images are complete and are pretty exciting!

What have you learned from watching how people interact with your Microsculpture images? It would be easy to photograph insects to fit the stereotype of being scary, but my intention was to celebrate the beauty of these creatures. The reaction of the audiences at my exhibitions shows that I’m not the only one who thinks these tiny creatures are marvelous. People react to my work positively, even children. They mostly just want to touch the ten-foot-high insect prints at the exhibitions. The viewers look at the images from afar. Then they walk closer, then closer, until they are six inches away from the giant print, studying all the microscopic details. It’s fun to watch. Their enjoyment of the work makes the long hours spent producing it worthwhile.

My pictures are not captured quickly or easily; they are premeditated, planned and created.”

How does macrophotography feed into your commercial work, where you often shoot portraits, and vice versa? I live a double life at the moment. Many of my commercial clients haven’t yet caught on to the fact that I am shooting something else entirely, or they haven’t yet worked out what they could do with macro subjects that can’t be seen with the naked eye. I am still widely known in the commercial world as a portrait and sports photographer, though as time goes on, this is changing. I am shooting more macro-based campaigns, which is satisfying. Seeing your personal work filtering into your commercial life is rewarding. Also, with the print sales, exhibition revenue and museum commissions, the microphotographs I shoot account for at least 80 percent of my time and income. So, I guess my personal work is not so personal anymore. I’m certainly not complaining!

When you’re doing your macro work, do you “look” at a subject differently? When I look at a “macro” subject, I break it down into its components. I look at its texture, color, reflectiveness, opacity, shape and more. Each one of these gives me something to play with photographically, particularly with lighting.

What are the advantages and possibilities of macrophotography? Macrophotography or photomicrography requires a different way of thinking from traditional photography. We are saturated with images these days. We scroll through endless amounts of visual shit that makes us numb. It’s hard to see something in a new way. High magnification provides that in its purest sense. To the average person, just seeing something on a macro level opens up a new world, and if you present people with imagery with genuine microscopic detail, it blows their minds. The important thing is that it is real, not fake or CGI. Genuine imagery that is made through the transition of light through optics.

What relationships do you value most as a professional photographer? For any professional photographers who want to earn money from their pictures, an agent is essential. The commercial photography world is a competitive place, and you need to stake out your corner and fight for it. This is easier with somebody by your side. An agent should promote you as well as support you—it’s a partnership. They are not working for you, and you are not working for them. You wouldn’t exist without them, and they wouldn’t exist without you. You’re in it together.

Would you recommend working at an agency to a photographer who is just starting out today? One hundred percent. Working full-time at an agency at a young age was the best thing I have ever done to boost my career. It’s a sink-or-swim scenario. There are 1,000 other young, budding photographers who would take your place at the agency in a heartbeat, so this drives you to work hard, work long hours and not accept substandard pictures. The subjects I was shooting were uninspiring, but the process of having to go out and produce creative images from unhelpful situations hardened me as a photographer. It gave me the confidence to adapt to any situation and produce something out of nothing.

Is video where it’s at now? The increase in video is directly related to the way we consume digital media and the advances in technology. If you are asking if video will make photography redundant, then commercially, I think so. Technology will inevitably create new devices that will enable this. The still image is still more powerful than a moving image, though, and in an era when we are bombarded with imagery and time is precious, the power of a single photograph prevails over that of a 30-second video clip.

What would be your dream assignment? To photograph the top 50 specimens from the Charles Darwin collections. These are historic specimens that should be enjoyed by the masses, not kept in dark drawers.

I have photographed one specimen of Darwin’s that the Oxford University Museum of Natural History loaned me. When I got home, I stood in my kitchen and looked at the tiny insect in its box for about fifteen minutes. I couldn’t believe this creature had traveled from Australia with Darwin in the 1800s and then ended up in my kitchen in 2017! What would Darwin have thought?

Levon Biss is a British photographer based in the United Kingdom. For the last 20 years, Biss has worked in numerous photographic genres, including reportage, sport and portraiture. He has exhibited in print shows around the world, and his work is permanently housed in a number of museum and private collections. In 2016, Biss was presented with a fellowship to the Royal Photographic Society. His work has been published in GEO, National Geographic, the New York Times Magazine, Sports Illustrated and TIME. In 2006, Biss published his first book, One Love: Soccer for Life, a photographic study of the soccer community on a global scale. Biss’s passions for nature and photography have come together to create Microsculpture. Each insect portrait in this catalog is created from more than 8,000 separate images.

Columns / Advertising
The MacGyver School For Handcuffed Creatives
Creative constraints are inevitable. As Ernie Schenck writes, that’s precisely why we must find freedom in them. 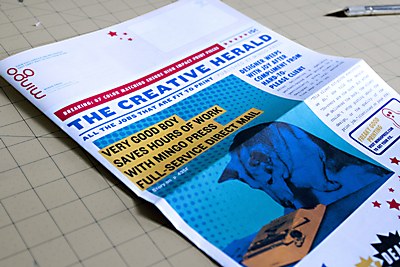 Sponsored by Mingo Press
Columns / Creativity
Make the Most of Maximalism
Move over, minimalist design, Mingo Press says colorful, complex creativity is back in a big way. 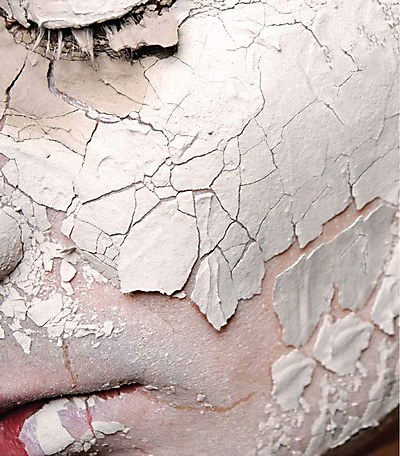