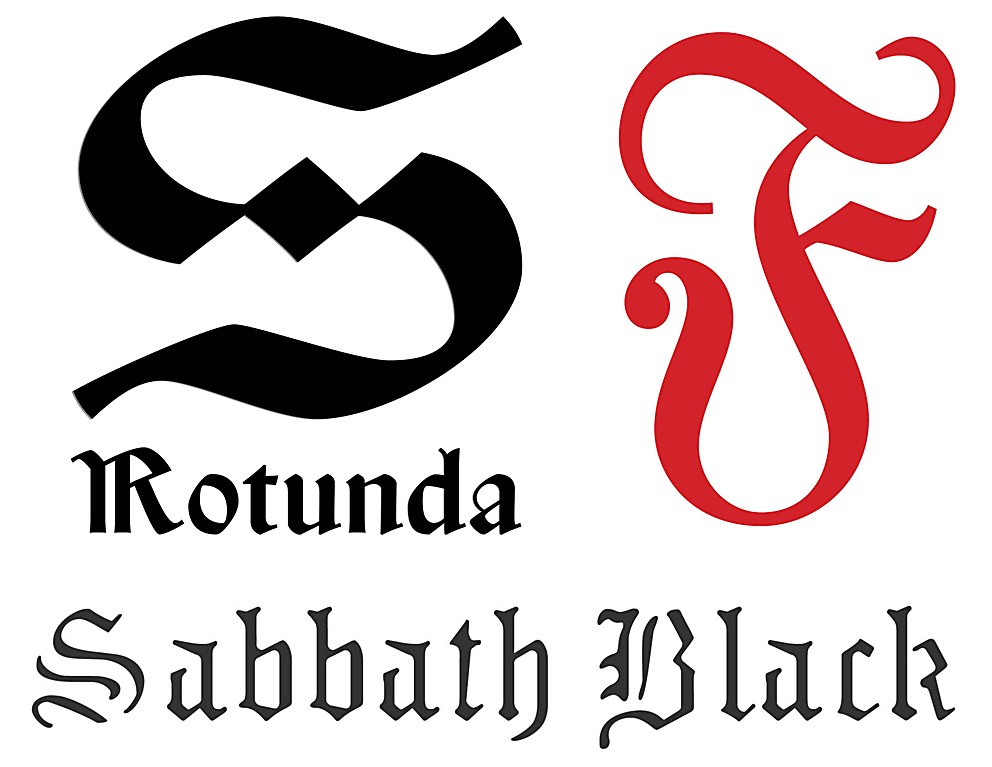 Dan Reynolds reveals the wealth of opportunities that blackletter provides typographers and designers.

It was my first love,” Luca Barcellona says. Hailing from Milan, Barcellona embraces a variety of writing styles in his calligraphic practice, but the “love” he is talking about is not roman or italic letterforms, but blackletter. “The first time I understood the potential of blackletter was when I was a graffiti writer,” he says. “I was attracted by the strength of gothic letterforms because of their expressive contrast.”

Since blackletter predates the invention of European printing, it is not surprising that blackletter is still popular with calligraphers and letterers. This is true both for experienced practitioners, like John Stevens and Julian Waters, as well for their younger colleagues, like Giuseppe Salerno and Barcellona, who is probably the calligrapher to have made the most expressive uses of blackletter in the past decade. But blackletter today is an area of experimentation and expression for more than just calligraphers.

What is blackletter’s appeal? According to Barcellona, “roman capitals written with a flat brush are the most difficult letters to do. Textura and Fraktur—two widespread styles of blackletter—give me a good base to experiment with personal styles.” Blackletter capitals have a wider range than roman capitals in terms of the diversity of forms they can take. They can be ornate and almost abstract when used alone. Or, when combined with lowercase letters in passages of text intended to be read, rather than merely gazed at, they can be subdued. Blackletter is instantly different from more-common typeface styles; it brings an ornamental quality to work it is used in. While blackletter is not the appropriate choice for every design application, it has so much more potential to offer graphic designers than the advertising campaign headlines and posters it is normally used for today.

The history of blackletter stretches back about a thousand years, having originated as handwriting styles in manuscript production. The first books printed in Europe by Johannes Gutenberg and his mid-fifteenth-century contemporaries mimicked the appearance of manuscripts, using blackletters. For its 42-line Bible, the typeface Gutenberg’s workshop developed was a Textura, the style of blackletter then used for handwritten liturgical books. Many of the different varieties of blackletter that have since become common were codified during the first century of European printing. In addition to Textura, the most common blackletter styles to be developed eventually became known as Fraktur, Rotunda and Bastarda. While printing was still relatively new in Europe, German printers developed a variety of Bastarda called Schwabacher. The style proved so popular that it has likely overshadowed all other Bastardas ever since.

For hundreds of years, blackletter was used alongside roman and italic fonts in book printing. After the Protestant Reformation, blackletter became more common in Protestant-dominant northern Europe, while roman was more popular in countries with large Catholic populations, like France and Italy. By the twentieth century, typographers and printers in most Western countries had settled on roman type styles for almost every kind of text—many authors and printers preferred roman letters for the printing of Latin and most other non-German vernacular languages. Roman type was also embraced by the Italian humanists, and later in scientific and Enlightenment-era printing. The German-speaking parts of Europe were an exception; even during the early twentieth century, more than half of all books printed in these countries were composed in blackletter. Almost every newspaper too.

Yet, starting after World War II, these countries followed the others in relegating blackletter to decorative purposes in traditional areas of design, like beer labels and newspaper nameplates. In Austria, Germany and Switzerland today, you’ll see almost no German-language books or newspapers composed in blackletter type, and only a handful of websites set their body copy in blackletter. In light of this, one might expect blackletter to have become a purely historical footnote in typographic history by now. But this is not the case.

Already in the 1990s, during the early years of digital graphic design, font makers were creating new blackletter fonts and digitizing historical designs. Those manufacturers included both larger companies, like FontFont and Linotype, as well as smaller foundries, like Emigre. Since the 2000s, though, almost all of the new blackletter typefaces have been published by small type foundries and independent type designers.

One individual who has made a great contribution to digital blackletter type is Czech designer František Štorm, founder of Storm Type Foundry in Prague. Although most of his foundry’s releases have been workhorse serif and sans serif families, it has also published six blackletters: Coroner, Dracula, Monarchia, Moyenage, Plagwitz and Wittingau.

Štorm’s Monarchia is designed in a letter style that was quite familiar to German readers a century ago, but is not common today—Fraktur. Monarchia is Štorm’s 2005 revival of Frühling, a typeface completed by influential German type designer and calligrapher Rudolf Koch (1876–1934) in 1914. In his designs, Koch often combined elements of Fraktur and Schwabacher, distilling them through his broad-nib writing into something new. Frühling, on the other hand—named after the German word for the spring season—is decidedly a Fraktur. As Paul Shaw writes in Revival Type: Digital Typefaces Inspired by the Past, “it proves that blackletter can be light and delicate.” With Monarchia, Štorm has captured the vitality and beauty of Koch’s original typeface. Štorm’s largest change was to the form of the lowercase a, which he made double story instead of single story, bringing it more in line with the shapes used in most serif and sans serif typefaces.

Coroner is Štorm’s most recent blackletter release, having been published in 2018, although it is actually based on an older design he created for phototypesetting in the 1980s. Coroner is part Fraktur, part unique creation. Its capitals are authentic Fraktur-style letters, while some of its lowercases are hybrid designs, featuring Fraktur forms on the tops and roman serif forms on the bottoms. This is most visible in the lowercase h, i, l, m and n. A comparison of Coroner’s lowercase b, h, k and l with those of Monarchia is apt; the ascenders of these letters in each of the fonts are forked, a hallmark of the Fraktur style.

Moyenage is named after the French term for the Middle Ages—appropriately, since Moyenage is a new interpretation of the Textura style, and Texturas themselves originated in medieval France, alongside gothic architecture and gothic styles in the decorative arts. The lowercase letters in Moyenage are more within the bounds of the classic Textura canon than its capitals, some of which are completely new creations. For example, unlike the capital H, the capital K doesn’t have a roof stroke. The capital P looks like a capital R without its diagonal stroke, instead of having a much larger bowl and descending stem, as a traditional Textura face would. Meanwhile, the lowercase x is more abstract than it would be in roman type, and the z is double story. Of the capital letters’ design, Štorm explains that their “Latin script elements keep the modern reader in mind and strive for better legibility.”

Štorm published Moyenage in 2008, about two years after the Netherlands-based type designer trio Underware released its Fakir family. Like Moyenage, Fakir is not a strict reinterpretation of any specific blackletter style. Instead, its design draws from typographic history as well as its designers’ ideas about how blackletter should look today. Even more than Moyenage, Fakir includes modernized forms for many letters of the alphabet.

In German, one of the terms for blackletter is gebrochene Schrift, which literally means “broken type.” Fakir takes that description to heart. Parts of letters that would be curved in roman type are broken in Fakir. Instead of being circular or ovular in shape, the letter o, for instance, is built out of six different line segments in Fakir’s five body-text-sized fonts and eight different line segments in Fakir’s five display fonts, which results in letterforms that appear to undulate. As the o shows, Fakir’s text fonts are stricter Texturas than its display fonts, which are more creative interpretations of what contemporary “broken scripts” might look like.

That the Fakir family’s newly created letterforms are neither medieval nor traditional in appearance, but still manage to feel like they belong inside the broad tent of Textura forms designed over the past thousand years, is quite an achievement. Not only are Fakir’s letters at home within the Textura style, but they are also very legible in running text. To prove this, in 2010, Underware published a book that was completely set in the typeface—Ruud Linssen’s Book of war, mortification and love.

The 96-page book is quite different from the manuscripts and historical tomes that come to mind when one thinks of blackletter. Its eight-and-a-half-inch-tall pages are smaller than the pages of most medieval books, and the letters of the body copy, set in Fakir Text Regular, are much lighter than the pen-written forms of blackletter used in the Middle Ages. The term blackletter, after all, may have originated because its letterforms were so dark. But just like Monarchia’s and Moyenage’s lighter weights, the pages of Linssen’s book prove that blackletter needn’t be heavy or stuffy.

Underware’s publication did not lead to a restoration of blackletter typefaces being used for book composition, nor was that the designers’ intention. Nevertheless, the book is a strong proof of concept that typeface designers who tackle blackletter today often create font families with the same level of innovation given to other products.

Yet, well-designed fonts are no good if they are not used. I appeal to more designers to try these fonts out. Then we can see what blackletter might look like tomorrow. ca

Dan Reynolds is an American type designer and design historian living in Berlin, Germany. He works at LucasFonts GmbH and is a PhD candidate at the Braunschweig University of Art. 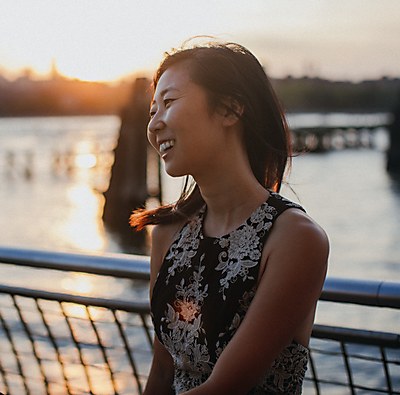 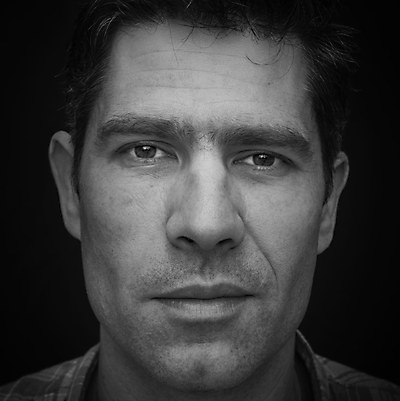