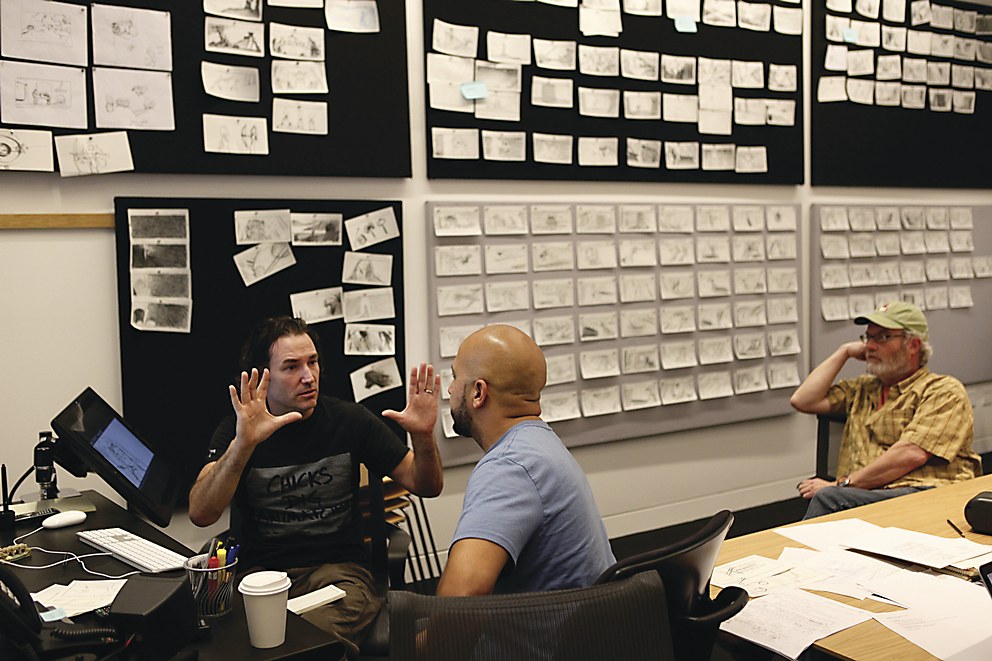 By Sam McMillan
“Storyboarding is not about the drawing,” says Mark Andrews, the Oscar-winning co-director of Pixar’s Brave. That’s surprising coming from a guy who storyboarded every scene in Citizen Kane, just to see how the film worked. A guy who sees a connection between Kurosawa’s storyboards and anime. Who mentions that Hitchcock’s films were so exquisitely storyboarded, the director didn’t even need to be on set when some scenes were filmed. “It’s about the thinking,” Andrews says.

He’s worked at Pixar since 2000, most recently in roles from story supervisor to writer and director, but it is as a storyboard artist that Andrews developed his chops. And anyone who’s seen Andrews present storyboards—like the standing-room audience at Adobe’s San Francisco office, where Andrews walked AIGA attendees through his boards for the 2002 film Spider-Man—knows this is a man born to tell stories. Andrews’s descriptions are rapid fire, staccato, breathless machine-gun bursts of camera angles, action, sound effects and dialogue as he races breakneck through his boards. By the time he’s done, his audience is spellbound. 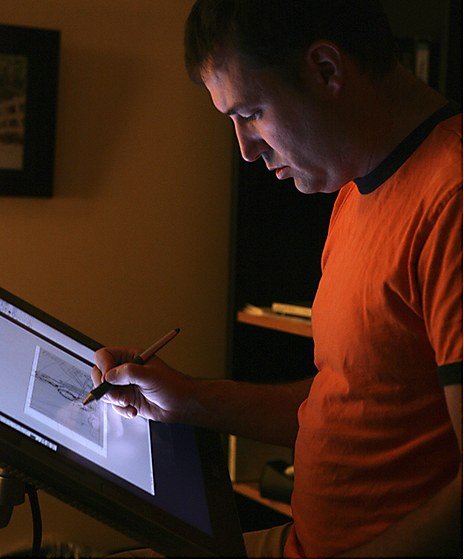 Pixar combines off-the-shelf software like Photoshop with custom sequence-building tools to help artists get their storyboards done quickly. Once Andrews reads the script, he says, “I just start drawing—it doesn’t matter what,” to get his creative juices flowing and find the dramatic shots that will best tell the story.
That kind of talent can move a multimillion-dollar movie into production, save enormous amounts of pre-production dollars and put butts in seats. As Andrews proudly notes, no one tells better stories than the people at Pixar. Their storytelling savvy even attracted the attention of the CIA, who recently came calling to learn how Pixar develops the personal history behind each character to create believable identities. “They wanted to compare notes,” Andrews says. To tell better stories, “the best liars in the world came to talk to the best liars in the world.”

PRODUCTION STARTS WITH A STORYBOARD
In live-action movies, the director needs a visual prompt to begin capturing the key moments in the film’s story, and each shot needs a plan of action. That action plan is the storyboard. The storyboard artist begins with the script, but this only provides a rough sketch. Scenes from the script must be broken down into comic book-style sequences in the storyboard, each frame indicating characters, camera angles, point of view, tracking and motion, even sound effects.

It takes hundreds of drawings to storyboard a feature-length film, and when it comes to animated films, storyboarding is even more essential. “I board everything,” Andrews says. “In animation we draw the movie before we make the movie. We look at it, tear it apart, and find what’s working and what’s not. Then we do it again.”

Andrews makes it clear that the storyboarding process is not about making pretty pictures, but rather an attempt to find the most dramatic information in the story. For this, he relies on pure gut instinct. “Something will jump out,” he says. To spark ideas, Andrews just starts drawing. “It doesn’t matter what,” he says. “I draw lots of different versions. I just try to find the shot.”

When Andrews storyboards he pays incredible attention to close-ups, camera movement, flow, rhythm and pacing, creating something that’s closer to cinema than sketches. “I draw the shots the way I see the flow,” he says. To produce those images as quickly as possible, Andrews uses a Wacom Cintiq, a pressure-sensitive tablet that allows him to draw right on the display screen. “I need the one-to-one connection,” he says. “Forty-five years of hand-eye coordination are not going to waste.”

There are plenty of software programs on the market for story-boarders, ranging from Smith Micro’s Poser and Google SketchUp to more sophisticated programs like Storyboard Pro, which allows you to import digital photos, includes ready-made templates, camera angles and key framing, and integrates with Final Draft, a popular script writing program. But Andrews uses Photoshop as his primary drawing tool. “Paper is romanticized,” he says. “Photoshop lets me manipulate my illustrations, color and gray tones, adjust levels and use layers. I can establish a background layer, then place characters in another layer. It’s one of the most powerful tools for storyboarding in the world. I can manipulate hundreds of images in a day.”

Combined with Pixar’s in-house software Pitch Docter, named after beloved Pixar director Pete Docter, Andrews says, “Photoshop is a huge timesaver.” The Photoshop images go straight into Pitch Docter, which automatically creates a QuickTime movie of the sequence, rendered at one frame per second. Pitch Docter enables the storyboard artists at Pixar to animate camera moves within their drawings, including dollies, boom shots and tracking shots, to deliver a sense of dimensionality. There’s even a field for written descriptions of sound effects, just like the “Kapow!,” “Crash!” and “Boom!” familiar to comic book readers. 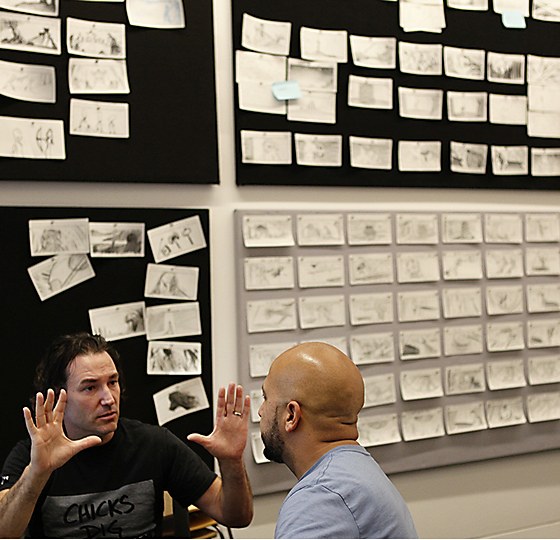 Selling is as important a skill as drawing for storyboard artists, who must convince colleagues of their interpretations of each scene—often acting out the characters’ dialogue and sound effects. Here Andrews reviews a sequence from Brave with story artist Louis Gonzales.
When he’s done with a sequence, Andrews shares it with his production team and gets feedback on what’s working in a scene. It’s a trial-and-error process. “Boarding is re-boarding,” Andrews says. “You have to get to the essential elements. I might go through a thousand pictures to find the right one.”

PITCHING: TELLING IS SELLING
A script tells. A storyboard sells. Essential to selling the film is the ability to “pitch at speed.” That means, in a room crowded with art directors, illustrators, editors, animators and producers, the storyboard artist must get up and sell the scene. It’s not for the faint of heart. “Your shot will sink or swim based on your ability to pitch,” Andrews says, but proudly notes, “I’m king of the bullshit artists.” The storyboard artist must perform the roles of each character, do the voices and bring the story to life. Pitches must convey a sense of timing, action, character interaction and sound effects, all coming together to help the production staff pre-visualize the movie. “We have to know we have the film before we make the film,” Andrews says. 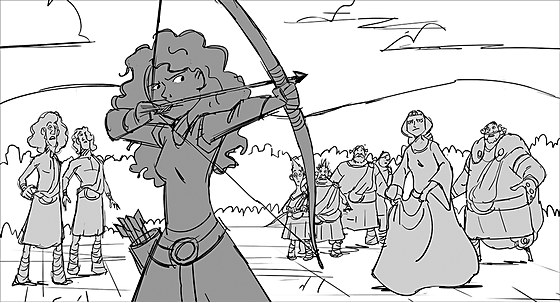 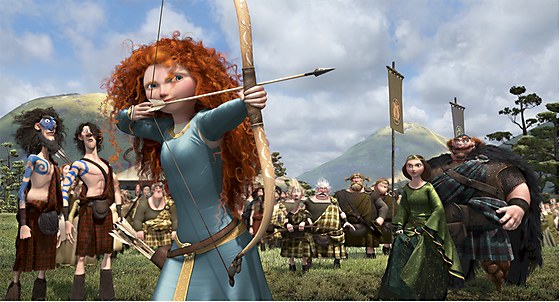 The stances and stares imagined in the roughly drawn scenes of a storyboard become more detailed in each rendering as the images move through Pixar’s animation pipeline. This progression is seen in this scene from Brave, a film co-directed by Andrews, which won the 2013 Academy Award for Best Animated Feature.
Storyboarding is not a skill that comes easily or automatically. “There’s a mystery at the heart of it,” Andrews admits, which boils down to conveying the visual information in a way that connects emotionally with the audience. To help his animators on Snow White learn to bring out emotions in a scene, Walt Disney hired an illustrator with a background in fine art to show how to use shadows, depth and color to evoke a mood. Storyboard artists must be able to hint at these complexities through quickly drawn, rough sketches. “It’s all about visual storytelling,” Andrews says.

WHEN IT COMES TO MAKE-BELIEVE, YOU HAVE TO BELIEVE
Andrews believes so strongly in the importance of storyboarding at Pixar, he helps direct the storyboarding component of Pixar’s summer internship program. Each summer, between four and twelve college students are selected, based on the reel they submit via the Pixar website. Andrews’s curriculum demands the students watch a movie a week, break it down into its parts, watch it again with the sound off, and then draw the shots. “I run the SEAL team of storyboarding,” he says. “We eat, drink and sleep movies.”

For ambitious illustrators who want to break into storyboarding for films, there are a number of alternatives to Pixar’s internship program, including formal academic programs at the Vancouver Film School, New York City’s School of Visual Arts, San Francisco’s Academy of Art University and CalArts in Los Angeles, where Andrews studied character animation. Night classes at the nearby Art Center College of Design in Pasadena are affordable and accommodate working adults. For those who can’t attend classes in person, the online school AnimationMentor.com, launched by two former Pixar animators, offers courses in animation and storytelling development. Talented graduates with killer portfolios will discover the creative industry is hiring across the board, from comic books, graphic novels, television commercials and videos to pre-visualizing game play for the multi-billion dollar video game industry.

The best students, Andrews believes, will learn to think conceptually. Yes, they must learn to draw a lot, with speed, clarity and understanding. But those are table stakes. To truly succeed, Andrews says, “They must understand the secret language of an image; they have to learn how to tell a story, how to evoke comedy, drama, action. It’s about timing, pacing, holding attention until you get to the punch line or climax.”

In other words, storyboard artists don’t have to make a scene look real, but they have to make it believable, which can be far more difficult. An audience won’t get caught up in the magic unless the storyboard artist is first. Ultimately, Andrews says, “You have to believe 100 percent.” ca 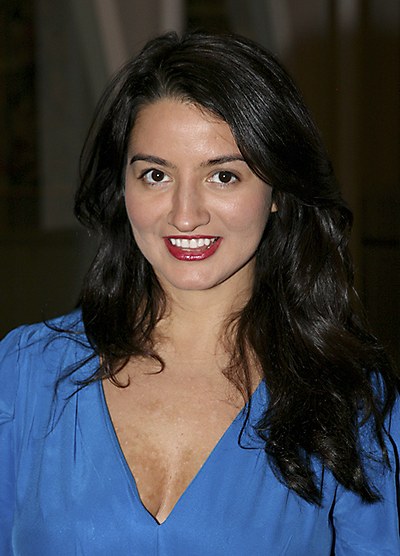 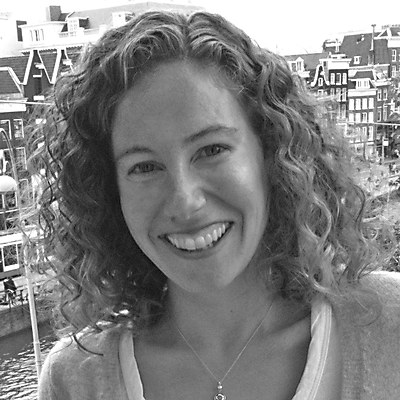 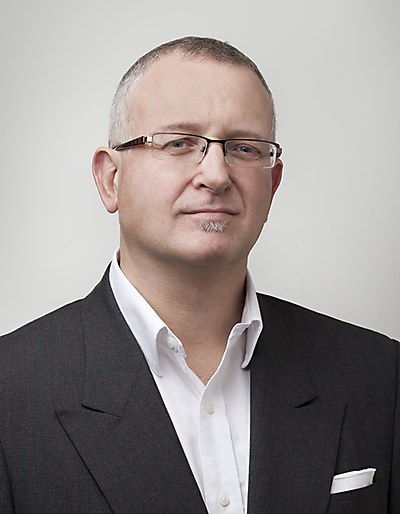