Elena Goukassian traces how US postage stamp design has evolved with the country.

When Whitney Sherman goes to the post office, 99 percent of the time, she buys the same postage stamp—a breast cancer research stamp first issued in 1998 that holds the title of longest-running postal issue in US history. The iconic stamp features a line drawing of Artemis, the Greek goddess of hunting, awash in a flowing rainbow of colors with the words “FUND THE FIGHT. FIND A CURE.” encircling her right breast. To date, the stamp has raised more than $90 million for breast cancer research, but that’s not the only reason Sherman buys it. In fact, she created the illustration.

“I was flipping through books for inspiration, when I came across a drawing of a Greek frieze showing women dancing and playing tambourines. I was attracted to the body movement and framing their arms made around their torsos,” recalls the Baltimore-based illustrator, who also serves as the founding director of the MFA in Illustration Practice and codirector of Dolphin Press & Print at the Maryland Institute College of Art (MICA). In an effort to represent women of all nationalities and races, she decided to choose an archetype. “Artemis is one of the only archetypes that doesn’t have a male counterpart. She’s a hunter, ready to fight, has courage and is independent,” she says. “In my drawing, she’s holding her bow and reaching for an arrow, creating a circular shape and framing around her, which gets your eye to move around the composition.” It was only after she’d finished her drawing that Sherman realized she’d drawn Artemis’s arm raised in the same position one would assume for a breast exam.

The story of how the breast cancer research stamp came to be is a convoluted one, as the United States Postal Service (USPS) didn’t want the responsibility of collecting the extra postage. In the end, after years of lobbying for a breast cancer research stamp, specifically by California surgeon Dr. Ernie Bodai and breast cancer survivor Betsy Mullen, a 1997 act of Congress fast-tracked the first so-called “semipostal” stamp of the United States, priced at seven cents more than the regular postage rate in order to raise funds for the cause. Once the idea for such a stamp was approved, it fell to Terry McCaffrey, the manager of stamp development at the time, to assign it to one of the USPS art directors to design and manage.

“Social awareness stamps and abstract concepts are some of the most difficult to design,” McCaffrey says, but for this assignment, he chose one of his newest art directors, Ethel Kessler, herself a breast cancer survivor. “When I assigned this stamp to her, it brought tears to her eyes,” he remembers.

“There was no way my stamp was going to have a pink ribbon on it,” Kessler says, so she contacted Sherman, a fellow MICA alum and someone who had already tackled many concept-based illustration projects for the American Red Cross, the American Medical Association and other health organizations, as well as for health-related articles in the Boston Globe and The Washington Post. More than 20 years later, Kessler still works as an art director for the USPS, and she often gets these more complex and abstract assignments. She worked on the 2017 Alzheimer’s semipostal with illustrator Matt Mahurin, as well as on last year’s stamp honoring the women’s suffrage centennial. “That was very significant for me as a woman designer,” she says.

These days, with all of the added processes and procedures, it typically takes about three years to develop a stamp.”

The groundbreaking breast cancer research stamp—a personal favorite of many who work in the field—is just one example in a long history of US postage stamp design. McCaffrey says he’s often asked to talk about significant stamps in US postal history, so he created a presentation he calls “The Chicken, the King, and the Cowboy.” 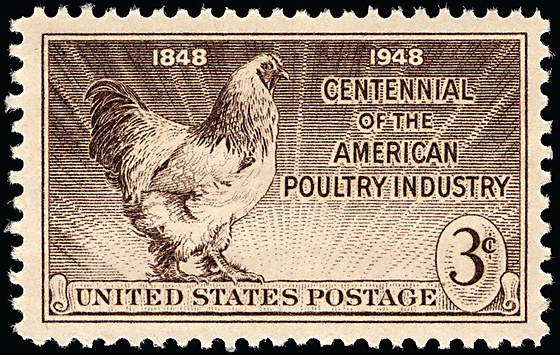 The “Chicken,” celebrating the centennial of the American poultry industry, came out in 1948. Like all stamps at the time, it was designed and produced by the Bureau of Engraving and Printing, which also creates and produces US currency. The stamp, which featured a sepia image of a rooster with a sunrise in the background, was widely considered by the general public as being both frivolous and ugly. As a result of the public outcry, the US government created the Citizens’ Stamp Advisory Committee (CSAC) in 1957, a group of about a dozen people appointed by the postmaster general to select subjects for future stamps.

The “King” refers to Elvis, who first appeared on a postage stamp in 1993, after postmaster general Anthony Frank insisted on including the singer in a new American musical legends stamp series. McCaffrey assigned the project to art director Howard E. Paine, and in an unprecedented act, the Postal Service chose two designs—a portrait of a youthful Elvis by Mark Stutzman, and one of a more mature Elvis by John Berkey—and had the general public vote on their favorite. More than a million people turned in ballots, and even presidential candidate Bill Clinton publicly voiced his opinion. “The 1993 Elvis stamp changed how people thought about stamps and design,” says Daniel A. Piazza, chief curator of philately at the Smithsonian National Postal Museum in Washington, DC. “Pop culture became acceptable as subject matter for stamps.”

Finally, there is the “Cowboy,” or, as McCaffrey calls it, “the biggest error since the Inverted Jenny,” a famous 1918 blunder in which an image of the Curtiss JN-4, a World War I trainer airplane nicknamed the Jenny, was printed upside down. In this case, a 1993 stamp honoring the cowboy Bill Pickett portrayed not his face, but that of his brother Ben. Created by art director Richard Sheaff and illustrator Mark Hess, the stamp was based on a famous mislabeled photograph that had been circulating in publications and exhibitions for years. As a result of this error, the USPS started using a photo research and fact-checking service called PhotoAssist, which, in the words of Kessler, “researches the nuances of everything.”

These days, with all of the added processes and procedures, it typically takes about three years to develop a stamp, says William Gicker Jr., director of stamp services. First, the subject matter is chosen from a pool of topics suggested by the general public—30,000 to 40,000 proposals are mailed in each year—and vetted by the CSAC. There are also topics that are covered every year, like flowers and nature, the US flag, winter holidays, and love. Gicker then assigns each topic to an art director, who either comes up with a design independently or searches for an artist to collaborate with, and the process progresses with numerous meetings and check-ins along the way. In the end, the CSAC reviews the final design, which is sent for approval to the postmaster general. McCaffrey estimates that an average of 125 to 150 stamp designs could be in development at the same time, and once a stamp has been designed, it is very rare for it to get rejected. Each year, the USPS releases about 20 new stamp issues.

The art directors are free to choose the artists and designers they work with, and there is a handful of artists who have worked on numerous stamps over the years. New York–based illustrator Nancy Stahl, for example, has created about 35, including the popular 2003 snowy egret, the 2011 tiger cub and the aforementioned 2020 women’s suffrage stamps. Other artists have only worked on a couple of stamp issues, like Tampa, Florida–based Dean Mitchell, who, along with Thomas Blackshear II, made portraits of famous jazz musicians for a special series of stamps that came out in 1995.

The most successful pieces represent the subject in an honorary, respectful and celebratory way.” —Ricky Altizer

“The best way in for new artists is to send samples of work or a portfolio link to the art directors,” says USPS art director Antonio Alcalá, who also notes that everyone gets the same flat fee for working on a stamp, whether it’s a famous artist or a child. “[Antonio has] made a concerted effort to give a platform to a younger and more diverse group of artists and illustrators through his stamp assignments,” remarks New York–based designer Ricky Altizer, who used to work at Alcalá’s design studio and assisted with a couple dozen stamp projects, most notably the 2018 first responders stamp, created with illustrator Brian Stauffer, and the 2020 Earth Day stamp, featuring Alcalá’s painting of Earth.

One of the artists Alcalá recently commissioned is Stockholm-based illustrator Andrea Pippins, who created artwork for the 2020 Kwanzaa stamp. She wanted her stamp to feel modern, like the previous Kwanzaa stamps by Los Angeles–based artist Synthia Saint James, who designed the very first USPS Kwanzaa postage stamp, issued in 1997. “How do I go in that direction,” Pippins recalls thinking, “but make it my own?” She settled on using cooler, blue tones, rather than the traditional Kwanzaa colors of red, black and green, and created a graphic reminiscent of her own style. Pippins says she presented approximately ten initial pen sketches; the final design is a festive image of a kinara in the foreground with a face in profile right behind it, with rays of blue and yellow radiating in all directions.

“Andrea Pippins did an incredible job creating something vibrant, joyful and dignified,” says Altizer, who saw the beginnings of the Kwanzaa stamp’s design process while working for Alcalá. “The work is always better when the art director takes time to find a voice to represent the subject authentically and creatively.”

Which leads to a larger question: What makes for successful postage stamp design in the United States? When Pippins first began working on the assignment, she was “thinking about my design professor,” she says. “Whenever we were designing a logo, he would say, ‘You want to make sure it works as small as a stamp or as big as a billboard.’ It’s such an interesting visual problem to solve in a small space.”

“There’s a multitude of ways of measuring success,” says Gicker, director of stamp services, such as “engaging the public, selling well or intriguing people to discover something new.”

“The most successful pieces represent the subject in an honorary, respectful and celebratory way,” says Altizer, who remembers how thrilled he was when a wave of first responders reached out to tell him how much they liked his stamp design. “It’s important that stamps feel real to the people they’re trying to honor. Clients often say ‘Our audience is everyone,’ and it’s rarely true, but in this case it is!”

“Stamps are one of the few ways that the United States brands itself,” Alcalá says. “We have money—which looks pretty dated—and the flag, but not many other things that represent the whole US, saying, ‘This is who we are’: the people, events, values and ideals of the country.”

“Stamps are a part of a visual culture that helps create impressions in people’s minds,” says Piazza, “and have a role in creating and reappraising these national mythologies.” As a historian, he’s particularly excited about the stamps that will come out in 2025 and 2026, celebrating the 250th anniversary of both the United States and its postal service. In the lead-up to the bicentennial in 1976, “people were talking about the United States’ colonial history and other histories that were left out,” he says. “It’ll be interesting to see what stories are told now, 50 years later, and how they’ve changed since 1976.” ca

Elena Goukassian (elenagoukassian.com) is an arts and history writer based in Brooklyn. Elena writes about art, books, theater, film, music, architecture, and dance. She's also a huge fan of digging through archives and uncovering unusual histories. Elena’s pieces have appeared in Artsy, The Nation, Lapham’s Quarterly, Hyperallergic, and The Washington Post, among other publications. 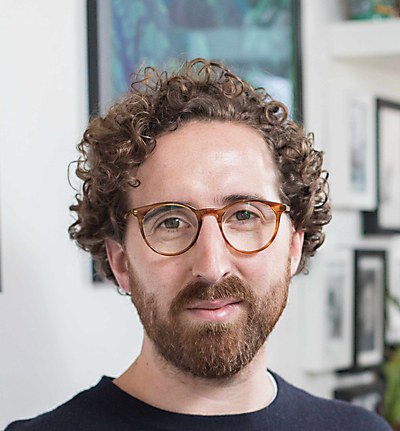 Columns / Insights
Savoring the Process
Tom Hovey shares how he learned to balance craftsmanship, high quality and efficiency as the illustrator for The Great British Bake Off. 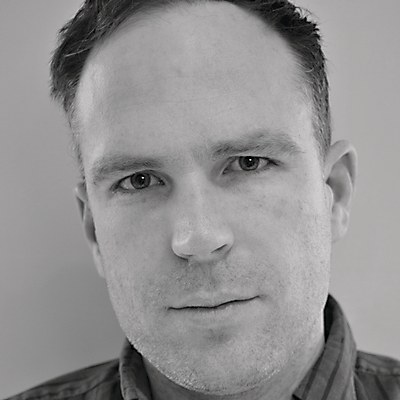 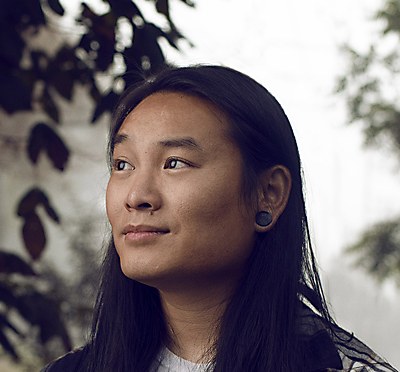