Breaking Up Is Hard to Do

Two designers meet. They respect each other and admire each other’s work. They believe they will be stronger as a partnership—two heads are better than one, especially when selling, right? They decide to work together. Typically, their agreement is 50/ 50: the workload, the profits, the glory. At the outset, everything is coming up roses. But then, a few years later, things start to wilt. One partner believes she or he is bringing in more profitable accounts and is entitled to take home more money. The other partner wants to serve a different kind of client or have a different kind of business. And there’s a split. Often acrimonious.

The most public split in the design industry happened in 2014 at the Hoefler & Frere-Jones type foundry. When Tobias Frere-Jones, designer of Interstate, Gotham and other classic typefaces, realized he wasn’t going to become a full and equal partner, he sued Jonathan Hoefler for damages of “not less than $20 million,” including the value of the fonts he’d previously developed and transferred to the foundry for $10, as well as those he designed during his fifteen years there. Although neither party was willing to be interviewed for this article, it’s clear that today, six years after the case settled out of court, each is equally celebrated. Hoefler stars in an episode of the Netflix documentary series Abstract: The Art of Design, and Frere-Jones won Cooper Hewitt’s 2019 National Design Award for communication design.

Also in the news: the split of Sagmeister & Walsh, and Jessica Walsh’s formation of &Walsh, in July 2019. That might have come as much of a surprise as their 2012 partnership announcement, which featured a full-frontal portrait of the two of them, nude, except for Sagmeister’s black socks. At the time, it surely seemed that no one as outrageously gifted and famous as Stefan Sagmeister would need a partner. But he did. “The problem was that all these talented young people would come to work for me, and after two or three years, they’d leave to start their own studios,” he told me. “Jessica was one of the best. She had similar notions about design: emotional design made by human beings and not by computer. I didn’t want her to leave and become the competition.” He also wanted to see what teaming up with a woman a generation younger than himself could bring. “We never thought it would be a lifetime thing. It was, ‘Let’s try this out.’ We didn’t have a formal agreement, only a page and half about who does what. We did it for three years, another three years and then two years.” During that time, Sagmeister & Walsh grew to 25 people. Walsh loved having a large firm. Sagmeister did not. “She loved to supervise and manage. We could have grown to 300,” he says. “She was pushing for being larger. I was kicking and screaming, holding off for being smaller. I think any design job can be done best by three to five people.”

Many people seek partners because they believe that at least two principals are needed in a client meeting; first, to sell the firm, then to effectively make a presentation that sells a concept. Not according to Sagmeister. “Jessica and I never went to the same meetings,” he says. “It would be a waste of resources for both of us to be in the same place at the same time. I have no trouble selling stuff on my own.” So now he’s happily moving his operation back to his apartment on 14th Street, where he’s planning a series of Beauty museum exhibition openings across Europe. And he says he’ll continue to collaborate with Walsh on Beauty and on other projects, when the right ones come up.

Most people, I think, look at breaking up as a bad thing. I take the opposing view, that breaking up can be positive and energizing.” —Larry Miller

“Most people, I think, look at breaking up as a bad thing,” says Larry Miller, principal of Listen, Write, Design, in Charlotte, North Carolina. “I take the opposing view, that breaking up can be positive and energizing. Especially when there are creative differences or personal habits that drive you crazy, things you didn’t realize when you signed the partnership agreement. The other person is a night person, and you do your best work in the morning. You’re Always Helvetica, and he’s Never Helvetica. That kind of stuff can rankle and reduce creative energies. In my case, I wanted a fresh physical and emotional landscape, to leave New York and move to another part of the country. A breakup can restore creative energy, get you away from the problems and, perversely, bring back a renewed passion for design.”

Richard Danne of DanneDesign in Napa, California, never lost his passion for design, through two partnerships and his current role as sole proprietor. “I spent five years in a partnership with [the late] Phil Gips and thirteen years in a partnership with Bruce Blackburn,” he muses. “They were five productive years at Gips & Danne, where we created the iconic posters for Rosemary’s Baby and Downhill Racer—plus everything from album covers to annual reports to promotions for airlines.” He spent another thirteen years as the “nurturing” partner at Danne & Blackburn, where, among the notable projects he and Blackburn created, was the 1974 NASA Graphics Standards Manual, “a landmark piece,” he says. “There has to be synergy in a partnership. And when that stops happening, the exit process can be horrific.” In the case of Gips & Danne, it was Danne not being as starstruck by Hollywood as Gips; not willing to be a “comp machine” churning out idea after idea for impossible movie moguls. In the case of Danne & Blackburn, it was about two partners with different opinions about whether to seek greater financial return or more finely crafted design aesthetics.

And yet, as Danne says, “Two or more partners create way more synergy than a sole proprietor. If it’s clicking, you have a bigger profile and get better assignments.”

Kit Hinrichs, now of Studio Hinrichs, an independent design firm in San Francisco, calls himself a “serial partner.” His partnership with Anthony Russell clicked for nearly seven years as Russell & Hinrichs. “Tony and I were young, and our needs were diverging,” Hinrichs recalls. “We had no formal way to disengage, so we just separated, but not happily.” After that, more happily, he was a Pentagram partner for 23 years. “The absolute best partnerships are the ones that clarify what it takes to become a partner and what it takes to leave the partnership,” Hinrichs says. “Pentagram was the best. They select partners by unanimous vote. It’s very clear what the responsibilities are to join, and the rules for leaving are agreed upon before you join.” Hinrichs says he left Pentagram in 2009 because he’d reached typical retirement age and didn’t want to push as hard as he used to. “I also wanted to do more individual projects that don’t always generate the same fees,” he says. “It was just time.”

He recently moved to a larger office, shared with Su Mathews Hale, a former senior partner and creative director at Lippincott. “Su and I are office mates,” he says. “We occasionally work on projects together, but it’s more about professional companionship. Su and I have different strengths. We call on each other when either of us needs the skills of the other. It’s always good to have a peer to bounce ideas off of.”

Rather than dwelling on negative aspects of partnerships, Hinrichs is happy to share advice with those who are thinking about committing to one or starting one themselves. “Select partners who are talented, ethical and you genuinely enjoy working with,” he advises. “You are probably going to spend more time with them than with your spouse. So choose carefully.”

Two or more partners create way more synergy than a sole proprietor. If it’s clicking, you have a bigger profile and get better assignments.” —Richard Danne

“Partnerships, like marriages, are easy to get into, but get messy when businesses face difficult times,” agrees Sam Mollaei, a Los Angeles attorney who specializes in setting up new businesses. “I’ve seen too many disputes between close friends who didn’t take the time to draft a written agreement and relied on an oral or ‘handshake’ agreement. Before starting the partnership, use a lawyer to draft an agreement in which all the terms are agreed to in writing,” he advises. The agreement must lay out specifically what each partner’s responsibilities are, how they will be paid and what will happen if the partnership splits up. “Especially for designers, it’s important to specify who owns what aspect of all the intellectual property created,” Mollaei says.

What if your partner is your spouse? Think Massimo and Lella Vignelli, Pat and Greg Samata, Michael Donovan and Nancye Green, Armin Vit and Bryony Gomez-Palacio. Are those partnerships always charmed? I can’t think of one married-couple design partnership that went through a divorce. For example, Otherwise Incorporated, a midsized Chicago branding firm, was cofounded 30 years ago by a couple who met as freelancers. Writer and business strategist Nancy Lerner and designer David Frej met when they were both working on a project for an industrial design company. “Within a year, we decided to get married,” Lerner says, “and to go into business together.” Over the years, she says, a lot has changed, and nothing has changed. “The essential relationship hasn’t.” In addition to a significant portfolio of client work, much of which is for civic and arts organizations, they have two daughters, ages 25 and 28, both of whom work in creative fields. “They grew up at the kitchen/conference table, at the flat files,” she says.

Lerner is also a keen observer of partnerships that have ended. “Some designers aren’t good at running businesses,” she says. “They might have problems with getting clients to pay and with making payroll. The partners might step on each other’s toes creatively. That’s why some designers find partners who are accountants, managers, writers, producers—who bring other experiences and skills to the table.”

When I visited COLLINS, Brian Collins introduced me to the business leaders of his company: Emily Morris, who runs client management; Rik Ito, company operations; Yocasta Lachapelle, creative management; Vicki Lewis, finance; and Nick Feder, development. Not one of them a designer. Why was I surprised? We’re so used to thinking design partners are the right ones—the only ones—to have. “I can’t run this place by myself,” said Collins, indicating a full floor of creatives in client meetings and working in groups in conference rooms. “A team of five leads our business so I can focus on clients’ creative work.”

Those are the kinds of partners to have. The ones who free you to design because they’re great at doing the stuff you’re not so good at. ca 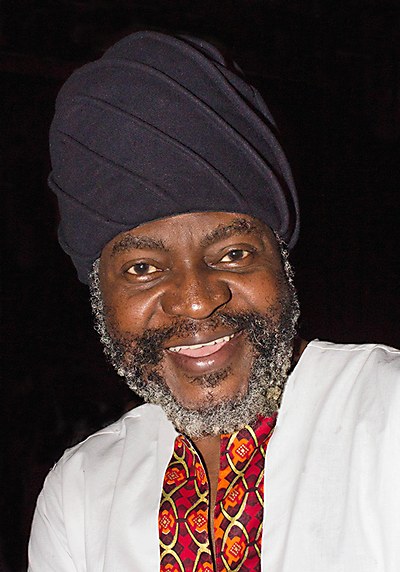 Columns / Insights
Looking Within
Graphic designer and instructor Saki Mafundikwa encourages designers to embrace their roots to create their own styles.

Columns / Typography
How Many Fonts Are in a Font?
Dan Reynolds traces the technological evolution from hot type to variable fonts. 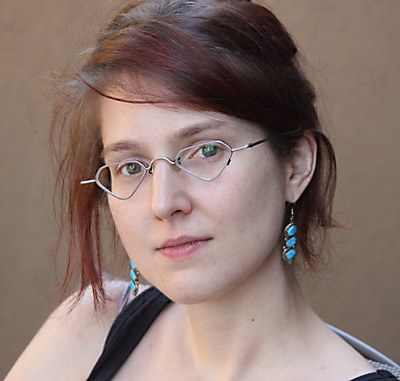