Digital designer Thomas Buffet of B-Reel talks about the experience of creating Google Earth’s interface and how design software can divert the creative process.

How did you get started in digital design and learn the necessary skills? I started by making forum signatures and websites for friends when I was in high school. I grew up in rural France, so the thing that really got me started was broadband internet. Later, I would cold email people and studios that I looked up to and ask them about their work or for internships. Some were patient with me, and they took me in. Looking back, I only interned at small shops. Working with BrestBrestBrest and Soleil Noir (RIP) were formative experiences. I owe them a lot.

My education is somewhat of a straight line. I started with a technical-ish, general degree in media, wandered off for a year after to work more, then came around and completed an MFA at La Fonderie de l’Image. After I worked in Paris for a bit, I made the move to Los Angeles, where I am today.

What tools do you find indispensable for your work? I almost always start on paper. I can’t draw, but doodling and writing work well for me to put ideas in conversation. Things in the software world are different. Every tool wants you to carry out your work in a certain way, makes assumptions about what’s important or how you should think about a given problem.

When I started in design, we used layer comps in Photoshop: a fixed frame through which we would unroll an experience step by step. It was cinematic. In Figma, we’re encouraged to zoom out and look at things side by side rather than as a flipbook—it’s more akin to system thinking. Every tool works with a different set of principles. Being able to learn from and move between these is hard but very important for generalists, in my opinion.

On the other hand, I’m also interested in the gap between the abstractions we get from these tools and the platforms we build for. A jpg is not an app—that sort of thing. Designers also have to be concerned with the technology (air quotes, “materials and methods”) used to produce their work. The idea that we seem to often stop at drawings of things bums me out.

You worked on both Google Earth as well as Earth Studio, an animation platform people can use to visualize geographical information. What was it like working with a massive amount of satellite data? We were mainly tasked with designing the interface that lay above the dataset and guides a number of use cases for that dataset. That said, we were able to direct how each tool would present that data to people. For example, Earth Studio prioritizes the aesthetic qualities of the imagery, while Google Earth works with a much more dense information overlay.

In the case of Earth Studio, I don’t think Google at the time had a very explicit way of thinking about creating design tools as opposed to consumer or engineering products, so we had to fill in some blanks. Admittedly it’s a small ripple, but I hope it showed that even technical tools can work with approachable interfaces.

Anecdotally, I often found myself scrolling around this globe like a droning observer, two steps removed from the landscape but unable to make sense of it as a map. Very disorienting. Worth an academic discussion, probably.

Did knowing these tools would be accessed by billions of people inform your design process at all? Another way to phrase this question would be: “Would I have done things differently knowing this tool would only be used by fifteen people?”—and I think the answer is no. Overthinking it can be paralyzing. It’s not something we did alone either; we were lucky to work with teams and really good people that helped us through the process so that we could focus on listening to feedback and making the tool better.

For example, one of the first things many people do on Google Earth is look for their home. It’s also what I remember doing as a teen when I first tried the software. And with a whole world to explore, why would you begin with something so seemingly banal? The idea that home is where you start, build context and grow empathy for the world really stuck with me. We worked hard to balance that sense of childlike curiosity, like opening an encyclopedia at a random page, with more structured learning and discovery that ladder up to advanced workflows.

Every tool wants you to carry out your work in a certain way, makes assumptions about what’s important or how you should think about a given problem.”

Your portfolio includes digital art pieces like Two Computers and pressanykey.today that play with our sense of screen space and our interactions with keyboards to create something new. How has your art practice influenced your design or vice versa? I don’t know! It’s still something I’m working on. I don’t see these two sides of my practice as being totally unrelated, though. “Art” is a convenient label, but I don’t identify with it entirely. Design absolutely can be critical, rhetorical, idiosyncratic and so on. Munari wrote something along the lines of: “When the objects we use every day and the surroundings we live in have become a work of art, then we would be able to say we’ve achieved a balanced life.” So, maybe balance is the goal.

Your personal projects ōryōki and Another Day seem to have in common a desire for simplification in UI design as a more human-centered approach. Do you think UI design needs to focus more on decluttering? Sure, as long as a product remains simple, consistent, complete, and so on. It’s a balancing act. I think of these two projects as rhetorical proposals: computer utilities (a web browser, a note-taking app) that are designed for poetic effect. Simplification is maybe a result of that sort of posture, but in any case, “less interface” or “a clean look” shouldn’t really be an aspiration in itself to me. Besides, a human-centered approach might dictate incremental improvements that don’t move the needle much or point at solutions that lack imagination. It’s used by default in the industry, without much thought—or worse, as a cop-out. It certainly has its merits but might not be very useful in the context of these two projects. I don’t think either of these would pass a human-centered design review, frankly. And that’s okay!

What is the best website, app, or platform you’ve seen lately, and what makes it great? Mirror is a standout because the project really looks at publishing with a sharp infrastructure lens. The editor interface is also pretty sick. I also liked following the development of read.cv. I’m ready for more Web 2.0 indie revivals. And last, I really enjoyed that thing with the raindrops in the new iOS weather app.

What emerging technologies and innovations do you think will have the biggest impact on how you design in the next few years? In the near future, anything that helps us work with the computer, not against or in spite of it. We may be dealing with increasingly complex systems, more platforms and so on, but some of the basics aren’t likely to change. I often come back to composition, for example. As in, how something is put together—not just visually, but through the composition of its every component.

I don’t think the answer is only technological, though, or “new.” Different models for the education, organizing and distribution of digital design will likely have a greater impact on “how we design” than any particular technology. It’s probably further out, but also really interesting to think about.

Do you feel like anything is missing from the digital design toolset that you would like to see developed? I’d like to see digital design take cues from games, architecture, industrial design, procedural generation, software development, cinema or landscaping, among others. It goes beyond tools too. Digital design sometimes feels like a consensual hallucination. We have a lot of neighbors we don’t talk to often. I say that optimistically.

What’s one thing you wish you knew when you started your career? It might sound corny, but knowing yourself and embracing all the weird parts of you really pays off. Trying to fit in doesn’t work in the long run. I was lucky to hear this early on.

A graphic designer and programmer working with computers to make interfaces, images, and tools, Thomas Buffet currently works as a design director at B-Reel, a Swedish creative practice doing business in the United States. He leads the design team at the Los Angeles studio. Buffet also maintains a small art practice, developing subversive perspectives on the software we use every day. Buffet contributed work to the redesign of Google Earth in 2017 and led several projects for Google to reimagine our relationship to technology. He received an MFA in graphic design from Campus Fonderie de l’Image in Paris in 2015 and moved to work in the United States shortly after.

Columns / Advertising
Advertising Isn’t Rocket Science. But We Wish It Were.
Ernie Schenck considers why the ad industry keeps adding fancy buzzwords to its lexicon. 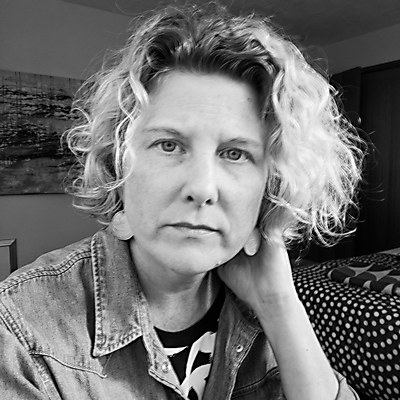 Columns / Insights
Branding On the Overlooked Frontier
With so many people discovering products on Amazon, creative director Pamela Fiehn discusses why brand experiences need to start there as well.