Redesigning the World For Everyone

Alexis Bustos, interaction designer at global digital consulting agency Star, looks forward to what the democratization of design can accomplish.

How did you get started in interaction design? To start to explain my journey, I have to bring you back to a time before smartphones—but a place not far from the center of technology. I didn’t know I was going to be what I am now: there was no UX designer career, and becoming a designer was as elusive as being a painter. Still, I found outlets in art technology wherever I could, from working with cameras to downloading a pirated version of Photoshop CS4. I understood that creativity, whatever that meant at the time, needed to rule my work style.

Life continued, and eventually technology grew into a serviceable industry with more people moving into “tech” as a career. I experimented with creative techwork as a graphic designer at startups, with content creation and with asking people if I could redesign their websites just to learn the basics of design. Eventually, I realized tech and design work just as a graphic designer was not enough for me. I needed something from this industry beyond just pushing pixels.

So, I began to search for where my skills really lived, and they existed best in spaces where I could interact with other humans and meet with other teams: user interviews, design presentations—anywhere I could talk to people. I eventually became comfortable with bridging others into the same idea space and found that skill valuable, something I’d argue is the most valuable skill in this industry.

Before I found interaction design, I could understand there was a need for users to interact with products and that there was a disconnect between information and people. When I had enough mental stamina built up to attend the California College of Arts in California, I found a love for interaction design, experiential design, user experience and the overall design process. It’s also where I discovered my creative tribe that helped push me further into this career.

You currently work at digital consulting agency Star. What challenges must global tech companies address in order to remain relevant? Relevance becomes important because of how connected we are to multiple cultures, time zones, technology trends and types of users. If we don’t understand where the client is, where the users are and what both of their needs are, we’re never going to build something lasting. This isn’t an issue at Star; our designers and technologists live, work and have interests that are vast and well-rounded to stay honest in our work.

I find that consulting at a place like Star is perfect for seeing the big picture because of the need for global thinking. There is a need to stay updated on industry standards while staying grounded in what is plausible. Some clients might be ready to take a jump into the future of their work; others might need assistance bringing themselves into the current state of the market. At times, agency work can be exhausting and make you feel like you’re everywhere at once—and prepandemic, we literally would be—but that exposure to the world is the most practical way to stay relevant. Keep moving.

We’re at a time with design where so many companies, government entities and individuals can apply the design process to some big problems. I’m interested in seeing how the democratization of design can help redesign the world.”

How does the connection between mindfulness and design inspire you? I like to think of creatives and artists as athletes. At design school, I learned this pretty fast; sprinting versus marathon running—both are important and both use different muscles, but regardless, if you run constantly, you eventually need a break to heal. I would watch furniture designers and painters take breaks because of the physical demands of their work, but interaction designers would just work through the night with little-to-no rest or recovery. Just because your profession is sitting at a screen doesn’t mean you’re not physically engaging. Your creative mind can only create so much, so you need to care for it or else it will burn out.

What’s inspiring about that is the idea around the process. The best designers I know have a healthy work-life balance. It can be very peaceful to learn how to open up your creative mind and close it down at the end of a session. We need to give creatives as much room as they need to find and practice their process from beginning to end—time of day, types of physical rest and rejuvenation, creative learning, and open interactions between teammates lead to a more healthy attitude toward their craft.

In your work as an Adobe Live host, how have you been able to use that platform to further the accessibility of tech to underserved communities? Representation is everything. I take so much pride in being featured and working with Adobe Live, and to stand in front of what that team is working toward. It’s a great platform connected to so much learning and mentoring, especially for underserved communities in my field. I think of the Adobe Live thumbnail on YouTube or Behance, and what seeing my face on it does for other women of color in tech and design.

What’s the best app you’ve seen lately, and why? I’m interested in the behaviors people develop when using certain apps, so the apps I find the most fascinating will have high social engagement. For the moment, TikTok is where we can find so much social interaction between a huge array of people. When the UX of a product can be so seamless that it’s almost invisible, that’s something worth paying attention to. Obviously, the engagement of social apps is fascinating in its own right, but the micronetworks mixed with new ways of communicating is the most important thing to consider.

What role does technology play in how brands approach diversity? Technology plays a huge role, but it showcases its lack of diversity in subtle ways if we’re not part of a marginalized group. When we look at the role of technology in our lives, we see an unending space with huge fragments of ourselves tied to it—our phones, our cars and our sources of consumption are layered with technology. By that logic, our behavior emerges and changes depending on the technology with which we are surrounded. If we continue to allow technology to only be designed for able-bodied, English-speaking, cis, hetero, non-POC people, we’re going to continue to see technology center that group. Not only is that a poor business model for emerging communities around the world, it also misses the needs of users that could push technology to be better all around.

What trends in digital design are you most interested in? I want to see what design can do for good. The environment is going to continue to change, and designing for the future of energy, of human well-being, and of housing and urban development is going to be both necessary and incredibly impactful. We’re at a time with design where so many companies, government entities and individuals can apply the design process to some big problems. I’m interested in seeing how the democratization of design can help redesign the world.

What advice would you give to designers who want to start taking meaningful steps toward inclusive design? Inclusive design starts with the individual designer. If you’re not asking yourself on a daily basis: Does this idea or concept include everyone? Do I know how this idea will affect others or the industry? Will it be in a way that uplifts or hurts? And if you’re not sure or feel those questions are too big, you’re not talking with or working with enough people. Inclusive design is about advocating for those who aren’t at the table, either in the demographics you serve or the people you work with. If that’s too much, then start by expanding your circle socially. It’s easy to think of other people if you can look around you and not just see yourself. Then, you can answer simply and advocate for more people from all walks of life.

Alexis Bustos is an interaction and UX designer from the San Francisco Bay Area, creating digital products and immersive experiences. She is passionate about making sense of big problems through research and staying knowledgable on trends within the industry by engaging with the design community. Currently, Bustos works at Star, a global product design consultancy, and works mainly with automotive clients. She looks forward to collaborating both with creative and development team members to deliver high-quality digital work and create the best possible user experience. You can also find her hosting Adobe Live streams on Behance and mentoring career-shifting designers. In her spare time, she enjoys woodworking and plays music from her home in Oakland, California.

Columns / Design Issues
Assignments for Hire
Nancy Goulet reports on what job seekers need to know about the growing trend of creativity tests. 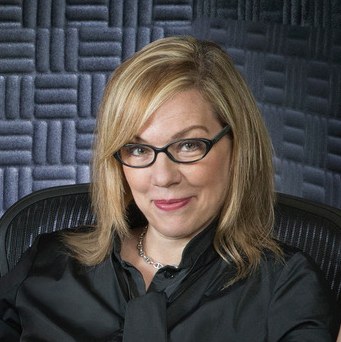 Columns / Insights
Success Equals Time Multiplied By Hard Work
The formidably multitalented designer, author, educator and podcast host Debbie Millman discusses the importance of courage over confidence and the myth of being too busy to do what you love.