By Natalia Ilyin
I don’t like reading academic writing. I read a lot of it, but I’m not drawn to it. Much as I may want to get at new ideas, much as I might look forward to new notions or to an interesting twist in criticism, I don’t find myself pulling out a copy of John Toews’s Becoming Historical or Mitchell and Thurtle’s Data Made Flesh when I have 35 minutes to read something on the ferry going home from work.

If it’s a choice between reading Barbara Stafford’s Good Looking: Essays on the Virtue of Images or a fresh new copy of Weight Watchers magazine (featuring luscious grilled vegetable brochettes for summer enter­tain­ing), I’m going to spend my ferry-ride read­­ing about brochettes rather than about develop­ing a positive visual praxis on the inter­pre­tive ruins of linguistic Post­modernism.

All three of the books I mentioned are interesting, difficult books. All three hold much value for a person interested in semiotics or history or culture. But, like so very many academic texts, it’s hard to get at their ideas. All three give me the feeling that I am jackhammering cement in order to get to the soft soil of thinking below the hard crust of formal academic writing. 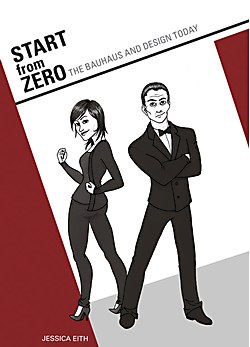 Jessica Eith’s contemporary “generic designer” shares the page with Walter Gropius, director of the Bauhaus, whose dictum “Start from zero!” became the title of her thesis project.

It’s just plain hard work, separating nuggets of thought from billowing verbosity, and academics seem to like it that way. It makes them feel that their work is demanding, that it is hard to understand and for that reason, valuable. (Sort of like the ’90s idea that making type “hard to read” would intrigue the audience, make them work at deciphering the obscured message, and have them come away with “a larger experience of communication.” Unfortunately, most people came away saying, “weird blob,” and that was the end of the conver­sation, ripe though it had been with Poststructuralist possibility.)

Although people like Carl Jung and Albert Guerard and Marshall Dill and John Gardner, to take a random glance at the bookcase, were somehow able to have wonderful ideas and also write them in lovely, clear prose, these days that’s not considered kosher. Critics of “serious” subjects set the bar too high for true education. I have to pick through words and phrases intended not to clarify an argument, but to buttress the perceived value of the writer as representative of his par­ticular philosophic or critical school. And so do my students. Access to ideas seems to be blocked on purpose: If you do not own the decoder ring, you cannot play. The rose gives forth its perfume only for a reader versed in the com­bi­­na­tion of winks and guarded hand-signals that is much of intellectual writing in the current era. However, a recent glim­mer of light has been thrown upon the page.

Because I love history, I teach the required courses about the history of design to graphic design students at Cornish College of the Arts in Seattle. I am sure, that, like me, they are not overwhelmingly drawn to much of the reading, which many may view as long-winded tracts about dead people and their once-fresh ideas. I am sure that, given the chance, many of my students would also rather read about brochettes than about the early “masters” of Modern­ism. But they know that hard reading is currently the price of education. You drag in a big, comfy chair, you buy a small, powerful lamp, you turn off the iPhone and you go to work.

Some professors say that studying history is not exciting enough for a generation born after the invention of blue Jell-O, and try to liven things up in a game show/carnival atmosphere.

I can’t bear that kind of thing, and I don’t think my students like it either. They have enough things bonking and beeping and interrupting them, and I think it is a damned relief to some of them just to have an uninterrupted hour of read­ing. But the reading that goes the best seems to be that which relies on narrative rather than intellectual high jinks in order to get its point across. In other words, my students like stories.

Recently, Pam, my former business partner and the woman who can quote Einstein’s first groundbreaking scientific papers on demand, casually referred to Herodotus while finishing a small pizza at lunch. Herodotus-talk does not come up too often in the average Seattle day, and I asked her how she had found reading that great historian—perhaps the greatest historian in the history of historians.

“Easy,” she said, “and I also read Thucydides.”

“Easy?” My eyebrows went up. I did not recall those two being easy. I recall bonking myself on the head to make the stuff go in when I was nineteen or so. I recalled having forgotten everything until both came up again in my thirties, at which time I sank under the weight of Darius.

“They were in the Cartoon History of the Universe, by Larry Gonick,” she said.

I couldn’t believe my ears. Here was a woman whose intellect I respect telling me she had basically read the cartoon Cliffs-Notes to Herodotus and Thucydides and was fine with that. I felt betrayed.

“Gonick put them in context for me, and then I could go back and relish the originals, knowing their place in the bigger story,” she said. I looked down at my decaf, somber. And then the light I keep mentioning began to break.

First, let me clarify something. It is not that I have never heard of the graphic novel nor of its techniques and uses in nonfiction writing (the only way I got through Freud was by resorting to a comic that explained all the ins and outs, as it were). Bible stories, I am told, have been taught as comics for over 80 years, and Maus won the Pulitzer Prize. No, it is the use of comics to overturn the pomposity of our post-post­modern academic critical writing that dawned on me then. The idea that comics could be a better way “in”—could clean up our academic act. Because, really, in a graphic novel style, there is no place to hide. You have an idea or you don’t. You have a point of view, or not. You can’t hide in quoting and paraphrases, in rehashing and churning whatever it was that mattered to your teachers. The critic is exposed with all his brain cells hanging out. He can’t hide from the reader the way any writer can in the luxury of the academic third person. Narrative critical writing using the graphic devices of comics could blow away our dependence on the relooping of critical threads left over from good old 1968. And designers particularly could benefit: For design history centers on made things, on tangible things, and that gives us something to cartoon about. That sets the bar at a place where real people can jump it. 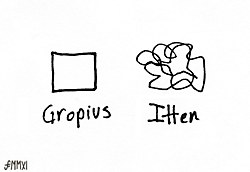 As I was thinking all this over, it hit me that I might already know someone who was getting close to using comics as a critical tool in design. Jessica Eith, a senior at Cornish, had lately taken to posting dead-accurate cartoons on Facebook about the fraught relationships of designers at the Bauhaus. These were hilarious to anyone who knew something of design history, and intriguing to anyone who did not. I got in touch with her.

As it turned out, she had decided to make the whole thing her thesis project, Start From Zero: The Bauhaus and Design Today, which features a “generic designer” in rela­tion­ship with members of the Bauhaus. When I asked her about her project, this is what she said:

“My thesis was originally born from my annoy­ance that people think history is boring, and many adults’ worry­ing habit of not learning new things…The Bauhaus was a veritable soap opera, what better to hold a cynical and jaded public’s attention? And comics…are easily under­stood by most people, even those with unreason­ably short attention spans…I love story­telling, and comics just seem like the most natural course to take for me. They have always been on the same level as books and movies to me, never second best. They are, after all, a mar­riage of the two.”

It’s time for design criticism to kick its dependence on old-school cultural criticism talk. Perhaps a good story and a point of view on that story are all we really need. I hope for more of this kind of thing: If the choice were between reading Jessica Eith or Weight Watchers magazine, you know I’d put down the brochettes. ca

Natalia Ilyin (nataliailyin.net) is a designer, writer and teacher whose current research explores the history of the design of persuasion and the construction of the social Self. She has served as director of programs for AIGA New York and has taught at Yale, Cooper Union, Rhode Island School of Design and the University of Washington. A professor at Cornish College of Fine Arts and one of the founding faculty of Vermont College of the Arts, she also co-directs a refugee relief program that supports community-identified initiatives on the Thai-Burmese border. 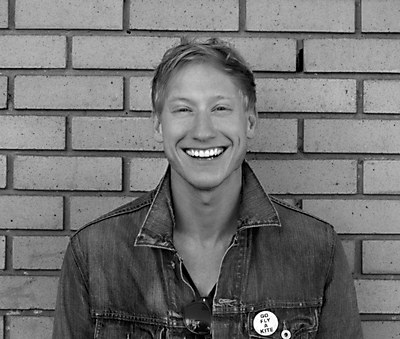 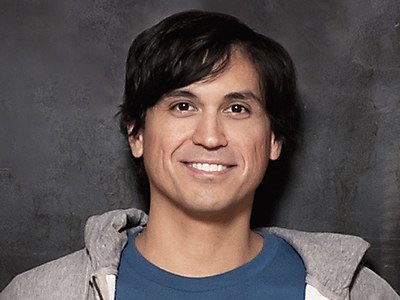 Columns / Insights
As Awesome As It Sounds
Mike Caguin discusses long-term happiness, Chuck Porter, and treating each other with respect. 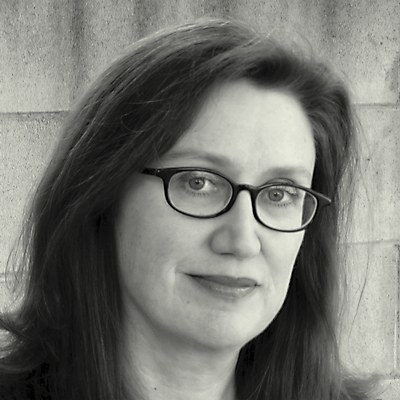