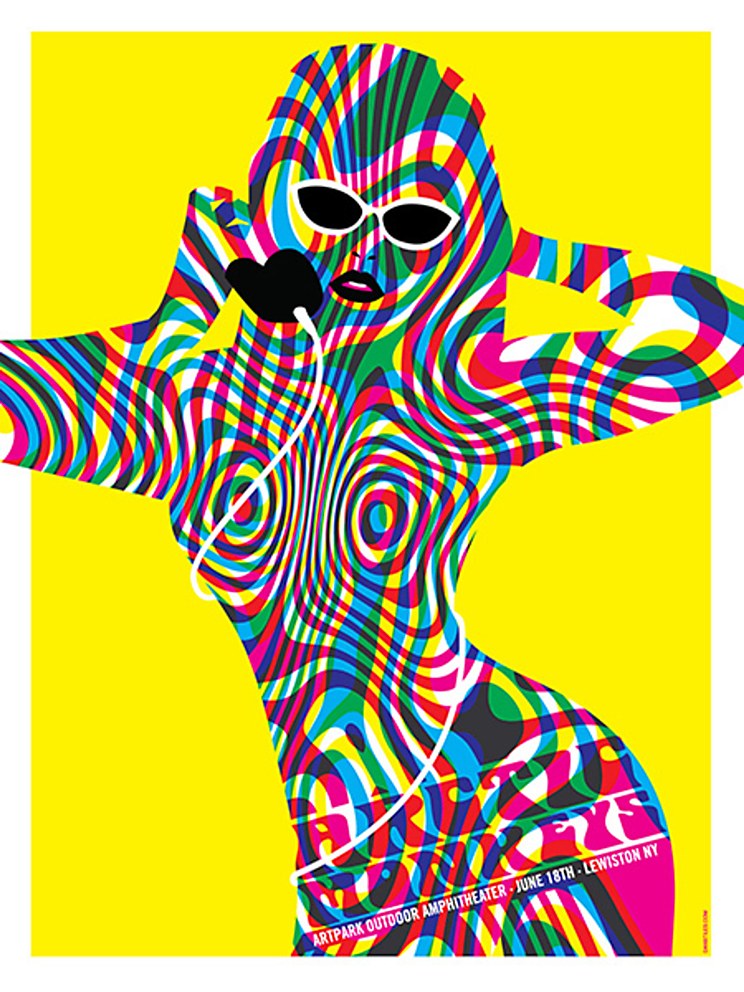 Dan Stiles: You Don’t Have to Start With a Good Idea, You Just Have to Finish With One

Everyone has ideas. They pop in to our consciousness and, as a consequence of the endless details of daily life, flow right back out, mostly without question, qualification, judgment, or even meaningful acknowledgement. That indifference is transformed by a single word: client.

For clients, and client projects, ideas can’t exist simply as the free flow of thought. The thoughts must be purposeful and the ideas “good.” And they must invariably lead to useful, beautiful, and never-been done-before work. Along with those qualifiers comes judgment. And anguish. Because not only do client projects require good ideas, they require them quickly. So the ideas can be fleshed-out, presented, and executed with the increasing rapidity that’s expected of a creative industry gone digital.

About how to manipulate and mold those ideas so they conform to preconceived concepts, Dan Stiles has a unique approach. When he sits down at his computer he doesn’t always know where his process will take him. And even if he has ideas when he begins work... he hasn’t decided whether or not they’re any good.

WHO IS DAN STILES AND WHAT DOES HE KNOW ABOUT IDEAS, DEADLINES AND CLIENT BRIEFS?

Hailing from the Pacific Northwest Dan is a designer, illustrator and author best known for his concert posters. He began his “grassroots attempt at creating a career” through entry-level jobs in prepress service bureaus and T-shirt shops, and by designing posters for local music gigs, and eventually earned a design degree from San Francisco’s California College of the Arts.

He’ll be sharing his creative approach and process with an audience when he leads a session at Adobe MAX titled, “You Don’t Have to Start With a Good Idea, You Just Have to Finish With One.” During which he’ll talk about his methodology for pursuing a “good idea” and the process he refers to as a “visual feedback loop.”

Just to clarify things: Dan doesn’t sit down without any inkling of what he wants to do. What he does do is sit down without a preconceived idea of what the work will look like when it’s finished. His concepts can be based loosely on anything from the title or a line from a song, a band’s album cover art, the band itself, a concert venue.... or just about anything else.

What he hasn’t already done when he begins work is wholly reject or accept any of the ideas that have been bouncing around in his head. Instead, he gets to work to give some color, some dimension, some life to the blank Illustrator artboard on his computer screen. “I think a lot of people look at their computers as execution tools, and not as tools for helping them think. I do a lot of thinking at the computer; between a drawing tablet and Illustrator I can sketch all these little things and at the same time try to figure out how they might all eventually fit together.”

SITTING DOWN TO THE UNKNOWN

Everyone knows the importance of concept. But according to Dan, having a concept has unfortunately begun enveloping not just the guiding principles behind a project, but its execution, “I know some very successful designers who compose and imagine entire completed pieces in their heads... then they sit down to execute them.” That’s not usually how he works. Primarily because he realizes that it’s not always going to happen that the first thing he draws will have the answer in it. He acknowledges, “How often have you had an idea you thought was great, until you sat down to execute it, then realized it wasn’t so hot?

So much of my work starts in one place and winds up in another. Even if a first idea is awful I always try to figure out if there’s some nugget in it, or some orthogonal way of looking at it that I can learn from; I use a failed idea as a feedback loop instead of crumpling it up and throwing it out. As long as when I’m done I can say, ‘Look at this thing I created, it solves the problem in this way, here’s the idea.’ That doesn’t mean that I needed to start with that idea, it just means that once I’ve finished, I have something that’s a valid solution.”

HOW DO YOU KNOW SOMETHING’S “DONE” IF YOU DIDN’T KNOW WHAT IT WOULD BE WHEN YOU BEGAN?

“For every project, there’s that moment where it feels really good. When you know you’ve cracked it and from there all you have to do is make it prettier... and that feels really good. But for me that’s often 80% of the way in. And that’s kind of scary. At that point you have to have some faith in the process and the knowledge that the more you work on something and the more you think about it, that it will eventually mean finding success.”

Like most of his peers and colleagues, Dan used to hide the real work (“how ugly my projects were before they were done”) behind his art, and showed people only the final results of his efforts. But in 2015, on a promotional tour for his book One Thing Leads to Another: The Posters and Art of Dan Stiles, he realized that what people seemed most eager to learn from him was just that—the work behind his work.

The more he spoke, the more he wanted his audiences to understand those things that nobody really seems to talk about: That each design project is a mountain that needs to be climbed, that he doesn’t start a project and work his way forward in a linear progression to an expected and striking outcome. “During that book tour I began showing that sort of labyrinth of effort, and the despair that can happen along the way when you’re attempting to develop something from start to finish; I wanted to remind people that the things we create are brand new, the world’s never seen them before, so of course there are going to be failures and setbacks.”

“FAILING YOUR WAY TO SUCCESS” IS A LENGTHY PROCESS

Dan admits that his process of repeatedly failing until he finds success can be “inefficient,” especially when he has to come up with a concept and finished art in a matter of days, but he also knows that it’s during those ugly/difficult moments where the growth happens. “They’re uncomfortable, but that’s when you learn. Nothing really spectacular happens inside your comfort zone.”

Nevertheless Dan’s begun using a process he refers to as “symbolize and summarize.” Named after a comment Saul Bass made while discussing his approach to designing film titles, it consists simply of putting into symbols everything he’s thinking with regard to a project.

“The symbols we all share, we share for a reason, and we’ve shared as a species for a very long time. They create a language of archetypes. So, I sit down and draw out all the symbols I can think of that link back to my concept, like, for example, ‘What does happy look like?’ Then I’ll draw 30 different things that mean happy to me. Then I’ll draw 30 different symbols that answer the question, ‘What does angry look like?’ Then I’ll see what I get when I merge two of these antagonistic symbols. If you understand the thing that you’re trying to explain visually, and you can break down that understanding into symbols, then combine them in novel ways, you can generate some really interesting results and shorten a much lengthier discovery process.”

ALL WRAPPED-UP AT ADOBE MAX

“What I want to do during my MAX session is delve into where I start, where I end up and why, oftentimes, my initial ideas are nothing more than a springboard to launch me onto a path with so many turns that the finished piece has little or nothing to do with where it began. That’s why the title, ‘You Don’t Have to Start With a Good Idea, You Just Have to Finish With One.’“

Adobe MAX, the world’s premier creativity conference and an awe-inspiring mashup of over 9,000 of the world’s creative professionals and best-in-the-business experts who come together to learn, share, create, connect and play.

Communication Arts readers save $400 on a full conference pass to MAX.* Use Promo code PCA16 when you register: adobe.com/go/max16caed *see terms at max.adobe.com/terms

Sue Garibaldi joined Adobe after many years as an editor at Communication Arts magazine where she wrote, edited, and distilled content for print and the web—awestruck by the talented, passionate people who worked in visual communications. Now as the community manager for the CC Ecosystem team it’s her job to stay informed about all the remarkable work those same creative types are doing with Adobe’s design and capture apps.

Columns / Business
We’re All In This Together
Claire Sykes collects five art directors’ takes on building professional relationships with illustrators. 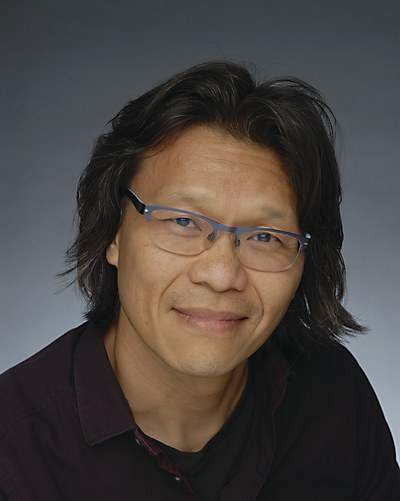 Columns / Insights
Sizing Up Editorial Designs
From a Village Voice cover portraying Bill Clinton in the literal flesh to business stories for the New York Times, Minh Uong considers the size of every editorial design. 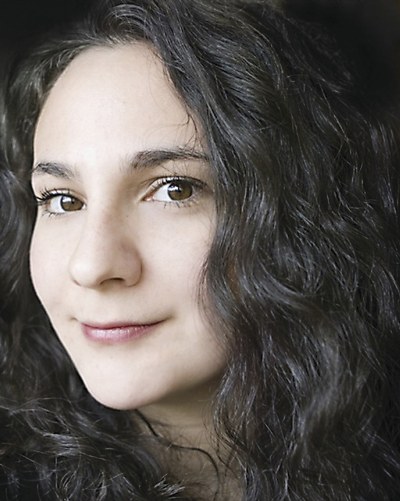