How did you get started in graphic design? You don’t choose design; design chooses you. OK, I don’t have a good answer to this one. I went to art school thinking I was going to be an “artist,” and came out with a bunch of CD-RWs with fonts on them. 🔡

How does your experience working at Bloomberg Businessweek and the New York Times impact how you approach your work at Google? Part of meandering through different disciplines and industries is that you cross-pollinate the values of your previous experience to your new one. From my perspective, I see a lot of similarities between my life in journalism and what I do now. When I’m reporting, I have a responsibility to tell other people’s stories and explain how, why, when, who and what is happening. I have a similar approach with our emoji work. When a proposal comes across our desk, we try to understand what the emoji’s contribution is to the emoji ecosystem as a whole, how it offers value in a communication context, who it is for and if it has demonstrated a long, established place in culture. I surround myself with experts and I research prototypical understandings of abstract concepts like “happiness” and “dog” and set out to design them. Then, when these emoji are out in the world, it’s up to people to decide how to tell their own stories and be funny or smart or sincere or dumb with them. 🤠

What surprised you most when you first started designing emoji? How core emoji are to digital communication. I don’t think I fully appreciated emoji’s contribution to language. Emoji are the markers of empathy, supplementing the gaps of face-to-face communication like body language, eye contact, volume and cadence in speech. Text alone isn’t adequate enough when communicating digitally and when immediacy is required for informal reading, versus formal reading and writing, like books, essays and the nightly news.

What is your favorite emoji that you’ve designed? Philosophically, I am pleased to see the introduction of a proper hug emoji next year. The current one has a strong “jazz hands” vibe. Earlier this year, we proposed an emoji of two people hugging to Unicode, and the design played a critical role in its encoding. By designing the hug emoji in a manner that keeps gender and race as ambiguous as possible, the broadest set of people can project themselves onto it. When designing emoji, we try to remove as much detail as we can so they are still relatable and retain their semantic functions. By adding details to this emoji, it could change its meaning entirely—an “I’m-sorry-to-hear-that hug” is very different than a “It-was-great-to-see-you hug.” Two women hugging conveys something different than a man hugging a woman or a woman hugging a man!

In general, each individual emoji taken in the context of itself is great. I love reading emoji proposals. However, when taken in aggregate, we’ve ended up in an uncanny valley of representation, where the catch-all power of iconography no longer works because there are too many icons—and yet, there can never be enough specific icons to truly represent everyone and everything in a literal sense. 🌐

When these emoji are out in the world, it’s up to people to decide how to tell their own stories and be funny or smart or sincere or dumb with them.”

How do you ensure that users won’t confuse Google’s emoji for, say, Apple’s? That’s not a concern I have. What’s important is that people are being understood when communicating across different platforms. This is the essence of why Unicode unicodes. 🗣

How does your illustration work feed your design work, and vice versa? For starters, I’m not consciously thinking of them as different things. I mean, they are different, but I’m not self-aware enough to make the distinction unless I’m forced to, like in interviews. I think it’s OK to embrace the differences and appreciate the similarities. ☯

How do you keep all your skills sharp? That’s up for debate. Sometimes I feel like I’m cutting with a dull knife. I’m not sharpening my knife as much as I am just throwing it away and buying a new one every time I change my career. If I were to tell myself five years ago what I’m doing now, I wouldn’t believe me. And if five-year-ago me were to tell ten-year-ago me what I was doing, I wouldn’t recognize myself either. I’m a curious person, and I try to surround myself with people who are far more talented, smarter and more generous than I am. 🙇

How has the rise of GIFs and memes impacted design? We’ve been taught to understand there is more than one valid point of view and that people come to their positions from experience and education, which teaches us to look at sources from other points of view than our own. Memes and GIFs subscribe to a different philosophy—taking complex issues and making them black-and-white, and funny. Seeing something everyone has seen before and having the ability to articulate it in a new way that resonates with other people feels so good. It connects you with other people, and you feel less lonely! And gosh, being funny is hard. Not having to come up with the joke but being able to deliver the punchline? Well, that feels really good, and that feeds into the virality that surrounds memes and GIFs. In some ways, these fabulous bits of short-form video and annotated pictures cause people to lose the ability to think critically from their own point of view. And we share them as an extension of how we want to be perceived.

I think we see this reverberating in design culture. While it is refreshing to see designers not take themselves overly seriously anymore, I read far less criticism and more hot takes these days. 🔥🗑

What is significant about visual language today, and how do you think visual language will change in the next ten years? I’ve never really thought about what visual language will be like in a zombie apocalypse. I suppose we’ll be living in tents made out of Post-it notes left over from design sprints. No one will have hobbies anymore since they’ve all been monetized and acquired by some company we haven’t heard of yet.🧟

What’s one thing you wish you knew when you started your career? Men are overrated. 🙅

Jennifer Daniel is the design manager of the Expression design team at Google, overseeing creative direction across stickers, GIFs, emojis and camera effects. Her work designing machine–learning generated selfie stickers in Google Allo was recognized by Fast Company’s Innovation by Design Awards in 2017. Prior to joining Google, Daniel was an art director and graphics editor at the New York Times for ten years, where she worked in the newsroom covering a breadth of topics. From there, she went on to become the graphics director at Bloomberg Businessweek, where she oversaw the graphics for a number of award-winning issues. Acclaimed for her conceptual and content-driven approach to illustration, her work has been widely published. Her latest book, The Origin of (almost) Everything, explores the universe through charts and diagrams, data and facts. When not working, Daniel enjoys doing whatever her twin toddlers tell her to do. She lives in Berkeley, California, but still keeps all of her clocks set to New York time. 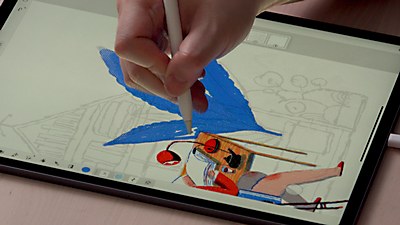 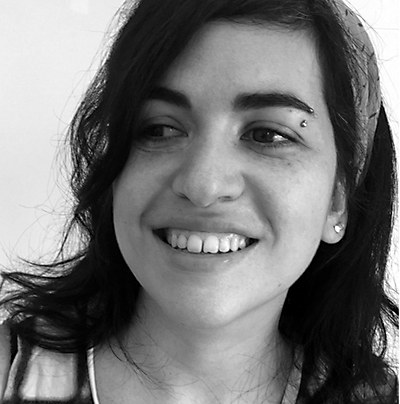