My books, my books! How I’ve missed you!

For years, my art and design books were scattered throughout various rooms, in small bookcases, on tables, on the floor. Some (too many) were in storage, in cardboard boxes labeled “HEAVY.”

I wanted to see them all in one place, so I finally ordered a shelving system that would cover a single large wall. My books would be available to me in one visual sweep.

When the unit was delivered and installed, I retrieved the boxes from storage. I figured it would take an afternoon, maybe two, to arrange the books on the shelves. “Not so fast!” they said to me. I had neglected my books for so long, and they demanded that we get reacquainted.

Paging through one after another, I realized that their collective influence on my life comes not only from their literal contents, but also from the circumstances surrounding them. They are reminders of places, relationships and ambitions. Where was I when I bought Matisse’s Jazz? Who gave me A History of Graphic Design? How did I acquire the massive Bauhaus? This led to more musings: What was I doing at the time? Who were my friends, colleagues and mentors? In other words, who was I when each book came into my life?

Where was I when I bought Matisse’s Jazz? Who gave me A History of Graphic Design? How did I acquire the massive Bauhaus?”

One of my favorites is a catalog on the work of artist Alberto Burri. The text is in Italian, so my comprehension is fuzzy, but the memory associated with it is precise. I purchased the book during a graduate school field trip to the Fondazione Palazzo Albizzini Collezione Burri in Città di Castello, Italy. I was overwhelmed by the estate’s vast spaces and evocative paintings, a feeling that has since become familiar when I encounter powerful works of art and architecture. The catalog reminds me of this privilege—a passion that was both ignited and nurtured during those years of study.

The heaviest storage box was filled with musty old typography books and actual type catalogs (remember those?) that I found during road trips to out-of-the-way bookstores. At one point, I was fixated on acquiring books by graphic designers and type designers from the early 1900s. One special find, The Power of Print—And Men (Brooklyn, New York: Mergenthaler, Linotype Company, 1936), was designed by W.A. Dwiggins; another one, Layout in Advertising (Harper and Brothers, 1928), was written by him. I bought these when a designer I worked with and admired had just moved to Hingham, Massachusetts, not far from where Dwiggins had lived. I think I had intended to give him these volumes, but never did. Now visible on my shelves, they remind me of how my colleague inspired me. I should try to find him.

My reflections made me curious about other people’s experiences with their books. I started asking friends about the memories their bookshelves summoned.

A writer I’ve known for decades has a big house with bookcases in almost every room. Sitting in her home office, she reminisced about the books that had affected her in college. She found a hardcover on a top shelf titled Wanderer of the Wasteland. “There was a group of cool classmates, and they were all buying and reading Zane Grey,” she said. “I wanted to be like them, to emulate them, to be liked by them.” I asked her if she had read it. “No,” she told me. “Seeing it now, I’m looking at a time in my life when I wasn’t proud of myself.”

The catalog reminds me of this privilege—a passion that was both ignited and nurtured during those years of study. ”

Another friend showed me standouts from the shelves that she shares with her husband. At first, her selections made me laugh because they were from a litany of former boyfriends: a book on Chinese eroticism from a much older professor/lover; another by an ex-boyfriend’s filmmaker brother whom my friend sought out in Paris. Then she pointed to a pair of identical books—one hardbound, one paperback: Claes Oldenburg’s Notes in Hand: Miniatures of My Notebook Pages. “When John moved in with me, we found that we had the same book,” she said. “We bonded over that, our similar taste in art.” As I thumbed through the paperback, she noticed my book envy and said, “Sorry, I can’t lend one. I don’t want to lose the two-ness of them.”

I love seeing my books together, old sitting alongside new. Some are mangled from being carried around and dog-eared, with Post-it notes peeking out. Others are pristine, waiting for me to get to know them. And there are the books whose meanings have changed for me or, more surprisingly, have remained the same. When I wonder about who I was before and who I am now, these crowded rows say, “Just look at me. I’ll tell you.” ca 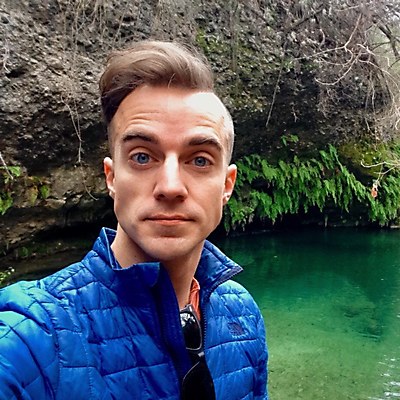 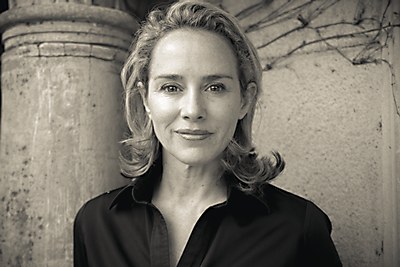