Let me share with you how awkward it would be for me as a Native American—Lakota and Dakota, to be exact—to design a brochure for a Korean yoga palace or a kosher hot dog joint. I am not Korean or Jewish. I do not know the Korean or Hebrew language. I do not know the traditional visual language of either culture. So why would someone even think of me as an appropriate designer for either project?

I am very fortunate to be culturally unique. But I have no business taking on projects centered around a culture I have no understanding of. And I’d assume others would think the same thing when attempting to use Native American symbolism in decorative material—but I’d be wrong.

Look at Urban Outfitters, for example. Urban Outfitters is already in hot water with Native American tribes who disagree with the use of Pendleton designs on the company’s undies and liquor flasks. Dakota Mace’s admirable work in her Woven Juxtaposition showcase at the University of Wisconsin–Madison in 2016 shows us why. The Navajo photographer roots the original tribal designs used in Urban Outfitters’ products to show evidence of appropriation. My favorite piece of the series, “De-Enrollment,” insists that sections of the Pendleton pattern used in the bear on Urban Outfitters’ California Republic T-shirt were appropriated from the New Mexican Navajo rug.

However, based on the California focus of the shirt, I would assume it’s meant to represent the Native Americans of the Golden State. But first, you cannot represent the tribes of California with New Mexican anything, and second, tribes along the West Coast traditionally do not wear headdresses. But I am not here to poke fun at Urban Outfitters—I am only curious about the people who developed the idea of appropriating tribal design for consumer profit. Did they think it was OK to use Native American symbolism in any way without the consent of tribal authority?

If I had the task of designing the T-shirt, I would do my research. I am from South Dakota; I am foreign to the tribal cultures of California. My first assignment, studying the traditional artifacts made by California tribes, defines the accurate vocabulary used to visually represent the culture. By swapping out the stereotypical icons with the traditional symbols, the bear’s graphics provide a more truthful representation of the California tribal culture. When you accurately communicate the visual language of Native American tribes, you are doing two things: giving identity and pride to a tribe and educating nontribal audiences on that identity.

To those guilty of cultural appropriation, I would say, “Research. Show greater respect for Native American cultures. You would not feel comfortable using Korean or Hebrew if you did not know these languages. If you do not know what you are communicating by using Native American symbols, don’t use them.” It seems like a no-brainer, but there are still situations where tribal visual languages are exploited by thoughtless designs. And sometimes by Native American designs.

Why is cultural appropriation such a sensitive issue?

Tribes have a shitty history with the United States—a history people do not like to talk about. Because the topic has been so suppressed, non-Native people have remained numb to the sensitivity of cultural appropriation. They do not like to be reminded of this dark history, so they forget. But forgetting means they do not understand the harm of their oppressive actions.

For Native Americans, the sensitivity to appropriation and stereotypes—or the lack thereof—is an education issue. For more than 100 years, our identities, who we are as tribal people, were erased through the assimilation tactic of boarding school. As media advanced in the 1950s, the main visuals that Natives saw relating to their culture were Hollywood’s stereotypical portrayals in Westerns, and reliance on those misrepresentations has led tribes to identify with the “Hollywood Indian” into the new millennium. Relieving ourselves of 100 years of historical trauma cannot happen overnight, but it can happen. This era of the Seventh Generation is focusing on rebuilding traditions and practicing sovereignty.

Aware of our historical dependency on stereotypes, I often ask tribal designers if they can make something look “Native American”—without stereotypes. They say they can, but it depends on their efforts to educate themselves on their own tribe’s visual language. But because Native American design is always considered craft, the push for education in Native American design is not enforced. Tribal designers are colonized to think of themselves as artists, and indigenous people never get recognized as inventors, communicators or problem solvers in the graphic design world. Our voice in the design culture is silent. I thank the Creator for design anthropologist Dori Tunstall, who serves as dean of the faculty of design at OCAD University (formerly, the Ontario College of Art & Design). Both decolonizing design and respecting other cultures in design are starting to gain recognition among design outlets. And Tunstall sees the urgency in specifically decolonizing Eurocentric design curricula and giving Native American students a greater education in design practice and theory.

This is the time for conversation about decolonization and respect in graphic design. We tribal designers are just now learning how to address issues that are culturally sensitive for us, like cultural appropriation, as it is still fresh to our nature to do so. Our main focus is making sure our indigenous audiences are represented accurately, appropriately and respectfully as we sustain an identity in the world. ca

Sadie Red Wing (sadieredwing.com) is a Lakota graphic designer and advocate from the Spirit Lake Nation of Fort Totten, North Dakota. She holds an MFA in graphic design from North Carolina State University and works as the Creating a Passion for Learning Coordinator for Native Student Programs at the University of Redlands in Redlands, California. 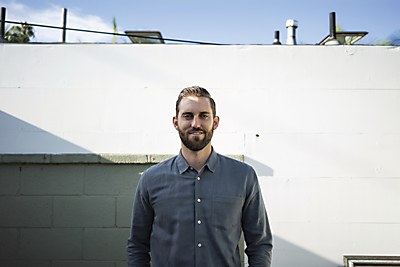 Columns / Insights
Five out of Five
Levi Brooks and his team at digitally savvy design studio Use All Five are resisting—one fax at a time. 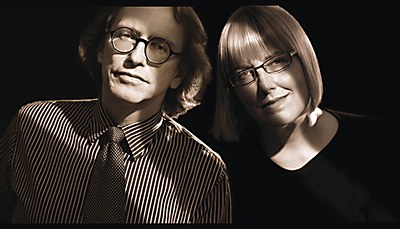