Designing a Magazine from the Baseline up

Elliot Jay Stocks shares why the indie publishing revolution is revving up.

By Elliot Jay Stocks
You work with digital typography at Adobe. What prompted your dive into print design? Somewhat ironically, it turned out that 8 Faces was the thing that got me the job at Typekit. I find it funny: a web designer, who works on the web for years, releases a print side project, which then gets him hired at a web-based service! It makes sense, though: 8 Faces was the thing that taught me how to work with type properly, how to typeset long text and how to treat type with a respect that I just didn’t have before.

What are some of the most important advances you see in web typography today? Web designers’ appreciation of decent typesetting is improving, and I think that’s because there’s so much you can do now with web type. We’re not at a print-like level of control just yet, but we’re not far off. A lot of the bleeding-edge progress has slowed down, and the technology has become more stable. There are still strange inconsistencies across browsers and platforms, but by and large, we have a relatively stable environment to set some truly great web type.

How has responsive web design challenged the principles of typography? Typography is at the heart of any decent website. When responsive web design came about, we saw a lot of people making their sites flex and bend, yet completely forget about how that affected line length. Suddenly you had all these ridiculously long lines that were impossible to read. Now, designers are starting to rein that in. My approach to web design—certainly for long-form reading—is to focus almost entirely on the measure [the length of a line of text] and to adjust whenever the measure becomes too long or too short. That might also mean changing the leading, the font size and, perhaps, even the weight. Creating an optimal reading experience online is a challenge that really gets me excited at the moment.

Your blog series Tomorrow’s Web Type Today has become very popular. What techniques and technologies must be addressed in the future? More and more people have access to great typefaces because Typekit is pioneering the idea of synced fonts, a great library of quality type you can draw from as part of your Creative Cloud subscription. Typekit is no longer just a web font service; it’s bringing type to the masses.

More stable OpenType feature support is still on the horizon, and online type justification is still in its infancy. The Knuth-Plass line- breaking algorithm—which is used by apps like InDesign—needs to be implemented natively in browsers.

Let’s up the ante on your 8 Faces question. What are your three favorite typefaces? I picked eight for the final issue of 8 Faces, and that was hard enough! Do I really get just three? If that’s the case, then I guess I’ll have to cheat a little and go with the entire Tabac superfamily—we use the Serif, Slab and Sans in our new magazine Lagom—designed by Tomáš Brousil; Quatro Slab, designed by Mark Caneso; and Skolar, designed by David Brezina.

I love how robust the entire Tabac family is: each style has so much personality, but remains completely pleasurable to read, not too full of character. Quatro is just so playful, with unusual forms—like the wonderful k—and Skolar is an incredibly reliable body face, especially for the web.

What called you to expose the lives and stories of typographers in 8 Faces? Type designers are the unsung heroes of the design world. Not only is designing type hard work, but also, you’ve got to be in it for the long haul. To create a serious text family with a variety of weights, a robust set of glyphs, with attention paid to details like spacing and lesser-used OpenType features, you’re spending two years of your life on it—at minimum. That kind of dedication deserves celebration, especially when people generally see fonts as something you can pirate or get for free. That said, type designers were only a portion of the people we interviewed in 8 Faces. I wanted to tell the stories of those working with type, too—the print designers, web designers and illustrators treating type and lettering with respect.

What did 8 Faces teach you about making type? I learned so much! Prior to 8 Faces, I hadn’t really done much in the way of print, and the first issue particularly was a tough education. Things improved with each issue, though, and I gradually made various small changes, like reducing the font size by half a point and increasing the tracking, little details like that. I was lucky enough to have typographer Erik Spiekermann looking over my work to pick up on all my mistakes. When Erik Spiekermann tells you to improve your rag, you do!

Why did 8 Faces come to an end? I’d always planned to limit the run to just eight issues, even though I never publicly admitted that until toward the end. I suppose it was never set in stone, but by the time we came to issue eight, it felt right to call it a day. At some point, 8 Faces might return, but I think it’d have to be in a very different format—after eight issues, that format had definitely run its course. Right now we’re working on a book that collects and redesigns all eight issues in one volume. Plus, we have our blog, which has something like 160,000 followers now. It’s insane.

What inspired you to launch yet another magazine, Lagom? 8 Faces made me realize just how much I loved making a magazine, but I was keen to do something new, not only in terms of design, but also in terms of content. I wanted to reach beyond the typography/design crowd to a broader audience. Lagom is still very designer-friendly, but it’s aimed at all sorts of creative types. There are a lot of lifestyle magazines out at the moment, but we felt like there was space for something a bit different.

Visually, I’d like to think that Lagom doesn’t really look too much like anything else out there. There’s a big design trend at the moment for giant photos and loads of whitespace. Lagom tries to steer away from that particular brand of über-minimalism. There’s a bit more going on, but it’s not cluttered. I think our cover exemplifies this quite well. We opted for two cover images, one placed above and one below the logo. They represent the theme of balance we’re going for, and having the logo in the middle of the page is an unusual placement.

At a time when established print publishers are just hanging on, isn’t launching magazines a risky business? It’s the big publishers who are struggling. The independent publishing revolution is thriving! I don’t think there have ever been so many indie mags as there are right now. The reason is, many independent magazines focus on quality—both in terms of production values and content—and eschew the more traditional publishing concepts, like having loads of advertising or being something that is transient. We, and a great many other independents, are creating artifacts that readers want to keep.

Do you have any suggestions for designers looking to publish their own magazines? It’s not as hard as you might think. It’s not as expensive as you might think, either. Get a good team of contributors together, get some partners so that you can afford to pay those contributors and talk online about what you’re doing in order to build an audience. Perhaps get a distributor if you want to sell it in real-world shops. Definitely get yourself a decent website from which to sell the magazine or at least give people information on where they can buy it. Remember, even the big mags started as indies once!

Before he became the creative director of Adobe Typekit, Elliot Jay Stocks worked as a web designer who spent his nights kerning and yearning to focus on typography. Ironically, designing an old-school print magazine on the side catapulted his career into its font-filled future. Stocks founded and published the eight-issue magazine 8 Faces, in which he asked typographers the desert-island question, “If you could only use eight typefaces for the rest of your life, what would they be?” His display of typographic passion and skill earned him attention from Adobe, where he now designs website user interfaces and shapes the branding of Typekit, Adobe’s forward-thinking subscription font service. Not satisfied to launch only one magazine, last fall Stocks debuted the more general-interest lifestyle publication Lagom, which features creatives making a living while 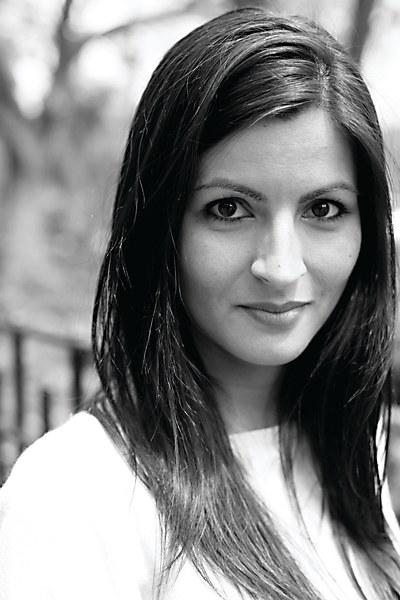 Columns / Design Culture
Outside Conversations
When it comes to artistic inspiration, Wendy Richmond takes the conversation outside. 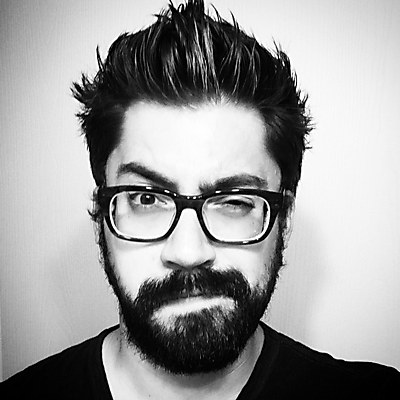