By MinaLima Design
How did you two meet and launch MinaLima Design? We met working together on the second Harry Potter film in 2002. Several years and films later, having found a true working synergy, we would fantasize about the graphic design studio we aspired to open together. Before we knew it, the idea took shape, and MinaLima Design was born in 2010 in the Fitzrovia district of London. We are based in London, where the film industry is currently thriving, and are part of a growing tribe of graphic designers who specialize in film props. We have even recently formed a graphics union in order to share knowledge, job opportunities and simply to give recognition to this essential part of film production.

We set up the MinaLima Design studio precisely to be able to engage in other projects in addition to our film work, keep our output vibrant, and remain challenged at all times by new types of commissions. Since we started the studio, we have designed ten books; street graphics for the Wizarding World of Harry Potter theme park in Orlando, Florida; album artwork; stationery brand packaging and stationery. Woop Studios, our own collection of illustrations, has probably been our favorite project as, selfishly, we got to be both the clients and the designers!

We have just finished designing props for the film version of J.K. Rowling’s Fantastic Beasts and Where to Find Them and are about to start illustrating our third book in a series of illustrated classic novels, Beauty and the Beast.

How are graphics used as storytelling devices in films? Every element of a film’s design has a responsibility to help tell its history up to and including the particular moment you are seeing on screen. The film’s architecture—its buildings and set design—will be the body and framework on which a final layer of details can be applied to enhance its personality and character. Graphics can act as this final layer to express the finer details of the film’s story or the characters who own the props. It communicates whatever information needs to be imparted immediately to the audience, be it something obvious like a newspaper displaying a loud headline or something more subtle, like how valuable or mysterious a film prop may be. Film graphics are as much about how the prop is finished—using aging or decoration—as they are about the prop’s fundamental design. We contribute to the fictitious environment created by everyone involved in making the film.


We are all constantly surrounded by inspiring stimuli—it’s just a matter of keeping our eyes open to capture it all.


What makes graphic design for films unique from its usage in other industries? The challenges of film design are very similar to those of design in other media such as advertising or editorial. There is a client: the director and producer. There is a story: the script, which is used to tell or invent the film’s narrative. Often, there is even branding: the world the story is set in. However, there are usually multiple stories and multiple brands to pack into one film, so we are working in a much more scattered way than might be the case on a more conventional graphic design commission. The unique benefits of being a film designer are largely thanks to the natural needs of a film production—we only have to make small quantities of a design for a film rather than mass productions, so we can really indulge in the choice of materials and finishes and have complete control over how a piece will be finished.

Tell us more about your research process. This is definitely the most interesting—and sometimes frustrating!—part of a project. We are quite open to what resources we turn to. We’re mostly inspired by our ever-growing library of books and also by visiting museums, archives and, very occasionally, the Internet! We don’t make a habit of following design trends, as this is not necessarily relevant to a film’s storytelling needs and can sometimes distract from having our own visual voice in original films. None the less, it is imperative on a personal level to keep an eye on what’s happening out there in the graphic design landscape.

If we are researching for a historical, factual project, then the research becomes a critical tool rather than a springboard for fantastical ideas. Designing the graphic props for historical drama The Imitation Game required in-person research on the original documentation from the World War II code-breaking site Bletchley Park and archival material from British pioneering computer scientist Alan Turing. For Fantastic Beasts, we delved into some extraordinary historical archives in New York to find original ephemera from the 1900s. It was a useful reminder that the English language of America can be quite different than that used in the United Kingdom. This is the sort of subtle but essential detail we pay attention to in order to strengthen the credibility of the graphics for a film.

Who do you collaborate with before you begin the actual process of design for a new film project? Our chain of command includes the production designer, the director and the producer. Once we have conceived an idea in response to the script, we require their approval to make the prop. For the Harry Potter films, we would occasionally need to reach out to author J.K. Rowling to help fill in any bits of backstory essential to creating these objects. For example, when designing the character Sirius Black’s family tree tapestry, we couldn’t possibly know exactly who was related to whom and how many members of the family should be represented! Rowling supplied us with the full genealogical picture straight away.

Is it important for graphic designers to have a formal education in filmmaking if they want to break into the film industry? A formal education in filmmaking is just one way into film, but we consider it essential to have a passion for typography, ephemera and patterns—both historical and contemporary. We’d always recommend building your own archive, be it through collecting found objects and ephemera, buying books, or simply scanning copies of fonts, textures and patterns that make you tick. Don’t wait for the project to dictate what you collect. Keep arming yourself with materials as you find them! We are all constantly surrounded by inspiring stimuli—it’s just a matter of keeping our eyes open to capture it all.

MinaLima Design was founded in 2009 by designers Miraphora Mina and Eduardo Lima, who met on the set of Harry Potter and the Chamber of Secrets and spent ten years working as graphic designers of every graphic prop in the Harry Potter film series. Currently in production on the feature film of J.K. Rowling’s Fantastic Beasts and Where to Find Them, MinaLima Design’s creative alliance with the wizarding world continues to flourish. Recent clients include Warner Bros., Universal Orlando, Chronicle Books and Lush. Its filmography includes The Imitation Game (2014), The Fault in Our Stars (2014) and Sweeney Todd: The Demon Barber of Fleet Street (2007), among many others.

Mina studied film design at London’s National Film & Television School after graduating from Central Saint Martins with a degree in theatre design. Lima graduated with a degree in visual communications in Rio de Janeiro, Brazil, and for several years edited major Brazilian feature films before moving to London in 2001.

Columns / Advertising
We Are All Martians
Boring, shmoring—Ernie Schenck proves why seemingly dry subjects are anything but. 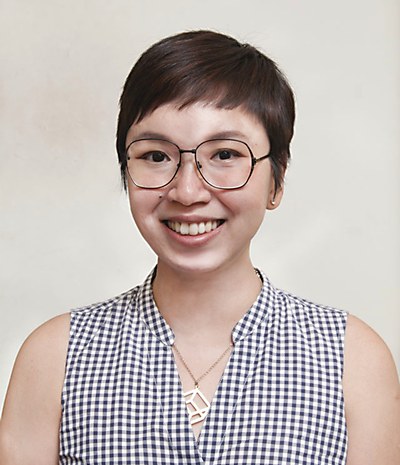 Columns / Insights
Improvising the Path to a Creative Career
Amy Ng, founder of illustration blog Pikaland, shares strategies to freelance on your own terms. 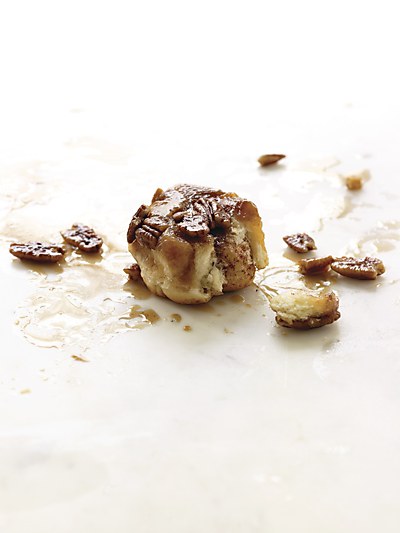