The more distinct a typeface, the less versatile it is. As typeface designs become more distinctive, their demeanor begins to encroach on their ability to perform well in a variety of applications. Generally, this is a good typographic rule, but—as with most things typographic—there are exceptions. A bevy of new typeface families has come forward to challenge this rule with aplomb. These new designs are equally at home in display headlines and long-form text, in footnote-sized copy and billboard messaging. They are large families that provide a wide range of applications, yet do not fade into the background. They can be used with equal confidence on screen and in print. Basically, they stand out—and fit in.

BETWEEN
“Between” may seem an odd name for a typeface—until you learn what it’s all about. There are three states to this new design from Akira Kobayashi. Although different from each other, they all have the same humanistic foundation, ensuring that any copy set in them is approachable and friendly. It’s this ability to transition “between” the designs that makes the family especially adaptable and flexible.

Kobayashi designed the Between typeface in response to the current use of rounded and humanist sans serif designs over the cool and steady grotesques of the last several decades (read: Helvetica, Univers, Gotham and Proxima Nova). Between has 48 styles, each comprising eight weights and complementary italics. “It started with the one in the middle,” explains Kobayashi. “Between 2 was based on the idea of the sans serif version of my Cosmiqua typeface. It strikes a balance, being crisp and highly legible on one hand and organic and friendly on the other. [For] Between 1, I melded industrial and humanistic sans serif design ethics. Between 3 is a freestyle sans with an uplifting, youthful character. It’s a lighthearted combination of handwriting and sans serif letterforms.”

Each variation of Between is subtle, but telling. All three share the same uppercase and lowercase x-height, along with many of the same letterforms. This is where the fluidity between the designs comes from. Print and interactive designers can choose characters from any of the Between typeface variations with confidence that they will blend harmoniously with the surrounding glyphs. Not all communication designers are proficient or comfortable working outside the basic family of a typeface, but learning how to use tools like the multiple designs of the Between family and the stylistic sets in OpenType is well worth it.

NEUE KABEL
The Neue Kabel family, from Marc Schütz, was inspired by the original charm of Rudolf Koch’s 1927 design, Kabel. Because Kabel was released as just one weight and grew to a family of nine designs over several years, various versions of the family are dissimilar in proportion and suffer from varying character traits. Nevertheless, Koch’s Kabel design clearly stands out from the crowd. The geometric characteristics of its Art Deco design were the result of an experiment of sorts—an odd experiment for Koch, however, who prided himself on his calligraphic ability. Although the specimen booklet that announced Kabel went to great lengths to explain the rational behind the design and to prove its geometric heritage, a little scrutiny reveals that this was more window dressing than design formula. Although geometric in form, Koch based his character proportions on artistic sensibilities—and perhaps a creative whim or two. Kabel’s character shapes and proportions can be traced to ancient Greek lapidary letters, Venetian old style type designs and—of course—calligraphy.

In the 1970s, International Typeface Corporation (ITC) drew the first revival of Koch’s Kabel, ITC Kabel. Essentially a 1970s display face with bell-bottom proportions and a pinch of Haight-Ashbury, it is a caricature of the first design. Distinctive, yes. But versatile? Not so much.

Schütz’s goal was to preserve Kabel’s demeanor while removing the inconsistent details of the early 20th-century design. He began with extensive study of proofs and specimens of Koch’s original typeface. Neue Kabel celebrates the style and spirit of Koch’s design while providing the versatility and family range needed for it to excel in a wide variety of print and digital environments. The result is that copy set in Neue Kabel appears much like Koch’s design, but is clearly a fresh interpretation of the master calligrapher’s work.

The family’s versatility comes from its breadth of designs. Neue Kabel’s eighteen roman and italic designs are available as OpenType fonts featuring small caps, eight sets of figures and many historical stylistic alternates—a wealth of designs and options to choose from.

Latinotype contributing designer Jorge Cisterna’s Queulat family is 25 fonts of Clarendon-inspired design, infused with a measure of geometric sans and a bit of upright script. “My goal was to develop a modern, friendly typeface,” says Cisterna. “Although the design process was based on these precepts, thanks to its multiple influences and large number of alternative characters, the design is quite distinctive.”

Geometric sans characteristics are apparent in characters like the lowercase a, e and g, Queulat’s italics have a delightful brush script quality, and its many alternate characters introduce a lighthearted vibe. Of the happy-go-lucky alternates, Cisterna says, “I thought it would be a good idea to add ludic elements to the typeface so it could be used for logotypes as well as short blocks of text copy, like pull quotes and captions.”

The family comprises regular and soft designs, each with complementary condensed counterparts and a multitude of alternate characters. Added to this is a special “unicase” design of uppercase and lowercase characters drawn to the same height.

Queulat means “faraway lands” in the language of the Mapuche people of south central Chile and west central Argentina. Cisterna, who lives and works in Chile, says, “I’ve always felt that Chile is so far away from the rest of the world, so I thought it would be a good name for the typeface.”

QUITADOR
Sometimes there are unexpected changes when type designers start modifying their work. Take Arne Freytag’s slab serif Quitador family. Released about three years ago, it was well received by the graphic and interactive design communities. Yet he felt that a sans serif counterpart would help broaden the reach of the initial design and give designers more typographic versatility. After several months of work, his Quitador Sans suite of typefaces joined the family.

Freytag was successful in drawing a sans serif complement to the existing Quitador design, and he also accomplished something else. He created a typeface with a completely different demeanor. Where Quitador has the resolve and stature typical of slab serif typefaces, Quitador Sans is lithe and airy. The unifying, flattened strokes and square shoulders combined with a generous x-height and open apertures give both designs a leg up on screen imaging. They take maximum advantage of available pixel real estate with little loss of character fidelity.

The broad strokes of Quitador’s lowercase, which curve into serifs, become delightful cursive attributes in Quitador Sans. In addition, uppercase and lowercase counters in the Sans are more open, creating an affable and inviting mien. These changes make Quitador Sans somewhat more legible than its slab serif sibling, creating a more versatile design—especially on screen.

A strict classification of Quitador is difficult. Freytag pursued his own interpretation of a square serif typeface, creating a design that is somewhere between geometric and humanistic. Then, from this foundation, he drew a sans serif counterpart that shares many traits of the serifed design, but that is also—in many ways—quite different. Is the Quitador family distinctive? For sure. And versatile? Roger that.

Fonts of the above typefaces are full of character, not just full of characters. With memorable letterforms, thoughtful attention to issues of legibility, alternative character options, family range and language support, these are designs of distinction—and versatility. ca 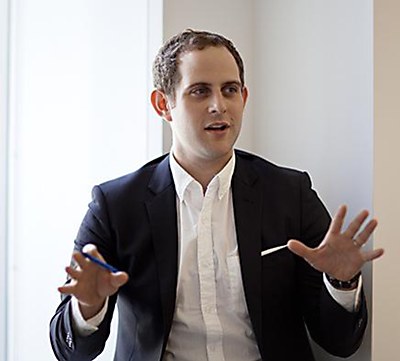 Columns / Insights
Design for All Ages
Sam Becker talks about the resurgence of retro design and how branding has changed in the age of Twitter. 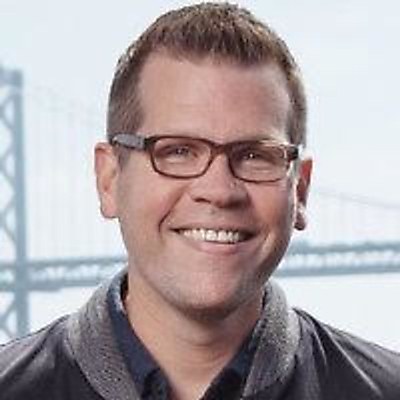 Columns / Insights
Keep Your Eye on the Idea
Creative director and copywriter Eric Kallman on how the advertising industry can overcome its self-inflicted challenges.