Digitizing Beyond the Screen

By Josh Goldblum
How did you get started in interactive/digital design? I blew out my knee skiing! I had to be sedentary that summer, so I taught myself Macromedia Director when I was offered a project using the program and jumped from Director to Flash—this was during the early days of Flash. Then I joined the Smithsonian American Art Museum as a new media specialist, where I met my partner Troy Lachance, who is now the executive creative director at Bluecadet. There wasn’t much definition around technical roles yet, so both of us designed and programmed for the Web and in Flash while I also worked on a mobile application for PalmPilot. I learned programming from project to project. I even had to teach myself some basics of design, as I had a visual arts background in illustration, having received a BFA from the School of the Museum of Fine Arts, Boston.

What do you and your colleagues create at Bluecadet? We help the experts, like museum curators, reinterpret the most interesting content they have to audiences with digital devices. Our projects tell stories, but they also remix other people’s stories.

Take Van Gogh. Everyone knows Van Gogh’s story—he was mentally unstable, he never sold any paintings—but that’s the simplified version. Once we started talking to the Art Institute of Chicago’s curators about its Van Gogh’s Bedrooms exhibition and reading the artist’s letters and writing, we discovered richness and depth—the non-edited story. The exhibition featured the three distinct paintings that Van Gogh created of his bedroom in Arles, France, from 1888 to 1889, and we worked with the museum to identify places where digital could tell his story beyond traditional means, like a video or wall labels. The media didn’t distract; it enhanced the overall visitor experience.

Since the curators had amazing letters from Van Gogh that practically spoke in his voice, we animated quotes from these letters and journals and projected them onto a lifesize recreation of his Arles, France, bedroom. When visitors read that Van Gogh wrote, “The solidity of the furniture should also now express unshakeable repose,” they got a truer sense of his humanity behind the paintings.

The museum conservators had also examined Van Gogh’s paintings through X-rays and lights, so through a touch-screen interface, visitors could compare the three bedroom paintings by pinching or zooming in on the screen. Instead of blasting people with information, the touch screen empowered visitors with the tools to discover what made these paintings cool. When people discover for themselves, they process much more information.

What is the role of the screen?

How do you create emotional responses that fit what your client is looking for? Many museums have robust evaluation teams that look at not just the analytics—like the number of people going to the show—but also how people respond to the work—whether they’re smiling, if they’re in groups, what conversations about the exhibition look like.

Bluecadet always works with clients post launch to make sure the work does what it should do. We also prototype and test early to make sure that the elements we build in the studio hold up to our assumptions.

We recently made a series of digital orientation kiosks for the Field Museum of Natural History in Chicago. When visitors would interact with the kiosk experience, they could quickly find an awesome exhibit to see. But we found that it was very tricky to get people to engage with the kiosks for the first time. We hadn’t focused on that too much when we were initially testing as we were focusing only on the experience, so we went back and refined encouragement of the initial engagement. If someone doesn’t want to engage with the experience, it doesn’t matter how good the experience is.

What excites you about interactive/digital design right now? The broadening vocabulary of interactive design, especially in physical spaces. A lot of smart spaces are now incredibly interactive without using a screen. They respond to your presence transparently by using sensors, Kinects and camera systems.

I love Sleep No More by the British theater company Punchdrunk. You explore a multistory warehouse in the Chelsea neighborhood of New York City while all these actors stage Macbeth around you. There’s a ton of experience design and digital technology—sensors, lights and sounds move the visitor along—but nothing feels screen based, so you can get lost in the experience. That’s when technology becomes magical.

What is the role of the screen? What is the depth of interaction that’s appropriate for the screen? We’re still trying to figure this out. We don’t want to put information on screens as a default or rehash the same old responsive templates, a tried-and-true solution that can be applied to all the things. Screens are very pragmatic and good at delivering a lot of content, but they’re not the only way. They’re certainly not the best way.

What emerging technologies will have an immediate impact in how you design in the next few years? VR, obviously! How will VR impact collaboration between designers? I see VR becoming an incredible tool for content creation—visualizing, constructing and prototyping within a 3-D space.

Cultural institutions will absolutely utilize VR in the future, like re-creating the cockpit of a plane for visitors who want to experience what it feels like to travel at the speed of sound. Also, museums could mitigate risk by occupying spaces and testing the visitor experience in VR before they pay to construct exhibitions.

What are your thoughts on today’s web design? I’m less interested in web design when it’s just pretty or seems like a reiteration of other work. I used to geek out over fine-tuned front-end design, but now I’m just as interested in the structural component of content delivery. These days, it’s not good enough to create a singular website experience. You have to think about how your content exists across all the different spaces; your website is one great part of facilitating a larger conversation through content. For example, BuzzFeed—which owns many different conversations—charts the impact of some of its conversations across different social media platforms.

Even the choreography between physical and digital spaces is important. There was a point when everyone was really excited about creating online communities, like Second Life. But I’m more wary about virtual communities now. A city can use spaces like museums, visitor’s centers and retail locations to create a sense of community. I’m not trying to promote physical spaces over digital spaces, but I’m interested in what makes a great city—particularly because I live in an evolving city like Philadelphia. Physical spaces are incredibly important. We should refine the choreography of users moving though mobile, the Web and physical spaces.

Do you have any advice for people who are just entering the field of interaction design? Research a lot. Who’s doing the best work? Who’s following whom on social media? Who’s speaking at the cool conferences? What kind of work are they talking about? Make sure you’re in the right conversations and thinking in the most current way.

Cultivate the fullest frame of reference. Look at what’s happening in architecture, experience design and on the Web. Keep your set of influences outside of the design industry. Read novels. Go to shows. Be interested in many things, because not having a narrow niche will help to evolve your craft.

Develop a skill. Become really good at something. I’d rather see a handful of portfolio projects that are really well thought through than a giant list of half-baked notions.

As Bluecadet’s founding principal and creative director, Josh Goldblum has created websites, mobile apps, interactive installations and immersive environments for such organizations as the Museum of Modern Art, the Smithsonian Institution, Doctors Without Borders, the National Geographic Society and more than 20 prestigious institutions in Philadelphia. An expert in digital strategy and technology, Goldblum has been featured by NPR’s Morning Edition, CNN, The New Yorker and many more. His projects have been honored with an Emmy Award and several Webby, Webvisionary, ADDY, SXSW and American Alliance of Museums MUSE Awards. 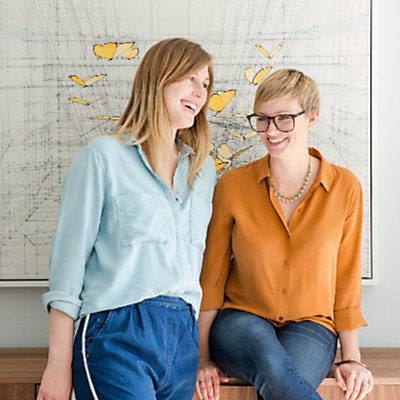 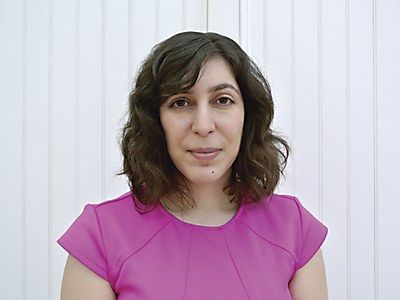