What did you learn while studying at the School of Visual Arts (SVA)? I tried to soak up every word said by smart, opinionated instructors like designers Paula Scher, Richard Wilde and Carin Goldberg. Paula and Carin pushed us to improve our typography skills, and Richard’s class was all about stretching our brains to think big. I learned a great word—schmegegge, which is Yiddish for baloney or nonsense—and knew not to be one by vigilantly working towards the best ideas and typography.

SVA was so different way back in the early to mid-80s. We were in our final year when the first Apple computers arrived—and mostly decided not to take the one class with computers because we thought we’d never be working on computers after we graduated!

How did your first job as a professional designer at Vintage Books challenge you? I didn’t have great production skills and struggled to do good paste-ups. I also felt like the geekiest person because, at the time, I was living with my family in the Bronx. But I learned a lot while at Vintage, such as how to create clean mechanicals, and I actually grew to enjoy the zen of letterspacing. More importantly, I learned how to manage a book list, work with outside designers and illustrators, and set type properly.

I also met designer Louise Fili, who was the art director of Pantheon Books at the time and her assistant, David Tran. We were at the office late one night while David was inking some type for Louise, and I knew I’d never be that precise. I envied his mechanical skills and ability to draw clean boxes and lines. Thankfully, as the advent of the computer changed everything, I survived with my stubby fingers!

When I was on my second Britney Spears cover, I knew I was done.

I loved working for deputy managing editor Lynn Staley at the Globe and spent two years glued to her hip. She quickly gave me more and more responsibility, which I greatly appreciated, and I also got to work with other classmates from SVA, including designers Richard Baker and Rena Sokolow. The three of us worked late into the night because we loved what we were doing and were completely dedicated to becoming good graphic designers.

I left the Globe to work with art director Fred Woodward at Rolling Stone, not knowing that job would become a life-changing experience. Fred was like a brilliant big brother to me over the fourteen-plus years we worked together and still to this day. He was generous, and like Lynn, encouraged my growth as a designer. Both publications also came out frequently, which was particularly good for me as a budding designer since I had to produce quickly and constantly.

How was your transition from Rolling Stone to the arts and entertainment ad agency SpotCo? The transition from the familiarity of the magazine cycle at Rolling Stone to the surprisingly more chaotic schedule at SpotCo really threw me. Magazines have their rituals, and after close to fifteen years in the same job, I had my routine down. But I was also getting stale in the last year or so at Rolling Stone. It had been over fourteen years, and I’d gone from age 25 to almost 40. When I was on my second Britney Spears cover, I knew I was done. A new art director was also coming in, so it was the right time to come up with a Plan B.

SpotCo was the kick in the ass I needed. It took a while to get used to working with clients instead of editors, and I had to learn to defend the work my department did in a way that was never necessary at Rolling Stone. I knew the cast of characters I was dealing with at Rolling Stone, but it was more of a free-for-all at SpotCo, with many different producers and occasionally even stars weighing in with opinions. It was an energizing change as I grew into the role of creative director of design there.

What are the differences in designing for theater productions at SpotCo versus for a print publication? Designing for theater requires months of behind-the-scenes design work—listening to producers’ needs, trying to nail the right feel for a particular show and creating comp after comp to get it just right. And after all that work, the show sometimes closes in a matter of weeks after opening night. The Rolling Stone work had a shelf life of only two weeks, but we’d also only spend five days designing, so it was easier to see it disappear from the newsstand. It was often painful to watch a show close at SpotCo.

Some of my favorite theater pieces are almost completely unfamiliar to the public because the shows tanked so quickly, and a few that were not favorites lived on for years because the shows were successful. I am particularly fond of an early SpotCo poster I worked on for Man of La Mancha because the entire art was the logo itself, and the joy of seeing it in print made me certain that I’d done the right thing in accepting the job.

Were you inspired while researching for your new book on hand-drawn packaging, Outside the Box? I was particularly enamored of the packaging for Nuts.com that designer Michael Bierut created with illustrator Christoph Niemann. The end result was light years ahead of the original design and actually spurred huge sales. I love that the work we produce as designers can make that kind of impact. There was also a designer in Sweden named Martin Schmetzer who does the tightest pencil sketches I’ve ever seen.

Why do you think hand-drawn packaging is enjoying a global resurgence? People relish the warm and intimate vibe that you get from hand-drawn type. I mean, I first visited Chipotle because of their wordy, Sharpie-drawn walls, cups and bags. Hand-drawn packaging makes large companies feel more personal and small companies more hand-crafted. The letterers, illustrators and designers I interviewed for Outside the Box thought of hand-drawn packaging as less of a trend and more of a movement.

As a judge for the live design competition Command X at this year’s upcoming AIGA conference, what advice would you give to the contestants? Breathe. I know that sounds crunchy, but doing fifteen-minute meditations really help. If the brave kids on stage can take some deep breaths while they’re up there sweating, they’ll be fine. Everyone is rooting for them.

The breathing exercise applies in stressful workplace situations as well. Take a quick walk around the block or even a bathroom break if you can. Step away from the situation, if only for five minutes, and don’t forget to breathe.

How can designers adapt their typography skills to our highly digital and interactive environment? Fortunately, it’s possible to draw great type on a tablet in a pretty natural way these days, and of course, it’s easy to scan and vectorize type, too. So designers who love hand-drawn type should still be drawing.

But designers also need to embrace technology. I taught an MFA type class at SVA and assigned the students a “type video” they had to design in Adobe After Effects. They had support, but it was really about getting them to rely on themselves and each other to create the final piece in five weeks. You just have to dive in.

As the director of design and digital media at the School of Visual Arts Press, I’m about to surround myself with people who know more about digital media than I ever will. They create and manage websites, make things responsive, and use words like CMS (content management system). Time to build my vocabulary again—it’s a long way from my schmegegge days. I’m scared, but fear can often be a great motivator. It’s time to jump in.

Gail Anderson is a New York–based designer, writer and educator. She is the director of design and digital media at the School of Visual Arts Press and a partner at Anderson Newton Design. From 2002 through 2010, Anderson served as creative director of design at entertainment advertising agency SpotCo. From 1987 to early 2002, she worked at Rolling Stone magazine, serving as associate, deputy and—finally—senior art director. Anderson is the author of Outside the Box and co-authored ten books with writer Steven Heller. She teaches at the School of Visual Arts and serves on the Citizens’ Stamp Advisory Committee for the USPS and the board of the Type Directors Club. She is the recipient of the 2008 Lifetime Achievement Medal from the AIGA. 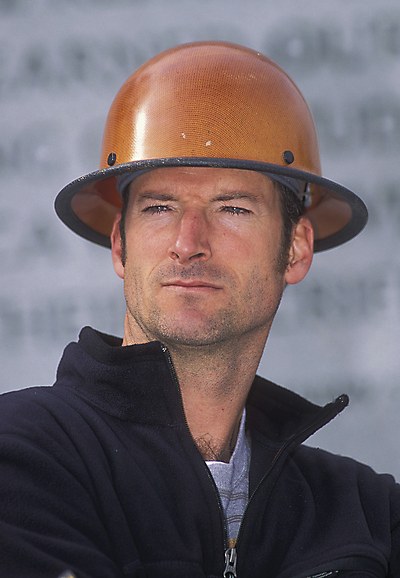 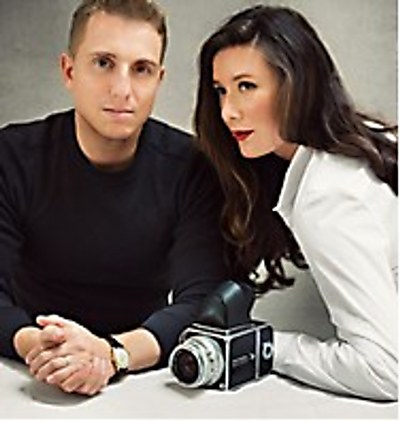