How did you discover your interest in user experience (UX) design? My number one trait is that I’m curious. It has caused hell for my parents, who are farmers from the countryside of Haiti. Growing up in Boston, I asked questions about why Haitians didn’t operate like Americans and why Americans didn’t operate like Haitians. I thought that both countries had some great things, but no one was considering them. For example, when I would show people my former home in Haiti, they would call it a hut. But when I told them about the beach that my home was next to, they would start calling it a beach cabana. I learned that context changes perspective.

Later on, I discovered that there was a lot of context not being taken into consideration within the design process. While I enjoyed developing products as a human-factors engineer, I realized that I wanted to incorporate the voices of people who are different from me in the products I was working on, and that’s how my interest in UX began. To me, UX is a platform to take stories from the people who are leveraging our products and translate them into a language that engineers, who are building these products from positions of privilege, can understand. This way, we are actually meeting the needs of our users.

Who have been your most influential mentors? My inspiration comes from women in early tech. In the ’70s and ’80s, when computer science first started, it was considered secretarial work. So, 50 percent of people in the field were women. When I was taken under wing at the MIT Media Lab when I was twelve years old, I met older women there who were technologists. It was exciting to see women who worked in tech positions and did math in my early years.

But more specifically, my first grade teacher Mrs. Woods inspired me to be the most curious version of myself and told me there was no such thing as a dumb question. I believed it with all my heart and was always asking questions, which is how I got into human-factors engineering. I have also appreciated allies like Mitchel Resnick, the Lego Papert professor of Learning Research at the MIT Media Lab, who created programs to teach Black and Brown individuals tech skills in the hopes that it would encourage them to go to college. He not only made a difference as a renowned professor, but he pushed to bring people of color to the forefront of computer science. My mother was also an influential figure. She taught me that I could do anything—it’s whether I wanted to or not. It was important not to leverage other people’s thoughts about me when deciding who I wanted to be.

What led you to develop your social enterprise research institute Douyon Signature Labs? Douyon Signature is a play on my name, and it’s also a term that’s used in my village in Haiti every time I come through. People will say things like, “Why do I recognize you?” And I’m like, “Well, I’m a Douyon.” They say, “I should’ve known because of the Douyon signature.” The Douyon signature is my eyes, these large things that can see the world. I named my company Douyon Signature as an ode to my family and their vision to see the world differently. I wanted to create a space where I could have conversations with people who want to deliver important products but feel like they’re insignificant in their own worlds.

Douyon Signature is about helping individuals who want to create integrity and be able to do that in their companies. It helps them figure out if there’s a way to make a social impact, provide scale and break systems. I’m hired by individuals who want to break out of their own spaces to make a difference in their work, as well as companies that are saying, “We don’t know or understand what’s going on with this George Floyd thing, but we’re sure there’s implications of this in our work. Can you talk to our product team about what we can do to make sure we are being more inclusive in our work?” I want to encourage people to leverage the privilege they have, and the worlds they’re in, to make a difference. They’re important conversations, especially at large enterprises that have the ability to change the world for real.

What advice would you give to designers who are trying to broaden their mindsets and create more-inclusive work? Be the most curious version of yourself. Don’t lean on your assumptions. Figure out how to put a question mark at the end of your assumptions. It’s not about creating work that is so cool that everybody else will recognize it. It’s about creating something that other people are going to find useful. I encourage designers to speak up when something isn’t quite working. And those are hard choices, but these are the choices we can learn from. So, if designers can think about these soft skills, these beautiful skills that will encourage us to be the most curious versions of ourselves and also make the hard choice of speaking up on behalf of other people, we can start to be more inclusive in our thinking.

Also, intentionally create solutions that account for your implicit and personal biases and explicit biases. We also need to stop denying that there are things we don’t know. Let’s say “Hey, I’m in a position where I can make an impact. Let me not be shy about it. Not everybody gets the opportunity to work in this position. Let me be able to make the hard choice to tell somebody that we should slow down the launch, just so we can get a few more voices in.” As uncomfortable as this is, sometimes that’s what we need to do to make a difference in the world. As a person who is always uncomfortable, because I’m the only one who looks like me in every place I go in, I promise you, it’s OK to step into your discomfort.

Be the most curious version of yourself.”

How have your experiences at companies such as Uber and Google informed how you approach UX consulting? I have a very corporate mindset. When you’re working in a company, there are problems you can solve immediately, which I call quick wins, and there are problems you can solve that directly apply to the system, which I call strategic wins. I make sure that I’m not solving just one problem, but that I’m helping to create a solution that can solve for other problems.

I aim to understand what’s important and what’s difficult for a company, so I look at how underlying issues might be interfering with workers’ effectiveness, their ability to do frequent tasks and the efficiency of the product. Working with so many different corporations and systems, I need to quickly pinpoint what I’m trying to solve and what will help me build credibility. This is important because the truth of the matter is that I still have to build credibility as a Black woman since I’m managing team unconscious bias and company unconscious bias. Once I get that credibility, I work on strategic wins.

What are the challenges of working as a UX consultant? Sometimes people don’t know how decisions are made within organizations, and, as a result of that, they have lofty goals that don’t get anywhere because they aren’t sure who they should speak to. So, it’s important that we are helping them build those relationships with each other. As a consultant, I also work with many teams in India, Mexico, Brazil and all over the world, so another challenge is making sure that these global teams have common ground and equal footing at my clients’ headquarters. I want to make sure they are heard and that they are an important voice in the process, not people on the outskirts just saying things.

Sometimes clients don’t understand the value of UX consultants and think we’re just a holdup in the process. So, another challenge is expressing to people in the company that working with us does give you a return on your investment. It’s not about slowing you down. It’s really about making your product more robust. In order to help our clients, we also create guidelines to improve other sections of the company. It’s important that we show how credible we are. That’s the unfortunate part about UX. Sometimes we have to fight for our credibility.

What’s one thing you wish you knew when you first started your career? Job titles aren’t everything. People can think that they’re not doing well if they don’t have an appropriate job title, or they feel like they’re not good enough if their titles don’t reflect their output. For me, I used to get so frustrated if I didn’t meet people’s expectations or if I wasn’t growing at a certain speed or if I didn’t have a senior in front of my title. I got so caught up in the words that I forgot that my work was the only thing that mattered. I get it. With these titles, you sometimes get more money. But I’ve learned that people don’t care about my titles. They only care about the impact that I’ve made. Now, it’s more important to me that my vocalness is shown in my work, and that, no matter what my title is, I can connect with anyone at any level and make an impact at any level.

Nancy Douyon has spent more than fifteen years leading as a Black woman at IBM, Intel and Uber, working on human experience product design. She spearheaded global design for Google’s telecommunications service, where she was the recipient of the Platinum Award, which recognizes Googlers whose contributions have strategic and long-term impacts at the global business organization level. She currently runs her consultancy Douyon Signature Labs, which gives leaders the tools, insights and information to drive global business and culture with an initiative that makes them thrive. Douyon studied human-factors engineering and human-computer interaction at the University of Michigan in Ann Arbor, and currently resides in the San Francisco Bay Area. 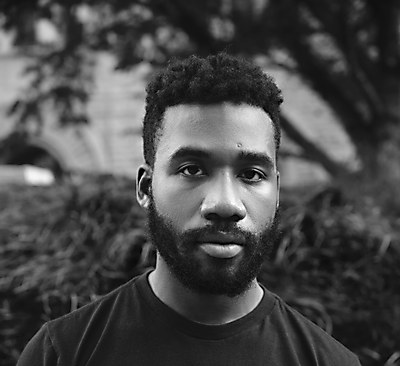