Feeling the Edges of History

Simran Thadani excavates the rich lessons to be found in history’s texts.

By Simran Thadani
You are the executive director of Letterform Archive, a San Francisco–based nonprofit library and museum focusing on graphic design and typography. What’s your background? I studied English literature in college and grad school, but I’m really a book historian: I study how texts—books, manuscripts, documents, letters and even prints and pictures—were made, reproduced, sold, used, discarded and adapted over time.

Rather than simply thinking about the contents of a text, I think about its material context: type or writing, ink, paper, binding, transportation, copyright, marginal notes—all the codes and clues that distinguish a given manifestation of a text. So not just Hamlet, but the version of the play that is closest to what was performed on its opening night in the early 1600s; not just The Waste Land, but Ezra Pound’s scribbled comments on T.S. Eliot’s draft; not just the Bible, but the pocket-size handmade Bible that an unnamed monk carried around with him in fourteenth-century France. It’s an approach, like detective work, which involves learning to see objects differently and mining them for clues.

My training in this field came through hands-on contact. There’s no better way to understand the technology of a book—how it communicates through its physical makeup—than by handling a lot of books!

We also have in-depth holdings of works by individual practitioners including Irma Boom, W.A. Dwiggins, Rudolf Koch, F.H. Ernst Schneidler, Ladislav Sutnar, Jan Tschichold and Piet Zwart. There’s a little bit of a lot of things, and the breadth of the collection is also a strength in itself; you can study the history and development of graphic design over the centuries by looking at originals of all kinds!

Tell us about your top three favorite pieces in the Archive’s collection. Islam Aly’s The Square, Al Midon (2014): Made by hand in an edition of just 40 copies, this beautiful almost-cubic volume is an evocative, startling, beautiful reaction to the Tahrir Square protests during the so-called Arab Spring of 2011. The book is bound without any glue, using a traditional Egyptian style of binding known as Coptic binding. The laser-cut edges of the book depict maps of Cairo, while the Kufic text on the inside—also laser-cut—jumps out from each page almost in 3-D, the phrases multiplying as if like a battle cry, building in volume and intensity: “The people want to bring down the regime,” it asserts all the way through—until the very end when it switches to “The people have brought down the regime.” It’s a very powerful object, and also a perfect teaching tool to introduce students and designers to the concept of an “artist’s book,” in which the bookmaker combines physical form and textual content to put out a doubly powerful message.

A Flemish manuscript book of hours (1480s): A book of hours is a personal—and often personalized—prayer book which advises its reader of the right prayers to say at the right times, or “hours.” Made entirely by hand about 25 years after the development of printing in Mainz, Germany, by Johannes Gutenberg, this is a bespoke object from the early age of mass textual reproduction. Sadly, it’s been damaged by water at its top and outer edges, but I still love to show it because it so exactly represents just how widely we collect—and why! While we love beautiful objects, we’re not exclusively after perfect copies or even famous artists. This humble, anonymous, damaged book is still a beautiful, inspirational object—and also a supereducational tool. We use it to show how medieval books were designed—margins, ruling lines, hierarchy, decoration and so on—as well as to explain how scribes’ broad-nibbed calligraphy pens worked. Also, it was made on animal skin rather than paper, which is always a cool thing to tell a group—you always get one squeamish person who is icked out and doesn’t want to touch it, but curiosity usually wins out!

A single-sheet type specimen by type founder and chocolate maker Joseph Fry (1785): This broadside (poster), printed on both sides, shows off all the different sizes and weights of type available at Fry’s shop in London. At the time, there was no standardized point system—in London or anywhere—so the typefaces have quaint names like Four-Line Pica, Primer, Gros Canon or Nonpareil (pronounced “nomprel”). Each one was optically sized, ensuring legibility at that specific size. The available fonts go all the way down to teeny-tiny three- or four-point equivalents, known as Diamond and Pearl, and there’s also a host of Greek, Arabic and Hebrew characters. Best of all are the ornaments and different metal cuts of ships—easy one-piece illustrations! Such a piece of advertising as a single-sheet type specimen is pretty rare, I imagine, because they would have been so vulnerable to loss or damage. It’s very cool to be able to take an up-close look at an English type specimen that’s over 200 years old!

To look at books is to study the evolution of a very old idea—the written transmission of information—over centuries.

You recently spoke about the bewitching nature of printing in your CreativeMornings talk, “The Magic of Books.” What can today’s creatives learn from books? Understanding the sweep of history, of continuity and change. For all the talk—in the 15th century—that the printing press was the work of the devil and—in the 21st century—that the paper book is dead, even the most game-changing revolutions are slow. Consider that writing systems date back thousands of years; that bound books have looked the way we expect them to look for close to two millennia; that Western printing is just over five hundred years old; that the Linotype machine was invented only in the nineteenth century; that photo and digital typesetting are merely several decades old; and that the e-book is in, what, its thirties?! To look at books is to study the evolution of a very old idea—the written transmission of information—over centuries.

Leafing through a physical book also gives you access to the totality of an author’s or designer’s thinking on a subject. While you might find a few iconic pictures of Paul Rand’s NeXT branding brochure or Piet Zwart’s catalog for Dutch cable company NKF (Nederlandse Kabelfabriek) on Google Images, at Letterform Archive or another library, you can flip through every single spread, and compare, contrast and comprehend it all in context.

And most importantly, if design is about solving problems, then studying books up close gives us a tremendous amount of insight into a particular kind of problem-solving. My mentor Michael F. Suarez, director of Rare Book School at the University of Virginia, likes to say that “books are alive with the decisions of their makers.” He’s right: Books look and behave the way they do through a combination of judgments and constraints. Studying them illustrates the many tradeoffs in bookmaking: discipline versus experimentation, economy versus indulgence, simplicity versus complexity, mass appeal versus specialization. Cost, speed, weight, size, quality—ideas have a real, physical dimension!

How do you think archivists and design historians will come to view today’s digital design work? Looking ahead from now to the future, archivists and historians are struggling with how to preserve digital materials for the future at all. The pace of change in our digital era is faster than ever! Websites come and go; the majority of new typefaces—if they even rise to mass visibility—fall out of favor; software and file formats become obsolete—remember BMPs?—and artists’ process work is superhard to preserve when it’s all “born digital.” There’s very little that’s easy to store permanently. Also, copyright and intellectual property concerns mean that some artifacts need to be embargoed. Finally, there’s just vast quantities of it: Where can it all reasonably live? These aren’t easy questions to grapple with. Some people and institutions are taking to just printing stuff out to save it—but then you lose the original form! As creative technology speeds along into the future, we’ll have to come up with creative solutions for caretaking alongside that.

Looking back from the future to now, we’ll be recognized as having lived in a moment during which technology was radically enabling. Just as Gutenberg’s printing press allowed for an explosive proliferation of the written word, democratized software and Internet access are making this long moment a crucible for creativity. In ten years, it’s become possible to design and print in 3-D; store oodles of data without hardware on hand; meet and collaborate virtually; and look at work on screens with resolutions more powerful than what the naked eye can detect. This is hugely liberating for creatives, who can now be constrained in what they’re focusing on rather than in what they can see and do.

Simran Thadani, executive director of San Francisco–based nonprofit library and museum Letterform Archive, is a graduate of Wellesley College and the University of Pennsylvania. She has worked extensively with special collections—rare books, manuscripts, fine press and the book arts—through projects and fellowships at institutions including Arion Press, the Boston Public Library, the Folger Shakespeare Library, the Morgan Library & Museum, and the Newberry Library. She has also served on the summer staff at Rare Book School at the University of Virginia. Thadani is trained in calligraphy and paleography (the study of old scripts). Headshot by Christopher Stark Photography. 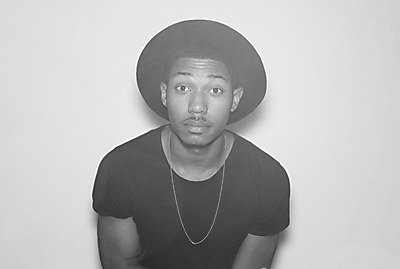 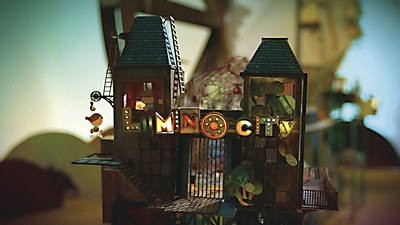 Columns / Creativity
The Illustrative World of Video Games
Rachel Cassandra explores the illustrated side of the indie video game industry. 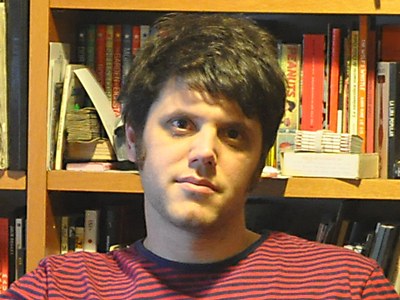