How did you discover your interest in design and get started in the field? I was born an artist with drumsticks in one hand and a pencil in the other. I went to an HBCU called Clark Atlanta University in Atlanta, Georgia, with a small art department. After graduating, I mostly made my way on the job. I initially wanted to be a music video director until I discovered that graphic design better aligned with my interests. So, I moved to New York City and began working in advertising—which became my version of grad school.

How did you get started working at creative production agency Hook, and what do you do in your capacity as executive design director? I was recruited while working in New York and took a leap of faith to move my family across the country to Los Angeles. When I arrived, I gained familiarity with the agency’s brands, clients, projects and team. Since then, as executive design director, I’ve focused on shifting to remote-first work, cultivating a design culture, recruiting to fill gaps on our team, promoting Hook as a brand, and developing internal initiatives focused on skill growth and creative expression, all while working with our local communities.

Building a design culture is a big effort, and everyone plays an important role. At Hook, we are looking to re-create those moments from when we worked in the same space but for this new era. Design is not just a day job but a community of people with overlapping interests and varying skills. Early on, we learned the importance of establishing a culture of learning and teaching because it builds morale, creates a sense of belonging and keeps the team engaged. This effort has included skill-share workshops, tutorials, interviews between team members and artist-spotlight presentations, to name a few of its facets.

What have been some of your favorite projects you’ve worked on at Hook? In Case You Haven’t Noticed, an animated short film and accompanying website that urgently reminds us of the climate crisis. On January 25, 2019, at the World Economic Forum, a speech from then-sixteen-year-old climate activist Greta Thunberg sparked a global movement to address climate change. We were moved by her words and decided to amplify them by pairing the speech with moving images. We designed and developed a website to learn more about how the climate crisis is already affecting us and the organizations you can support.

Alena is a mental health app that combines neuroscience and psychology to understand better how your mind works and then develops a plan to help you feel better. Its innovative approach to therapy required a unique visual identity, so we helped define their vision and find their voice, ultimately creating a vibrant brand system that reflects Alena’s expressive personality. The logo, which formed the foundation of our visual identity, invokes a cell that shifts and changes, illustrating how emotions scientifically impact our brains.

Sandbox is a program that exposes young people from underrepresented communities to creative professions through mentorship and hands-on experience. We developed the mentorship program during the early stages of the pandemic. Since then, we’ve refined our approach, crafting a curriculum alongside our school faculty partners. Given this growth, we realized the program deserved a presence, a name, and a visual and verbal identity, so we created Sandbox. Through this effort, our internal team exhibited tremendous growth and leadership in their own right.

“…And Now We Have To Begin.” In 2020 and 2021, with the streets on fire and people demanding real societal changes, we were searching for context. We found solace and affirmation in the words of freedom fighters who came before us—those who have seen the worst of America yet continue to push for the best. One particular voice hit home: in a Vanity Fair interview moderated by filmmaker Ava DuVernay, activist and philosopher Angela Davis spoke with such wisdom and power that set right our disorientation. We decided to bring her words to life with an animated short film using handwriting, archival imagery and a collage technique of layering artifacts. This self-initiated effort became something we worked on between projects and after hours to provide some context to our audience about how we arrived here and a potential path forward.

Who have been your most influential mentors, and why? Damian Totman, my previous group creative director at the television network Bloomberg. He was a stickler for details, never settled for mediocrity, and had great taste and a clever sense of humor that made the grind a bit easier.

Isabel Sierra Gómez de León, my friend and executive creative director at Bloomberg. Her drive and ambition were inspiring as hell. She showed me how to weave my personal values into the work seamlessly, reinforcing that it was not only acceptable but critical to be your truest self at work.

Dana Satterwhite, copywriter and creative director. Dana came to speak while I was in school. He has always made himself available throughout my career. Super generous with his time and wealth of knowledge. A wonderful example of another Black man who has navigated the highest levels of the ad industry.

Phillip Kelly, my first design director at JWT. An extremely talented and warm human being, he opened my eyes to the power of individual expression and the importance of having a soul in the hypercapitalistic ad industry.

Graham Wood, my executive creative director at JWT. He found ways to push each of us based on our personalities. I’ll never forget his emphasis on finding our own unique voice.

We have an obligation to address societal issues through our work. As designers, we uniquely sit at the intersection of messaging and visual art.”

You yourself enjoy nurturing the next generation of creatives. How can mentoring students help break down barriers to entry and create more equity within the industry? We started our mentorship program during the summer of 2020, knowing students were looking for more access and exposure to the industry. This effort provided us with an opportunity to connect with the next generation of creative people. Our introductory assignment was for college students to design a bag of potato chips. Mentees were asked to interpret the brief in whichever way made the most sense to them, focusing somewhat on logo design, illustration, and the materials and printing techniques for the bag itself.

The next iteration of our program was more of a one-to-one relationship between a Hook team member and a college student. These conversations centered around professional goals, job hunting and portfolio building.

Most recently, we’ve partnered closely with the Communication Arts Academy at Alexander Hamilton High School, located a few miles from our Los Angeles office. This unique relationship has afforded us the opportunity to develop a curriculum alongside the school’s faculty. We helped create briefs for the tenth- and twelfth-grade classes, respectively: the tenth graders were asked to design stickers representing their personal identities, while the twelfth graders were given the challenge of designing a poster for their favorite musical artist or band. The entire assignment spanned five months, culminating in printed stickers and a book of posters given to each student. Each project enjoyed high participation rates; students learned design fundamentals and built their confidence in presenting.

How has this mentoring work impacted your team at Hook? We’ve seen firsthand how our own leaders have emerged through this mentorship program. Hook people of all levels have contributed in major ways, whether crafting a creative brief, delivering detailed feedback, presenting their own project case studies or teaching a technical skill. This program has proven to be fertile ground for developing our skills, which can be applied to other areas of our day jobs.

As the program has grown and matured, we identified an opportunity to give it a name, a visual presence and a tone of voice. This became a new creative initiative, entirely internally driven. We assigned a group of emerging creative leaders to the project; for several months, they developed a strategy, led a naming exercise, and conducted a thorough design and messaging exploration.

You mention that design can be a means to approach a world in crisis, which Hook has approached in “In Case You Haven’t Noticed,” for example. Why is it essential that designers address issues through their work? We have an obligation to address societal issues through our work. As designers, we uniquely sit at the intersection of messaging and visual art. With so many existential issues confronting us today, I find it impossible to ignore and continue by just making ads. Instead, I look for projects I can personally connect with, ones that address an issue in an interesting way that hopefully make people think and eventually act.

Outside of working as an executive design director and art director, you create murals. What do you like about public art, and how do you adapt your creative process when working on murals? My murals are typically collaborations with my wife. She has a different set of skills and creative processes. Usually, we spend a reasonable amount of time crafting the concept in a way that feels contextually relevant to the project, which is very similar to making ads—thinking about the audience, message and personality, among other aspects. The process differs each time depending on the canvas and technique we’re using. There is some back and forth where she and I trade files from initial sketches to a polished Adobe Illustrator file. And eventually, we paint. This type of work provides a creative outlet for me in a different medium. With so much of my work living on the screen, it’s refreshing to consider a physical space and the community’s interaction with public art.

What excites you about design right now? I’m energized by the young designers we have hired recently at Hook. Not only do they have contagious enthusiasm, but they tend to be multidisciplinary and cannot be neatly put in a box. They are coming up in a strange and difficult time but have an awareness and interest in things bigger than advertising with an appreciation for the responsibility and power that art and design possess.

What advice would you give designers just starting out in the profession? The three things that have been most important for my career, and what I share with young designers, include: grit, having the drive and motivation to be really good and possessing a work ethic to fuel that motivation; curiosity, loving the craft, observing the world around you and researching what has come before; and communication, speaking your mind and being a proactive collaborator. ca

Mikell Fine Iles has more than 16 years of experience in design and advertising as they relate to launching and building brands, working with emerging startups as well as Fortune 500 companies. As the executive design director of creative production agency Hook, he leads multidisciplinary designers across various teams spread around the country. Based in San Francisco, he actively facilitates several mentorship initiatives and occasionally moonlights as a muralist.

Columns / Advertising
The Hummingbird in the Tornado
Ernie Schenck offers advice for ad creatives who feel their imagination being drowned out by the noise. 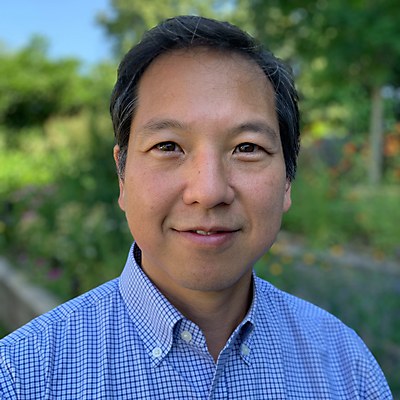 Columns / Insights
Data in the Public Eye
Sumin Chou, partner at Schema, speaks with us about how he sees data visualizations becoming more ubiquitous in public-facing design. 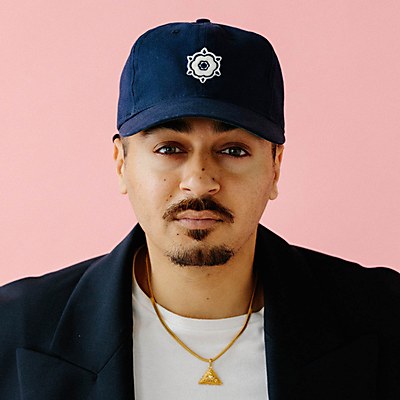