Fonts for the Mobile Environment

By Allan Haley
From advertising campaigns and user interfaces that build brands, to content that tickles the imagination, type is fundamental to the communication process. Typefaces establish hierarchy and evoke emotion; they make products memorable, entice audiences, command attention and engage the reader.

Everything that type can do on a personal computer, on the Web, or in print, it can also do on mobile devices—and it can do it today. Typefaces can bring drama and emotion to games and theme-based applications and hierarchy to user interfaces. Type can complement multimedia effects and take the mobile experience to a new level.

Type on the mobile phone is following a trend—one that began with bitmap fonts long before “desktop publishing” was invented. A look back goes far in creating a refreshing perspective on where we are today. 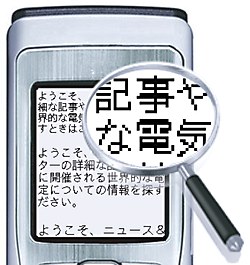 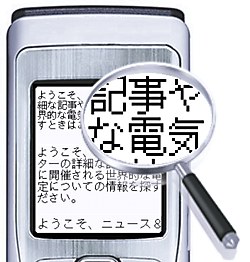 BACKSTORYWhen IBM announced the first personal computer in 1981, it shipped with a small package of bitmap fonts. Other manu­facturers followed suit, but users still struggled with crude bitmap ver­sions of typo­graphic fonts. As a result, applications on these first PCs were limited for the most part to spread­sheets and word process­ing. It wasn’t until Apple and Adobe col­labo­rated in 1985 to introduce scalable fonts on a PC that the communi­ca­­tions revolution that transformed the way we use computers began. No sooner had the first collection of thirteen fonts been released than users cried out for more—and not just to cre­ate office documents. Within a short time, virtually all graphic design­ers were using personal computers—and demand­ing more fonts. The need seemed insatiable. In fact, you can find hundreds of thousands of downloadable fonts on the Web today. Yet graphic designers still want more—but that’s another story.

We’re now seeing a similar phenomenon in the mobile space; mobile phones were once limited to bitmap fonts, but now that’s changing. Designers of interfaces on mobile devices under­stand the value of fonts. Many have traditional graphic or Web design backgrounds and are not satisfied with simple bitmap fonts. The same is true for a growing number of com­panies that develop products and services for the mobile space. According to Joe Pemberton, one of the founders of Punchcut, a San Francisco-based interface design company, “The big players understand the value of fonts. Whether it’s Qualcomm, Sprint, Apple or Verizon, they know how potentially important fonts are to their products and services.”

WHY FONTS NOW?For years, application engi­neers were respon­sible for many of the fonts on mobile devices; bitmap fonts were often developed in house, and in some instances no adjust­­ments were made to help them display and perform well. Later, even when graphic designers were called upon to create branded and theme-based interfaces, they, too, were limited to using crude bitmapped fonts. There were two reasons for the limitation: font raster­izers to enable scalable fonts in mobile devices had not been developed, and there was no simple licens­ing model to allow the implementation of fonts on poten­tially millions of hand-held devices. This changed at a recent Qual­comm brew Developers Conference when a special rasterizer, layout engine and a selection of fonts for mobile devices from Monotype Imaging were made available for mobile devices. The initial suite of mobile phone fonts was small, but this was followed by more fonts including the Rotis Semisans, Univers and the ITC Stylus typeface families. Complement­ing these were many decorative designs, such as the ITC Benguiat Gothic, ITC Flora, Nadianne Medium and ITC Tetra typefaces intended for use in themed applications and games.

NOT A SLAM-DUNKAlthough the technology and fonts can be relatively simple to take advantage of, putting fonts on mobile devices is not a slam-dunk. First, not every font will perform well on a small screen. There are also issues when localizing typography—especially with non-Latin fonts. In addition, the development landscape is fragmented, which requires design teams and application engineers to bring all the pieces together.

FINDING THE RIGHT FONTSFonts for use in a mobile device, regardless of the application, should have the following attributes:

The x-height is an important factor in typographic legibility and readability—especially where screen real estate and available pixels are limited.

Open counters—the white space within letters such as ‘o,’ ‘e’ and ‘c’—also help define a character and have a strong influence on ease of recognition. Typefaces with large, open counters are generally considered the easiest to read in hard copy, and this holds true on small digital screens as well.

Typefaces with strong contrast in character stroke weights do not work well on current mobile devices. There are not enough pixels in this limited digital real estate to reproduce the contrast at small sizes.

Typefaces that can easily be distinguished from one another are also key for use on mobile devices. They help create com­munication hierarchy, establish brand identity and enhance a specific visual theme. Typeface families with a marked differ­­entiation between their various weights and proportions also assist in creating hierarchy and logical graphical communi­ca­tion.

Fonts used specifically for operating systems and user inter­faces should have excep­tion­ally legible num­bers and be available in a range of weights and proportions. They should “stand out and fit in,” that is, dis­tinct­ive and capable of estab­­lish­ing a brand identity while not being so idio­­syncratic that they have limited use.

Not all decorative or theme-based typeface designs will be effective on mobile devices. While there will be some trade-offs in small-size com­munication power for the sake of estab­lishing a dis­tinct­ive look and feel, the basic requirements of mobile device function­ality still apply.

MORE ISSUESMobile phones have additional constraints that can adversely affect typographic quality. Limitations on memory, display size and display resolution impose unique requirements on font scaling technologies. The fact that there is a plethora of different phone platforms on which to port software, rather than the handful of platforms that exist for PCs, also poses a significant challenge.

The task of rendering East Asian characters legibly at small sizes is another hurdle that must be overcome in the mobile environment. As these characters are scaled down, spaces between character strokes may disappear. As a result, intri­cately shaped characters look blotted and lose their identity. There are technologies, however, that compensate for this effect by correctly preserving spatial relationships while removing some strokes, if necessary, without changing the meaning of the character.

Some language scripts, such as Arabic, are read from right to left and have contextual character substitution. Sometimes these scripts must also be combined with western European text. This kind of functionality requires a special layout engine.

TEAMWORK REQUIREDIt is very good that graphic designers have been brought into the process of interface development. However, too often they work in a vacuum and hand their design to software engi­neers who are then faced with the task of interpreting the interface as best they can within the constraints of the software they use. A better solution would be for designers and engineers to work in tandem and to collaborate on the interface design process.

EDUCATIONFinally, there is the issue of education. While most designers and some developers are aware of the value of scalable fonts and the technologies that support them in the mobile envi­ron­ment, many are not. “Implementation of scalable type is still piecemeal,” says Pemberton. “Many developers don’t know yet to ask for fonts. Our goal is to raise awareness about the value of fonts. Near term solutions can be addressed with images and simpler technology, but this will not work in the long term.”

CASE IN POINTOne company, Verizon Wireless, was quick to see the flexi­bility and power of scalable fonts on mobile devices. The company has implemented a custom font family, drawn by Canadian type designer Rod McDonald, as part of their new mobile user interface.

Guiding the project was R/GA, a creative agency based in New York City that works with Verizon Wireless in vari­ous capacities including the development of its UI specification. The goal was to produce a dis­tinct­ive, ver­sa­tile typeface family that was clean and legible. “While our objective seemed simple, we knew that diffi­cult technical challenges loomed ahead, such as mak­ing sure the fonts would perform con­sistently on different display sizes and screen resolutions,” said Ryan Denning, group director at R/GA.

The elegance of the Verizon Wireless typeface belies its tech­nical makeup. Text stays sharp, even at small sizes, while the design retains an understated appeal. Even though clarity and legibility are critical concerns, a UI type­face design should not call undue attention to itself, as might be desired for a theme-based application or game. The new typefaces for Verizon meet all these goals.

Mainstream typographic fonts have made a successful tran­sition to mobile devices—albeit with help from technology. All the communicative power of type can be put to work to make the mobile experience more compelling, engaging and versa­tile. While working with fonts may not be as simple as on a PC, this too will evolve as engineers and designers work together. The best is yet to come. ca 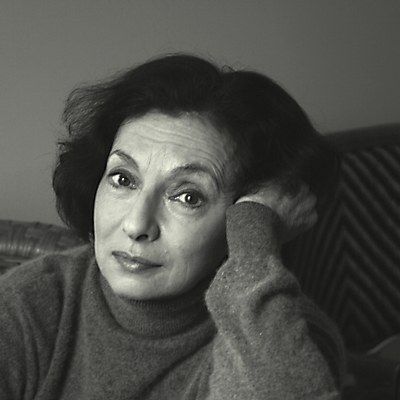 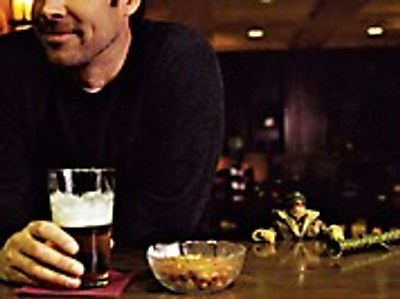 Columns / Insights
Bourbon And Eggs for Breakfast
Scott Maney, the executive creative director of Jones discusses his dream of becoming an eccentric, but wildly successful, novelist; how he got his first job; and why advertising for presidential candidates all looks, feels and sounds the same, even though they all preach change. 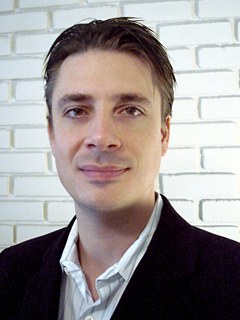