By Sophia Foster-Dimino
Why did you decide to leave the Google Doodle team to become a full-time freelance illustrator? There were a million factors. I’d been at Google for four years, the average length of time it takes to complete an undergraduate degree—maybe it was residual subconscious programming from my education, but I felt like I had finished learning at Google. My career path at the company would have involved more management and less drawing, and I was just beginning to find my own voice. I had to do other work—from personal to extracurricular professional projects—either early in the morning or late at night. I didn’t want to stop working in the weeds.

Having already spent several years doing freelance on the side—building a client base and portfolio—and doing different kinds of projects with varying timelines helped ease my transition into freelancing. I didn’t feel 100 percent confident, but it was enough to take the leap. Compared to the corporate world, freelancing has been so unstable, unpredictable and scary—unsurprisingly—but I can say with absolute clarity that it’s also been the best choice for my raw drawing chops.

But I have learned some hard lessons. Time management is always tough. I never want to turn down work, which constantly comes back to bite me. And after working at Google, the harsh reality of freelance taxes and insurance woke me up very rudely. But I’m lucky to struggle with only these annoying bureaucratic things and not with the actual process of drawing, which is still constantly a joy. I’m considering an agent now for getting bigger clients, handling invoices and so on—I struggle with managing these tasks—but it’s been nice to have a year of doing it all myself. I want to intimately know all aspects of the freelance life so I can make informed decisions about where I want to take it from here.

How have you built up your freelance career? While I was still working at Google, my two big breaks into the freelance world—working with art directors Jordan Awan at the New Yorker and Alexandra Zsigmond at the New York Times—came within a week of each other. For the New Yorker, my friend and professional peer, Brooklyn-based illustrator Hannah K. Lee, referred me for a job. For the New York Times, if I had to guess, Alexandra was familiar with my indie comics. Because I’ve never promoted myself—apart from my social media presence—I believe many art directors have found me through my comics. I love that this first impression mercifully gives me implicit permission to use my weirder indie style, as opposed to the broader style I used at Google. Referrals from professional peers, my social media presence and the guerrilla marketing of making zines—these are currently the only avenues I take to get my work in front of art directors.

Every illustrator takes a stance—whether intentional or not—about what normal, outdated and progressive mean.

What was unique about working as a Google Doodler? Unlike typical editorial illustration jobs that require working with an art director, Google Doodlers work with a “local doodle manager,” who is usually a product manager or a similar kind of Google employee working in whatever country the team is doodling for. These managers would give us feedback on how to make the doodle culturally relevant to the target audience, but the art direction—in a purely aesthetic sense—came entirely from within the team. Of course, many art directors are also working illustrators, but there was something very special about the Google Doodle environment. We really held each other to very high standards. Being artistically challenged by your creative peers is loads of fun—sometimes, my teammates would brainstorm drawing exercises we could all do together as a group in order to improve.

But time was always an issue. In editorial, stories get pushed, or you have such a tight turnaround that there’s no time to waffle. In publishing, everything is done months and months in advance. But in the Google Doodle world, we would occasionally have very long lead times—but absolutely inflexible deadlines. I saw the team grow from a very small, unstructured squad to a big, ambitious and professional group. We faced new challenges every month because we never stopped growing.

What is an illustrator’s responsibility? I began drawing because I was a very shy and introverted only child who spent lots of time alone. I drew to escape from a world I had trouble understanding. So it’s deeply ironic that I became an illustrator because we are often tasked to convey a very complex understanding of the world. If you’re illustrating current events, an op-ed piece, or someone’s extremely personal or political essay, you need to hold all sorts of factors in your mind when designing the image. What is the author’s intent? How informed will the average reader be? Is it appropriate to be neutral? What is neutrality? What are the tropes associated with this subject matter? Will using tropes help people understand the piece—or will it patronize or disrespect a complicated issue?

Valuable discussions are happening within the illustration community contemplating how to treat pieces about gender, race, violence, war, mental illness, poverty, incarceration, government, politics and ethics—topics we were not specifically taught about in school, but topics that we, just like every adult, must nonetheless form our own opinions about. I don’t want to overstate the importance of illustration, but I don’t want to understate it either. Illustration is powerful. It helps shape our culture. It can spark dialogue that leads to real progress. Every illustrator takes a stance—whether intentional or not—about what normal, outdated and progressive mean. If you’re approaching a piece about something difficult that you’re unfamiliar with—adoption, abortion, cancer treatment, gentrification, religious persecution—you have a real responsibility to research the topic, seeking multiple perspectives on the issue and carefully weighing the implied nuances of your piece. You must do the idea justice.

How have you evolved as an illustrator? I haven’t turned 180 degrees, but my work has drastically changed. When I was at Rhode Island School of Design (RISD), I thought I was going to go into character design for videogames. I used to be into digital painting, doing these lush renderings with lots of colors and refracted light. But taking some printmaking classes lightly scrambled my thinking, and I grew incredibly bored of the dominant visual development digital painting style. Now, everything is ligne claire and mostly flat. Looking back, I was somewhat denying my own nature—the digital painting work I used to do felt more serious than the cutesy, anime-inspired work I liked in high school, which I considered puerile.

Now I don’t care. I’ve embraced the work of “feminine” or “cutesy” cartoonists, which my teachers at RISD downplayed. It’s dangerous and unconscionable to dismiss work that seems superficially immature. Letting go of my internalized biases has only been good for my work. I feel less afraid, less inhibited. It’s so much easier to draw now, and I’m progressing faster as a result.

I’ve also become bolder and bolder about pushing my own weird, specific ideas. I trust art directors to know what they’re getting into when they contact me. I used to be much more timid, but I’ve since become emboldened by the realization that the more fun I have with a drawing, the better everyone likes it. I repressed myself because I thought “serious” illustrators were forbidden from having too much fun—I was wrong. Even when working on personal comics, when I didn’t have to answer to anyone and nobody was overtly gatekeeping my work, I had to struggle through this no fun zone. I’m still working on it. I want to keep trying to have more fun. The work I admire most, regardless of the tone of its actual narrative, reflects such boundless joy and freedom. That’s the most inspiring thing—when you see someone having fun while making work, it makes you want to immediately run to your sketchbook to join in.

Where do you get your ideas and inspiration for drawing? Everywhere! A simple answer for my expansive, in-depth scope of interest: I adore furniture design, architecture, fashion, lowbrow aesthetics and browsing bookstores—even random signage around the city, unicode, nature, gourmet plating, poetry and political discourse inspires me. I’m a big believer in pulling from outside my field.

I keep a Dropbox folder of inspirational images—glancing through what I’ve saved in recent weeks, I have: stickers by a Japanese artist for the popular smartphone messaging app LINE; a Mary Cassatt lithograph; a bizarre, unwieldy jumpsuit by a textile artist; a poster by Vladimir Lebedev; and some black-and-white photographs by Brassaï. I save anything that seems compelling. On a grand scale, I’m most interested in the interplay between detail and emptiness, shapes, limited color palettes, balance, tension, patterns and simplicity.

Recently, a lot of my sketchbook drawings stem from phrases that pop into my head. Using Twitter has energized my interest in short, pithy sentences, memetic imagery and fashion statements. I also like to draw people in domestic spaces because I love to populate imaginary nooks with custom flowerpots, mugs, tables and other decorative items—the things I wish I could make in real life.

What excites you about the field of illustration right now? Comics and illustration growing closer together. Illustrators animating and animators illustrating. Increased collaboration thanks to social media. Social media in general. Fairer and more transparent business practices all around. The role of social justice in illustration and vice versa. The righteous pressure to be smarter and more responsible. New kinds of never-before-seen gigs, like drawing in virtual reality. More people telling more stories in more ways.

But I wish more cross-pollination happened between the games, comics and illustration worlds. The Toronto Comic Arts Festival pulls game designers and cartoonists together like no other convention today, but there’s still lots of exciting work to be done to create a lusher landscape.

Do you have any advice for people just starting out in the illustration field? Band together, find your friends, and encourage and support one another. Try to find that perfect balance between speaking your mind and making sure you’re understood. It’s all about meeting people halfway. And to crib a paraphrased piece of advice from illustrator Jillian Tamaki: Being a good illustrator overlaps with being a good person—be informed, have opinions, focus on growth and be diligent. Be honest.

Sophia Foster-Dimino, a San Francisco–based cartoonist and illustrator, moved to the Bay Area shortly after graduating from the Rhode Island School of Design in 2010 with a BFA in illustration. After working on the Google Doodle team for four years, she quit to freelance full-time. Foster-Dimino has since been working out of a studio in San Francisco’s Mission District with her peers, fellow illustrators Shannon May and Ric Carrasquillo. Clients include the New Yorker, the New York Times, Lucky Peach, MIT Technology Review, Cicada, the Pitchfork Review, and Hazlitt. Foster-Dimino is six issues into her ongoing Ignatz Award–winning minicomic series Sex Fantasy. 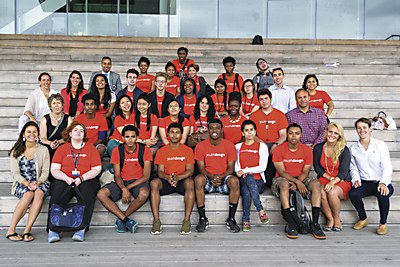 Columns / Education
The Changing Face of Design
Three programs that start teenagers on the path to careers in design. 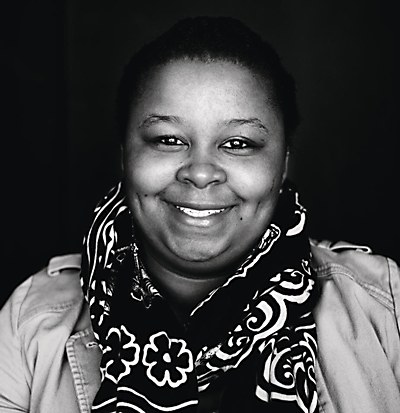 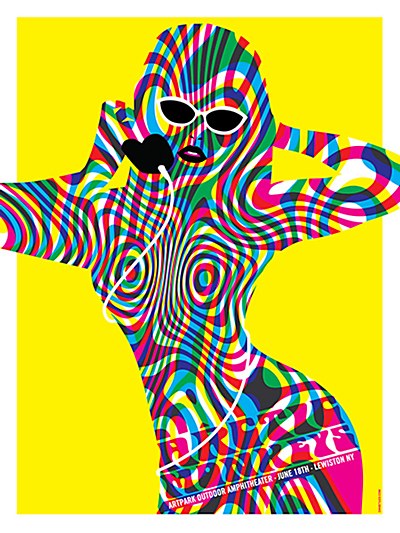