Yolanda Zappaterra explores how generative design is set to change the industry.

There’s a scene in the movie Hidden Figures in which Octavia Spencer’s character Dorothy Vaughan looks thoughtfully at the machine that will make her and her colleagues’ jobs as human “computers” redundant. The IBM 7090 computer had been purchased by NASA to help it beat the Russians in the race to space, but rather than feel threatened or cowed by the machine, Vaughan takes a book from the Whites Only section of the local library to teach herself—and her colleagues—Fortran, the programming language needed to work with the machine.

It feels like communication designers are in a similar position to Vaughan’s. As algorithms, artificial intelligence and cloud computing become more powerful, designers face “a paradigm shift in design,” as Cedric Kiefer, cofounder of Berlin-based experimental art, design and technology studio onformative, puts it. “The possibilities of programming languages as well as using algorithms will eventually change the role of the designer.” The big question is how.

The answer lies in the growing field of generative design. Unlike machines, humans have preconceived notions about how things should look and perform. Yet more designers are realizing thousands of design directions and solutions that we would almost certainly never envision on our own. Creatives with the right programming skills can produce extravagant, detailed structures and patterns that can form the basis of everything from typography, films and logos to products, textiles and interactive installations. In this sense, generative design bridges the gap between the sciences and the humanities, and a growing number of creative agencies and studios are arming themselves with the technological literacy needed to make the most of this new potential with some fascinating projects.

One of the most experienced and innovative is FIELD, a London-based studio that has created a range of generative design projects for global brands such as adidas, Deutsche Bank, paper manufacturer GF Smith, Maserati, Microsoft and the UK government. As the creative director of the studio, Marcus Wendt believes that FIELD’s strength “links to the idea of using tools versus building tools, which gives the possibility of something more creative, more interesting.” He identifies a shift in working process toward the more conceptual because this is where differentiation and originality ultimately lie in digital design. “One [designer] figures out a new look, and as soon as it’s on Behance or Instagram, if it’s interesting enough, a sixteen-year-old with a gaming computer can figure it out much better on OctaneRender,” Wendt explains. “You can’t really rely on being technically better. It becomes a matter of ideas and concept, in the end. Whatever you do, there will be ten people out there who do it better. But getting the right message, concept, visual? Getting that together, that takes time.”

For this reason, generative work has been accused of visual homogeneity. “It’s quite hard to design your own algorithm, so it’s easier to replicate someone else’s,” says Wendt. “Creating your own is about crafting a mixture of made-up audio-visual systems, and it’s generally hard to come up with new ideas, especially because it’s quite an abstract space. But as more people become experienced with and aware of it, [more will] develop their own ideas. There’s a bunch of exciting new designers who are doing that, who are fluidly developing new aesthetics and approaches, and that’s where the exciting work comes from.”

In Berlin, onformative is also crafting a broad range of creative projects for such far-sighted clients as Facebook, Google, Montblanc and Porsche. Like FIELD, the studio is excited by using more than existing technology and possibly developing its own tools. “By writing our own software, enhancing given tools or simply combining them in unusual ways, we create new ways of working with the design process,” Kiefer explains. “One important skill here is to understand the possibilities of certain algorithms and their uses in different contexts. Let’s take a simple example like noise, generating random values between zero and one. This alone doesn’t give you any visual output—or any output at all—besides random numbers. It’s up to you as a designer to interpret those values. This could happen as black-and-white pixels generating an image, but it could also be interpreted as height or used to generate landscapes as 3-D models. Or even as sound, motion or the input for another algorithm. So an algorithm itself doesn’t give you anything concrete as long as you don’t define it.”

The studio’s fluid design solutions make clear the opportunities presented by collaborative generative design: the true sense of the word collaborative. onformative and FIELD show us how generative design is changing and will continue to change the role of the designer into something far more fluid: a combination of designer, programmer, producer and curator. And as the field develops, who knows what else?

Italian product design studio MHOX uses algorithms and 3-D printing to create prosthetics that look less like a medical aid and more like couture designed by Alexander McQueen. Filippo Nassetti, MHOX partner and lead designer, says, “Traditionally, designers operate creating a limited number of options, analyzing them ex-post to understand their fitness. With generative design, the performance criteria are embedded in the process itself, which produces a wide population of informed possible solutions. A shift from building to growing, sculpting to breeding. In this sense, generative designers become closer to scientists on the one hand, gardeners on the other.”

Wendt expands on this: “It’s not just pressing a button and choosing one of the generated options; that doesn’t really do it justice because you do tend to think a lot about structure, architecture, systems, processes, behavior—all these things need to be considered. In the end, it comes down to needing to know as much as possible about pretty much everything. And as a designer, you can’t say, ‘I’m just a visual person, I’m not doing maths.’ That won’t help you if you want to do animation, generative or interactive design. You need solid foundations in algebra, geometry, as well as being able to compose a picture.”

A curatorial aspect is inherent in this new way of designing, says Kiefer. “You start off with an idea and define your visual system before translating it into a set of rules and later code,” he says. “This means you shape the design process itself, resulting in a wide range of fascinating new visual worlds and possibilities, which puts you in the position of the curator who evaluates and selects the output.”

Wendt echoes this new aspect of the designer’s role. “We thought of generative design in the beginning as more of a technical process, literally working with code to make visual designs,” he says. “Now it’s more a way of thinking. In a way, I think I would compare it to photography: anything you make in a computer is additive creativity. You start from nothing, add stuff to it and keep tweaking until it’s what you want. The interesting thing in photography and generative design is that you start from a lot and it’s about curating what you see. That’s your input.”

Nassetti identifies another aspect of generative design that is a new experience for the designer who previously may have held all the cards: “Often you are surprised by some of the outputs being generated,” he says. “These elements of uncertainty and unexpectedness feed and enrich the design process, creating scenarios you could never have predicted at earlier stages.”

Understandably, there’s a lot to be excited by in this future of generative design, but as Wendt sees it, “Not everyone needs to be an algorithmic computational designer. It’s just one out of several possibilities.” He suggests we just embrace the plurality of what we have. But Kiefer is more focused on the possibilities offered by designers as programmers of their own digital toolboxes. “It opens up new visual vistas and fundamentally alters the design process,” he says. “We believe this design process will establish itself as a new design discipline in the long term, in which more emphasis is put on the methodology than the visual quality.” And Nassetti foresees interesting issues around traditional notions of authenticity and authorship, which will be severely challenged by the generative approach. “Open-source culture, 3-D models’ circulation over the web and generative applications that allow for the automatic customization of designs are faced by old-school copyright regulations unable to keep up to the new culture. I find fascination in this uncertainty.” ca 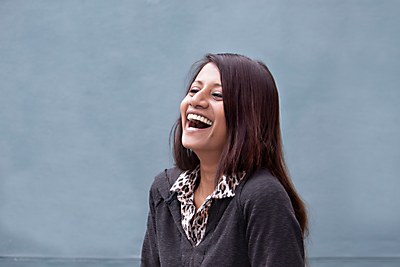 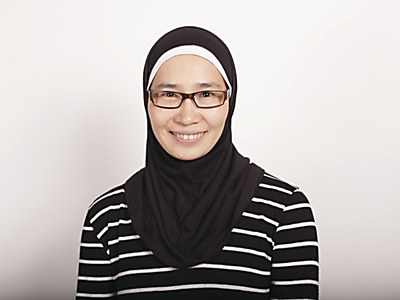