Getting the Conversation Started

Phil Hamlett on the cultural component of the Living Principles.

By Phil Hamlett
In October 2009, the Living Principles for Design were introduced as a framework to help designers facilitate development of their sustainable solutions, ideas and visions. Additionally, by serving as the means to critically evaluate their efforts, the Living Principles are intended to establish the ground rules for the inevitable critical discourse that surrounds them. (Built upon widely-accepted triple-bottom line reporting standards, the four integrated streams and 21 discrete principles can be found on the Web site.)

A quick look at the principles themselves will reveal that the “cultural component” is not simply one of the four streams, but instead functions as the broader contextual setting in which the other myriad (integrated) sustainable components unfold. As such, the cultural considerations of any design undertaking usually contain the highest level of interest and the most entry points—and thus the most likely place to get the conversation started. 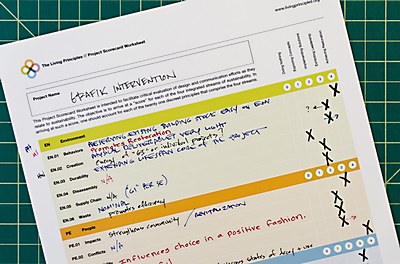 This quality is of particular interest since one of the defining attributes of a vibrant culture is lively dialogue. Accordingly, the Living Principles’ capacity to stimulate and shape dialogue has emerged as one of its most promising areas of ongoing development. By creating the visions of the future to which we can all aspire, designers can create scenarios in which all other conversations revolve around their efforts. Conveniently, this is the arena where designers have the most to offer and stand to play the greatest role. When design is called upon to build consensus or alter behavior, determining what kind of dialogue will take place is usually a key component of the brief. (And as design increasingly assumes interactive and participatory forms, “dialogue” becomes even more central to what is taking place.)

One of the conditions upon which constructive dialogue depends is mutual understanding: an agreement of terms, a common language. As designers and their collaborators endeavor to develop and refine the language of sustainability, the Living Principles serve as a critical reference point.

One simple—yet effective—means to accomplish this feat is a basic checklist that directs the conversation back to the principles themselves. An easy enough item to include in creative briefs and/or the critiques that support them, such a worksheet encourages project stakeholders to return to the same basic terms and ideals again and again. By doing so, pathways are built and mental circuitry is reinforced over time, eventually solidifying to form a chassis for ongoing development. By staying on target, maintaining focus and reiterating key points, designers ensure the most salient components of sustainable design solutions are thrown into high relief.

Design’s ability to create interest and provoke response can be directly responsible for stimulating dialogue. One example of that notion put to the test can be found in the nascent “Grafik Intervention” project. Originally conceived as a graduate thesis by Academy of Art University student William Culpepper as a means to spark urban revitalization efforts, Grafik Intervention has become an ongoing series of independent events deployed in a wide variety of contexts as a means to get the ball rolling in cities across the country.

While living in Charlottesville, Virginia, and pursuing his degree online, Culpepper began to ponder the numerous buildings in town that had been sitting vacant for several years due to past and present economic hardships. These buildings had become eyesores in the community, daily reminders of grim circumstances (not exactly an anomaly, similar conditions and buildings can be found in communities across the country). As he set about how to bring more awareness to the future potential of these abandoned urban spaces, he determined that the broadest possible engagement with the community was going to be required in order to be effective or to have meaningful impact.

In order to fully understand how these potentially valuable buildings became the source of urban decay, Culpepper embarked on an ambitious research phase. Within the local community, he interviewed neighbors, business leaders, members of the local historical society, librarians and city officials. In the course of doing so, he exhumed tremendous amounts of fascinating historical content relevant to the specific structures on which he had decided to focus his efforts. Armed with old photos, newspaper clippings, historical documents and anecdotal information, Culpepper created a series of large-format images specific to each property.

Then, by firing up a digital projector the size of a suitcase and shining these images onto the façades of these structures at night, he created an arresting visual chronology of each building’s peculiarities and history. Of course, the sheer spectacle stopped people in their tracks: Locals who had long ignored the buildings in question began stopping to find out exactly what was going on. As crowds grew, and as awareness of subsequent evenings’ activities built, idle passersby turned into throngs and mild curiosity escalated into something larger and more productive. Questionnaires were utilized to capture additional information, feedback and suggestions for how the buildings might be used. Participants were provided with walking maps to additional structures and encouraged to attend future interventions and continue the dialogue. 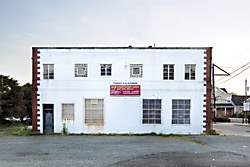 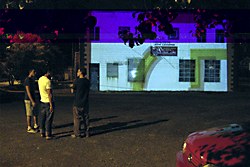 Grafik Intervention establishes—and then builds upon—a rich cultural connection. The project effects change through an integrated collection of working parts: weaving a tapestry of historical context with the façade projections, encouraging neighborhood engagement and dialogue, determining exactly what sort of change is desired, providing channels for communication and creating feedback loops between citizens and policymakers. By generating initial interest, tapping into community pride and camaraderie, sparking—and then documenting—dialogue and through direct engagement and awareness, Grafik Intervention demonstrates how positive results can occur and motivate community members to take action and pride in their own neighborhood. Strong stuff.

After becoming the assistant professor of graphic design at Ferris State University in Michigan, Culpepper performed additional interventions, with his students’ help, that further validated the project and solidified its process. What has emerged is a flexible framework through which additional iterations can be developed and deployed—pretty much anyone anywhere can conduct their own intervention by securing the procedural guidelines and technical requirements for doing so from the Grafik Intervention Web site. As such, the project becomes a platform for co-creation, a broad participatory canvas in which any number of contributors can bring to life their own vision of their respective communities. Taken cumulatively, this project will ultimately build a narrative of the neglect and hope that defines our current economic condition and help to transform one of the most distinguishing features of the great recession.

Grafik Intervention does account for the factual metrics used to describe the plight of commercial real estate (leases, deeds, occupancy rates, square footage, etc.), but focuses on the more powerful emotional interplay found within a community. People who would never venture into zoning ordinances or concern themselves with commercial real estate are now engaged in a process that will have profound effects on those very things. While it is of course possible to use design in analytical fashion to present the numerical data that describes this plight, design's greater strength is its unique ability to touch people at an emotional level. By recognizing that people respond with their hearts before their heads, designers can create more meaning and make deeper impressions that have more resonance.

When the Living Principles invokes things like “visions,” and projects like Grafik Intervention encourage people to play a participatory role in the development of their own communities, designers are playing to their strengths as storytellers, facilitators and conversationalists. By establishing the cultural context in which these dynamics unfold and framing sustainable problems in ways that best suit their skill sets and interests, designers affect change by doing the sorts of things that designers do best. ca

Author’s notes:
The Living Principles Scorecard Worksheet can be downloaded at www.livingprinciples.org.

Trained as a graphic designer, Phil Hamlett has over 22 years of experience in a wide variety of design and communications roles, working for studios and clients large and small on both coasts. Currently, he is ensconced as a design educator (hence the use of words like “ensconced”) at the Academy of Art University in San Francisco. As the driving force behind the AIGA Center for Sustainable Design and the founder of Compostmodern, his interest in developing sustainable business practice rounds out his time. 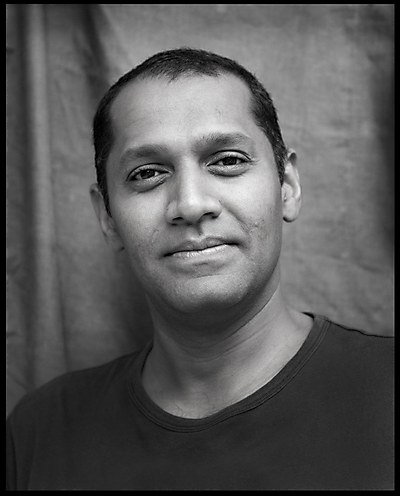 Columns / Insights
Dust on The Frame
Palani Mohan comments on photography as a selfish pursuit, the windows that are a source of inspiration and how most of the people he’d like to meet are no longer living. 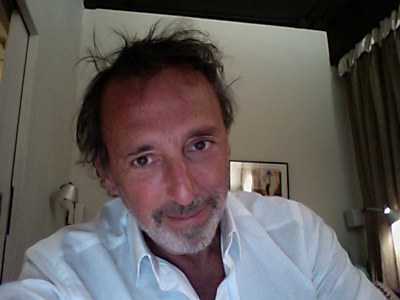