Throughout my life, from adolescence to adulthood, my mom would say to me, “You are so lucky. You own your art.”

This was a layered observation. On one level, she meant that I was lucky to have a passion that consistently held my attention, like drawing every day after school. She also meant that I owned a visceral way of encountering the world, like turning onto a street full of bright yellow taxicabs and feeling the shock of their color.

My mom was actually referring to my “artistic practice,” a term neither of us knew back then. Over the years, my practice has become deeper: a source of enjoyment, learning and stern self-interrogation. I’ve also found that my artistic practice provides a foundation when I encounter life’s painful realities—in particular, losing people I love.

Artists have always dealt with the subject of death and its tributaries of grief. It is perhaps the most ubiquitous topic in art history, with famous representations of mourning ranging from allegorical and religious, to metaphorical, autobiographical and conceptual. Consider Douris’s Eos and Memnon vase painting, Michelangelo’s Pietà, Robert Mapplethorpe’s Self Portrait and Motoi Yamamoto’s installation Return to the Sea: Saltworks.

As an artist, you use your practice to translate loss into something new. Your life undergoes a major shift, and you call upon your familiar knowledge: the themes of your past work, your materials and vocabulary, your sensibility and aesthetic. Making art while grieving is a continuation of your artistic practice, with a unique contradiction: the tension between the sweet immersion of creating and the simultaneous pull of sorrow.

Artists have always dealt with the subject of death and its tributaries of grief. It is perhaps the most ubiquitous topic in art history, with famous representations of mourning ranging from allegorical and religious, to metaphorical, autobiographical and conceptual.”

To better understand my own process, I wanted to know how other artists use their practice to convert their experience of loss into tangible expression. I had seen the work of Brooklyn-based artist Nene Humphrey, whose profound performances and installations dealing with mourning moved me long before I had experienced a traumatic loss myself. I asked her to join me for coffee at a favorite neighborhood café.

Humphrey’s expansive, evolving project Circling the Center is the very definition of multimedia. She includes drawing, sculpture, video, poetry, music and performance. This was not always the case.

Back in 2005, as a long-term (and current) artist-in-residence at New York University’s LeDoux Lab, Humphrey had been making drawings based on imagery of the brain’s amygdala, an almond-shaped mass with thousands of neurons that help process emotions. A year after she began this work, her husband died unexpectedly of cancer. As she searched for ways to articulate her grief, she happened upon the Victorian art of mourning braiding, and was struck by the visual and psychological similarities between the braiding and her drawings. Her artistic practice soon underwent a transformation in depth and breadth.

As we talked, Humphrey explained the organic ways in which she sought and allowed radical changes to her art making.

“The death of my husband allowed me to get into my work as I never have before,” she said. “I still have the core of what I do as an artist. But I never would have taken that many chances. I was so willing to fail—almost not thinking—not rationally plotting it out.”

Making art while grieving is a continuation of your artistic practice, with a unique contradiction: the tension between the sweet immersion of creating and the simultaneous pull of sorrow.”

Humphrey felt the need to make the work richer. “I started to collaborate,” she said, “because I didn’t know how to do certain things, like video and sound. I was being open to what can happen. [In my previous work,] I had made all the decisions. I had never really collaborated, but now I had willingness.”

I asked Humphrey about the contradiction of grieving while making art: the feeling of deep sadness juxtaposed with the creative fulfillment of discovering the right expression for the work.

She replied, “You’re using the experience; your experience is going into the work.” Then she told me this story:

“When Benny was dying, there was his different breathing, and I went into the room with my tape recorder and recorded it, and then put the recorder away on a shelf. Later, I was talking with my collaborator Roberto [Roberto Carlos Lange, a musician and sound designer] about patterns and I said, ‘I have this tape.’ There was a moment when I thought, ‘Am I going to tell Roberto about the tape?’ But I had to. And he took that sound and used it.”

“It’s so beautiful,” she added, “this rhythmic breathing. I wanted it in there.”

We can’t predict how difficult times will affect or alter our lives. But as artists, we can call upon our well-honed artistic practice—this thing we are lucky enough to own—to allow grief to reside in our creative work. ca 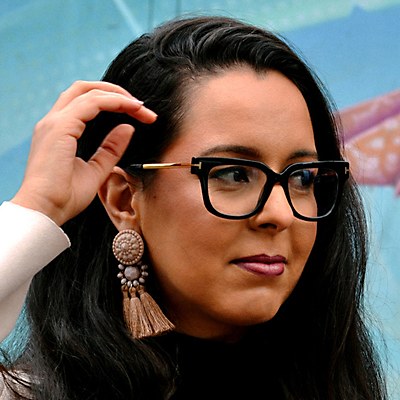 Columns / Insights
Designing for Social Impact
Sarah Fathallah, a social designer and researcher, works with communities around the world. 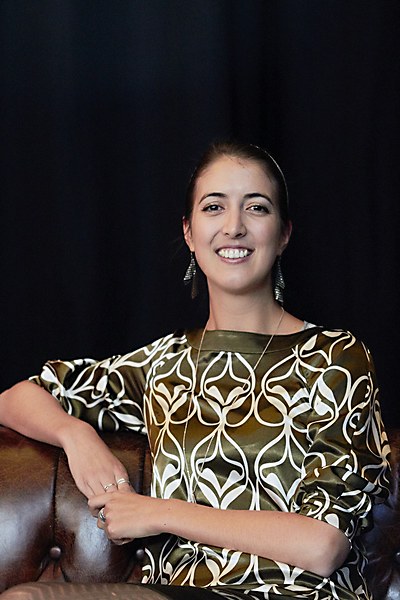