Art director Aisha Hakim discusses how to better empower the next generation of ad creatives.

How did you get started in advertising? Advertising as a career wasn’t something I learned about until my early 20s. I had dropped out of college to help my dad recover from health issues and was working at my local publishing company. To get hired, I walked in with a printed portfolio, asked to speak to the creative director and told him I’d work for free until I proved myself worthy of a position. Perhaps that tactic can only work in a small town, but it worked nonetheless. I handled editorial layouts, assisted with photoshoots and designed the ads that local businesses ran in the various publications.

Eventually, I was connected with a family friend who worked at Innocean in Huntington Beach, California. They set me up to informally come in and meet with creatives so I could learn about the advertising industry and how a creative department operates. From the moment I walked through the agency doors, I was smitten. Interesting artwork hung on the walls from a campaign recently shot by Wes Anderson, an espresso machine screamed as free lattes were served, and a dude headed down the elevator with a surfboard to catch some midday waves. Still, I had no portfolio, no college degree and no experience in this type of advertising. But I was determined to get in. It took about four years of incessantly emailing creative directors, grinding away at an unpaid internship, freelancing and hacking together a portfolio until I was hired full time by Innocean.

What challenges have you encountered while writing your book The Hack's Guide to Building Your Portfolio? There are various materials that already explain concepting and copywriting. But there wasn’t much out there with tactical advice regarding how to design a portfolio so it will grab a recruiter’s attention for more than three seconds and make them think, “Hey, this candidate may have something here.” I needed to reverse engineer what makes a great portfolio, beyond the work. As much as people say that portfolios are all about the work, I don’t think that’s true. It’s about the work and how it’s presented. Figuring out what, exactly, makes a portfolio special was an interesting challenge because it forced me to verbalize big, small and seemingly irrelevant details. Things like, What makes an About Me compelling? What makes a great keyframe? How much idea description is too much? Finally, the true test and largest hurdle was taking everything I’d learned from interviews with recruiters and creative directors and turning that into actionable, engaging advice.

What is the importance of mentorship in the advertising industry? It should come as no surprise that advertising is losing talent. Between tech and increasingly celebrated in-house shops, there is more competition to attract talent than ever. Add in the industry’s lag in addressing its lack of diversity, and advertising certainly isn’t doing itself any favors to prove itself worthy of consideration. As we assess how to become more appealing to young talent, mentorship needs to be at the core of those conversations. It’s often lost on industry vets just how many industry expectations and rules are relatively unspoken, leaving the next generation of talent wading in a vicious sink-or-swim environment. Cultivating a culture where mentorship is the norm rather than the exception and giving everyone, rather than a select few, a fair shot at success is crucial and necessary to our industry’s long-term survival.

You took a brief sabbatical from the industry last summer to freelance. What did you learn from that experience, and how has it changed your approach? After some tough work-related losses started to wear on me, I knew I needed a change. Yet, I was scared to step away because I feared I’d get left behind by the swift tide of the industry. Also, much of my self-worth was wrapped up in what I was accomplishing at work. And the problem with that is, in this industry, acclaim doesn’t last. There will always be someone else to impress and someone who isn’t totally convinced of you. There will always be someone else with more awards or a better portfolio. So I decided to go cold turkey and step back. Turns out, with a bit of distance, those things came into the light as superficial and at odds with the actual important stuff in life: family, being a master of your own time, and your security with yourself. Now, I can approach things with a clearer head and have learned to not put so much pressure on situations I can’t control. There will always be another brief. But time? That is precious.

There will always be another brief. But time? That is precious.”

What led you and your husband to start the furniture company Frame+Panel? I met my husband in Boston when he was enrolled in the cabinet- and furniture-making program at the North Bennet Street School, and while I was going to school for graphic design. The collaboration was a natural joining of interests, and I like to joke that he was my first client. Initially, I was helping him craft a visual identity to get his business off the ground: naming the company and designing business cards and his website, as well as newspaper and magazine ads. He’d often ask for my opinion on the design of his pieces, and I just became naturally more involved in the process from beginning to end. When we moved back to my hometown in Southern California, we premiered in two of the most well-known art shows, the Sawdust Art Festival and the Festival of Arts. Now, Frame+Panel has become more of a leisure project, as it’s difficult to find woodshop space in major cities. But, as we gear up for our move to Austin, Texas, we’re hoping to pick things up where we left off.

What do you consider to be the greatest ads of all time? The first ad that made a massive impression on me and really opened my eyes to what type of thinking was possible in advertising was Canal+’s “The Bear” by BETC Paris. I was stunned by how good it was, and, of course, the production value helped immensely. To me, it has everything a great ad should have: concept, storytelling and a simple yet satisfying twist at the end. I often refer back to it as a source of inspiration, or whenever I just need to laugh.

The other ad is Nike’s “If You Let Me Play,” written by Janet Champ. This spot is an example of brand action before brand action was even a thing, and it doesn’t mince words with its message. To me, this ad is an example of Wieden+Kennedy at its very best: rebellious, insightful, expertly executed and still packing a punch 25 years later. It’s the kind of spot that makes you look around at the work today and think, “Are we going far enough with the platform we’ve been given?”

What trends in advertising are you most interested in? Brands are facing a reality where they can no longer remain silent on social issues, and that’s a good thing. Brands are a reflection of their consumers, and they can’t ignore the growing cries for social change. Consumers are also beginning to hold brands to a higher standard. Soon, it won’t be enough to simply put out a statement on climate change or human rights issues; consumers are expecting brands to reevaluate how they are conducting their business behind closed doors, beyond a social media post carrying a carefully worded statement. We’re already seeing leaders in this space with brands like Patagonia and Ben & Jerry’s, which are becoming the framework for success in this new world order. With 2020 behind us, it’s clear that we cannot continue with business as usual, so I’m most looking forward to brands doing some soul-searching to figure out where they stand.

What advice do you have for women creatives who are just starting out in the industry? The number one thing I tell women creatives who are new to the industry is to not allow themselves to be intimated, whether that’s by superiors, challenging situations or fancy names on an agency door. The reality is that this is a tough industry for women, and it’s easy to become silenced or muted along the way. Our voices and points of view are our most powerful assets, but they also need to be nurtured and exercised as we rise through the ranks. I won’t claim that acting fearless is easy—it’s certainly something I still work on every day. But I also think that my pursuit of fearlessness has helped me grow the most. So, I would tell young women creatives to become OK with setting uncomfortably high goals for themselves and to go after the opportunities that scare them the most. They just might find that those lofty goals aren’t as out of reach as they may seem. I’ll end with a quote by Joseph Campbell I reflect on a lot: “As you go the way of life, you will see a great chasm. Jump. It is not as wide as you think.”

Aisha Hakim is currently an associate creative director at Preacher in Austin, Texas. She is a self-taught art director and designer who has been named by Business Insider as one of the 30 most creative women in advertising and by the One Club for Creativity and the 3% Movement as one of the Next Creative Leaders. Previously, Hakim was at Venables Bell & Partners in San Francisco, where she created compelling, narrative-driven films for brands such as Audi, Reebok and 3M. She also founded Fellow, the industry’s first professional community for women, and is in the process of writing The Hack’s Guide to Building Your Portfolio, a definitive guide on how to build an advertising portfolio that lands jobs. 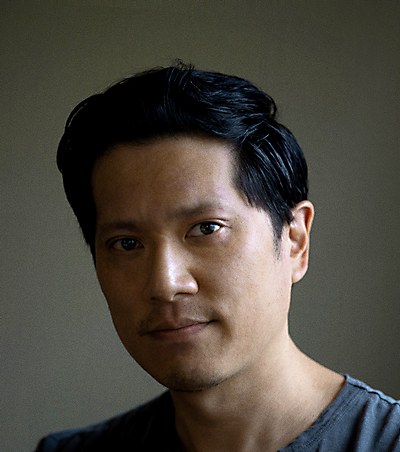 Columns / Insights
Conjuring the Impossible
Director Warren Fu invites audiences to take a peek into the extraordinary worlds of his imagination. 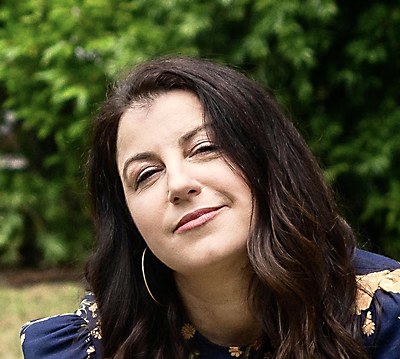