How did you get started in advertising? My high school had a career day event, and I thought it was so cool that you could get a job just thinking up funny ideas. Then, in college, I interned at an agency that had the regional McDonald’s business. One of my first tasks was driving Ronald McDonald around to give self-esteem talks to elementary school kids. His shoes were too big to drive. He also cussed a lot. And maybe was drunk.

What was the inspiration behind the 12-Hour Drive-Thru for Popeyes? It all started with the truth, which is that Popeyes really does marinate its chicken that long. That’s why it’s so good. The brand had been telling people that for years on TV, but it never stuck. We had to tell that story in a bigger and better way. The fact that people actually drove twelve hours to get our food showed how much people love that chicken.

Which brands have found their voices on social media? A lot of brands are still struggling with the role of social media and are getting left behind, but there are some great ones that get it right. I love MoonPie (@MoonPie) on Twitter partly because we’re both from Tennessee, but mainly because they don’t overthink it. It’s a marshmallow cookie—it should be stupid and fun. GoPro (@GoPro) does an awesome job on Instagram because it’s basically one big, amazing product demo. They are another example of a brand understanding who their audience is and not complicating everything with “advertising.” As far as Snapchat goes, I think Hollywood may be outperforming traditional brands to market the latest blockbusters. Like the platform itself, it’s quick, disposable content that you’ll enjoy for a brief moment before you’re on to the next thing.

What are the challenges of creating a Super Bowl campaign? No matter what you make, you have to entertain and be memorable. People don’t seek out advertising except when it comes to the Super Bowl. Having 200 million eyeballs actually looking forward to the commercials is an opportunity we rarely get, and I’ve been lucky enough to work on a bunch of them.

The RadioShack ad was a Hail Mary for the brand that helped keep them around for longer than anyone thought. It actually helped raise their stock prices. They were willing to spend some money, and because of that, I got to spend three days around the craft service table with Hulk Hogan, Mary Lou Retton and ALF.

The Avocados From Mexico campaign was the exact opposite. They were looking to make a name for themselves and establish themselves as a brand. Their budget was much smaller than most Super Bowl ads, so we needed to establish a tone and voice that made them stand out. Totally different projects, but they both needed the same result: to be loved and talked about.

Take on the bad brief.”

What was your riskiest professional decision? A couple of times in my career, I’ve chosen to work on something that “had the potential to be great” over something that clearly was “already great.” Both of those decisions freaked me out. It’s the bird-in-hand scenario. Do I take a job on the hot account that can do no wrong and gets PR for sneezing? Or do I take a job with the less-sexy account and turn it into something great? Ultimately, I think creatives are happier when they can help shape something from the ground up versus inheriting someone else’s hard work.

How would you define F&O advertising, and why is it important? First & Only advertising has been a platform at GSD&M for a while. If you want to have people notice you in the sea of content out there, you better be the first brand to do something, or you better be the only brand that can do it.

Popeyes is a great example of this. Emotional Support Chicken was a “First” idea because we were the first brand to jump on that trend in pop culture. The 12-Hour Drive-Thru was an “Only” idea because Popeyes is the only fast-food brand that can claim to marinate their chicken that long. Those were both fun campaigns that came at things in distinct ways.

What has been your favorite campaign that you’ve worked on? Launching the Popeyes chicken sandwich has definitely been the craziest thing I’ve seen in my 20-ish years. Two unpaid tweets exploded, and the response was unprecedented. GSD&M actually partnered with Twitter and Popeyes to talk about exactly why and how it all happened.

What led you to write your satirical coffee-table book Celebrity Vinyl? Probably obsessive-compulsive disorder mixed with boredom. I started my celebrity vinyl collection in New York back in the late ’90s just for fun. I own more than 150 of these albums and decided to turn my collection into a coffee-table book when I wasn’t happy with what I was making at work. It was an outlet. The fact that it actually got made and ended up in stores like Urban Outfitters is ridiculous. I made like $47.

What skills do creatives need to succeed in advertising today? The classics never die. Raise your hand. Take on the bad brief. Do extra. Be nice.

Tom Hamling is a writer, author and maker-of-things from Nashville, Tennessee. Currently, he is an SVP/group creative director at GSD&M, where he runs business for Avocados From Mexico, Hilton Hotels and Popeyes, to name a few. Prior to GSD&M, he was vice president and creative director at RPA in Los Angeles, California, where he led work for Farmers Insurance. In 2007, Hamling wrote his first book, entitled Celebrity Vinyl, a coffee-table book based on his collection of albums recorded by famous actors, actresses and athletes. Hamling’s work has been recognized at the Cannes Lions, the Obie Awards and the Webby Awards, and has also been featured in Communication Arts, the New York Times and the Guinness Book of World Records.

Columns / Typography
Fonts At Risk
Allan Haley reports on how classic typefaces are maintaining their value. 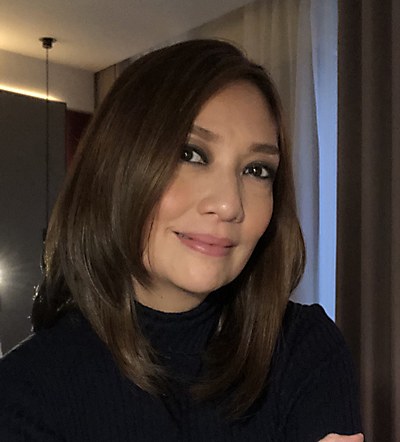 Columns / Insights
Ora et Labora
Merlee Cruz-Jayme recalls how a life of “work and pray” in a convent has helped her become an advertising leader. 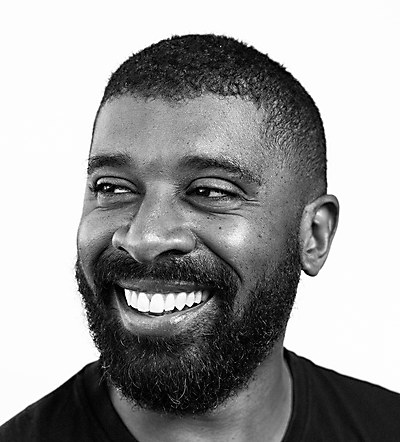