From fantasy book series to video games, Erin Hoffman-John crafts stories both on the page and off.

How did you find your passion for game design and learn the necessary skills? I started out with play-by-email role-playing on America Online as a teenager in the mid-’90s and decided to create my own group. This involved what I now recognize as game design—world creation, rules creation and community management. One of my players introduced me to a text-based game called GemStone, made by game development company Simutronics. I didn’t like GemStone, but I did get enthralled by a spin-off called DragonRealms. I played enough of that game to more or less master it, though I never level capped, and was then hired as an assistant game designer—a common thing with online games at the time was to pull from the player base for new hires. This was mostly a hobby, but I did it throughout college, and it allowed me to have a slow, steady, project-oriented apprenticeship in game development.

How does fiction writing feed the work you do as a game designer? Storytellers have different language for what we understand to be engagement structures in user experience. These structures have their roots in human psychology and so translate across disciplines. Most of it is subconscious, but when you have strong training in storytelling—whether through apprenticeship or formal instruction—you develop instincts for the kinds of things that generate drama, surprise, intrigue and wonder. Things like foreshadowing and reversal have direct analogues in game design because they are “deep psychology”—and because human beings experience life as a linear story, even if they are engaging with a machine or system. Fiction and storytelling help me stay grounded in the player’s moment-to-moment experience and in things like the deeper themes, the core psychology of what will draw a person to a kind of experience.

What conversations would you like to see the game industry having? I would like to hear more about how to create games for people who aren’t currently part of the game-playing community. The industry itself has been in an inward-turning cycle. What usually happens is the market wants to fund things it thinks already work, which usually means making more games for people who already play a lot of games. I’m interested in the makers of games pushing outward against that and broadening the field, bringing in more kinds of players. There are so many things we haven’t made games about yet, and so many people who could be making games if we would bring them in.


There are so many things we haven’t made games about yet, and so many people who could be making games if we would bring them in.”

What monetization models are gaining popularity in the game industry? The industry is very large, and the monetization models vary depending on what subset you’re thinking about. I do think there has been a growing realization that just selling $40 or $60 of software and calling it a day is no longer enough in the most commercial parts of the industry. Downloadable content extensions have been part of that reality for quite a while, and free-to-play is maturing into more dedicated player bases, where vanity add-ons and seasonal content yield a greater long-term profit than the single sale.

I will say that I think a lot of the way we think about this is very antiplayer—the notion of “monetization” itself suggests that “monetizing” is something that happens to a player, which is fairly antihuman, and we talk about “lifetime value” rather than giving continual value to a player such that they want to buy things from us. “Monetization” as a field in games is still immature philosophically.

How is the rise of streaming impacting the industry? Streaming is having a dramatic effect, and the way it is yielding new avenues for experience design is very delightful to me. I’m an introvert and an “active” media type, so neither the performer/streamer role or the audience is something I naturally connect with, but I definitely understand them as new roles in the space of massively multiplayer archetypes, which is exciting. Similar dynamics emerge in massively multiplayer online games (MMOs)—emergent communities, dynamic influence and rapid information transfer. I love that stuff, and streaming in a way turns every game into an MMO at least in terms of creating communities and repeat engagement.

What is the most exciting game world you’ve experienced recently? This is quite a while ago now, but the thing that leaps to mind is still Pokémon Go, only because of the way it so effectively created another world on top of our own and the way it galvanized a new generation toward an IP I quite like. I like this question because I read fiction and play games primarily for their worlds—I’m fond of new ones. In more recent games, I will say I’m consistently fond of the worlds created by video game developer Lucas Pope, who recently released his second solo game, Return of the Obra Dinn. I don’t necessarily want to live in those worlds, but I greatly admire their execution and uniqueness.

What excites you about storytelling today? Storytelling and games have never been so blended as they are today. The rise of successful visual novel and choice-based story games on mobile is very exciting to me because it’s among my favorite game style—text-based, language-based—and it seems to be really finding a market. These things tend to wax and wane, but if there becomes a large, sustainable market for that kind of game, it will be very exciting for storytellers, especially given the decline of the paper book market. I only wish I had less screen fatigue. I find myself reading older books for that reason, and also for fiction study.

What advice do you have for a game designer who’s just starting out? Make small games, finish them and publish them. A completed board game that you play with your friends, with an eye for how to make it better, is worth ten 100-page design documents—but do not ever write a 100-page design document. This is in some ways enormously hypocritical of me to say because I don’t make board games, but I had the advantage of a creation space with players that I’m not sure exists anymore. I would also say to cultivate critical thinking about games. Read scholarly work about games—Caillois, Huizinga, Bogost, Flanagan—as well as the practical—Fullerton, Schell, Koster. Take it slow. It’s hard work, but it’s worth it.

Erin Hoffman-John is a game designer, author and speaker. She is currently a lead prototyper and game designer at Google on unannounced projects, and creative lead at Sense of Wonder, an independent maker of digital games with a social good mission. Hoffman-John began her design career as an assistant worldbuilder for Simutronics on DragonRealms in 1999. More recently, she led design at GlassLab, a three-year project funded by the Bill & Melinda Gates Foundation and the MacArthur Foundation with the mission of bringing AAA development to educational games, and pioneering real-time game data analysis for learning. After GlassLab, she was an assistant professor at Carnegie Mellon University in the Entertainment Technology Center program. Select game credits include Kung Fu Panda World, SimCity EDU, Mars Generation One and Doki-Doki Universe. She is also an author of science fiction, fantasy and nonfiction, with the Chaos Knight fantasy series published by Pyr, and short fiction, nonfiction and poetry at an assortment of other markets. 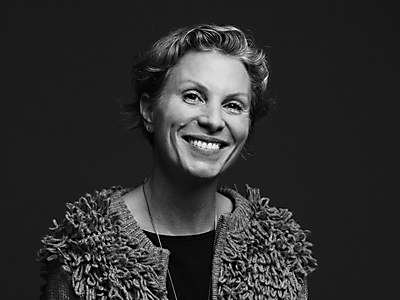 Columns / Advertising
The Last Creative
Ernie Schenck warns against a future where creativity has been replaced by technology. 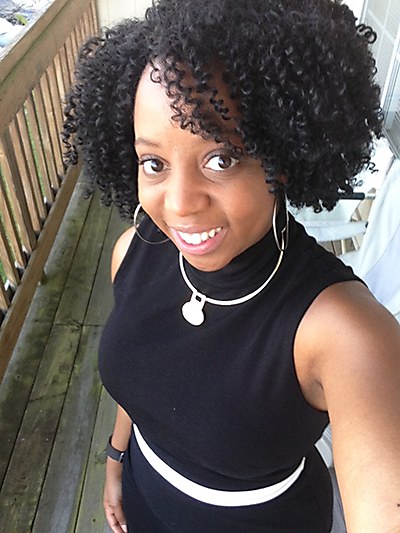