By Kat Holmes
You studied materials science engineering at the University of California at Berkeley. What drew you to design? I grew up in Oakland, surrounded by amazing resources for art and science. The more I drew and painted, the more I also learned about biology and physics. In my mind, these fields are blurred together.

Materials science ended up being a great gateway into design. It’s about trying to get to the source of why a material behaves the way it does. I learned to scale my thinking back and forth between small details and large complex systems in order to make something purposeful for people.

I think creativity is about making something real in the world, regardless of medium or discipline. Design is a specific approach to problem-solving in the service of people. I’m drawn to work that brings together all these elements to make technology that is both useful and meaningful.

How did you learn the necessary skills to become a user experience designer? There are so many different definitions of UX. There really isn’t one skill set. My first UX job was to make an oscilloscope [an electronic instrument that measures voltages] more intuitive. I learned a lot about buttons, knobs and cables.

A decade later, there are three skills that are critical to my career in design. First is a working knowledge of what it takes to ship a product, from start to finish. The only way to get this skill is to walk through the fire a few times. With every product, I learned something new.

The second skill is design thinking. There are a lot of great resources available for design thinking, but there’s no single definitive source on the subject. My favorite way to learn it is through collaborations with designers from other industries.

What did you discover about design through the process of developing Cortana? It takes a village! Literally—hundreds of people! The team worked together as a family to bring Cortana to life. For my part, I learned the importance of the social and emotional aspects of a design beyond functional requirements.

We set out to make Cortana truly personal, not just customized. We conducted extensive research on what a customer might want Cortana to do. But the “a-ha” moment was when we reframed our design process to focus on how Cortana should behave. We learned by observing real personal assistants and modeled Cortana based on their behavior and techniques. We learned that trust is essential. But trust isn’t a button you slap on a screen. It’s an emotional relationship that comes from building transparency, familiarity and value over time. These became key goals for designing Cortana.

What inspired you to create the documentary film Captivated by Her? Quite simply, the film Her inspired me to imagine a future worth making, one that put human beings in the lead of technology. If technology would work hard to fit to people, not the other way around, what would be possible?

We were in the final development stages of Cortana when we saw the trailer for Her. I cold-called Warner Bros., and they invited us to prescreen the film. I was deeply moved by the film and obsessed over it for weeks. It’s an amazing love story. But it also has many layers that allow individual viewers to reflect on their own experiences. I was inspired to connect the film to the work we do for operating systems at Microsoft.

So we made a pitch to Spike Jonze: How can human emotions and connections inspire new interactions with technology? When people interact face-to-face, they’re driven by emotional, cognitive and social desires. Yet most technology is still incredibly visual, literal and confined to a single screen. Our proposal was to work with top interaction design students to explore what’s possible.

Through the making of the film, what did you learn about how human emotion can influence our interactions with technology? We learned that technology has a lot to learn from people. Two key areas are emotional reaction and emotional connection.

When two human beings interact, they usually share a very keen sense of what’s emotionally, socially and physically appropriate. However, most product experiences today have a pretty low EQ [emotional intelligence] and poor social skills. Human interaction can be a strong model for improving how technology responds to people.

As designers and toolmakers, we have a responsibility to better understand how people develop relationships with technology. Our choices lead to very real emotional, social and physical impacts on people’s lives.

How has documentary filmmaking influenced your understanding of user experience design? For our team, the filmmaking process reinforces that design is a journey, not a destination. We start with an intent, but the full story often doesn’t emerge until late in the process. It requires research, immersion and spending time with people. We’re curious about what we don’t know and open to taking unexpected directions.

Documentaries don’t belong to the filmmakers, but to the audience and its reaction. We can’t prescribe a particular experience. Interaction design is similar—you can frame the story and set the stage and design interactions, but the experience belongs to the customer. We can set up the environment, create ways to interact and brand it with an aesthetic. But we also need to create openness and leave room for interpretation. We must listen closely to how people interact with what we’ve created.

How has your study of human behavior influenced the way you design technology? It made us take a step back and look at how we design, including our techniques and practices. Human beings have been at the center of the design process for a long time. A traditional UX design approach emphasizes simplification. People are simplified to personas. Their goals are simplified into scenarios and discrete tasks. These techniques made sense when a person completed a specific task one-on-one with a single computer.

What we need now are consistent ways to reintroduce human diversity back into our designs. Today, we interact with computing in a dozen different ways, across a dozen different environments every day. A single design change reaches millions of people, and they each have their own goals, circumstances and limitations. How can we accommodate this reality in our design process?

So we’re working to shift our design approach from “user-centric” to “human-led,” one that’s inclusive of the things that make us human—our motivations, our relationships, our capabilities—and that, at the same time, creates an experience that’s tailored to each unique person. We’re just starting the journey. It starts with better ways of understanding and representing people throughout our design process.

A modern Renaissance woman, Kat Holmes fuses the fields of visual arts, psychology, materials science, filmmaking and interaction design. She works as a principal designer at Microsoft, but this tidy title hardly begins to describe the complexity of her research and accomplishments. More accurately, Holmes works as a technoethnographer, probing humans’ relationships with their screens and gadgets to make emotionally intuitive technology that works for people, instead of vice versa. She leads next-generation design work on Windows and Xbox, most recently focusing on the Windows Phone personal assistant Cortana. Outside work, she collaborated with Warner Bros. and VICE Media’s online magazine, Motherboard, to create Captivated by Her, a two-part documentary inspired by the Spike Jonze film Her. The documentary follows workshops with students, artists and innovators to explore how interactions between humans and technology might be made more emotionally intelligent. 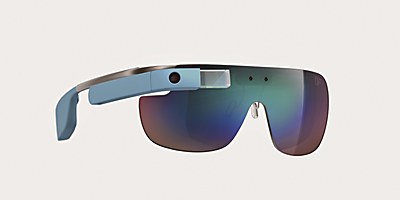 Columns / Emerging Media
Wherefore Wearables
Sam McMillan reports on the coming wave of wearables and how interface designers should prepare. 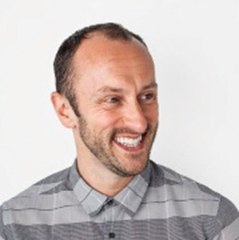 Columns / Insights
Mapping the Future
Dan Machen shares how to use technology to depart from business as usual. 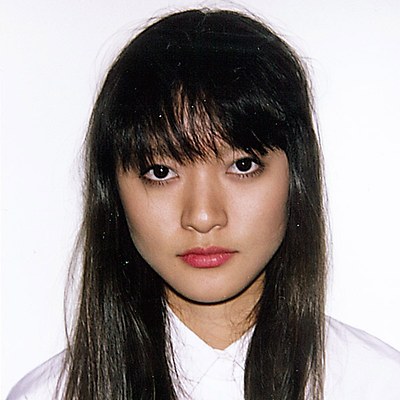