The Potential of Emoji

How did you get your first job in the type field? In the winter of 2004, P22 Type Foundry offered me a three-month internship to help convert its newly acquired Lanston Type Collection from PostScript fonts to the OpenType format. Even though I had very little design background at the time, P22 selected me for the program because I had taught myself how to use the relevant font editing software and implement OpenType feature programming. At the end of that brief stint, I was offered a full-time gig to continue to help build out its library and continue the work of converting its fonts to the latest font format. I stayed with P22 for three years, continuing to hone my type design and font programming skills during my time there, until I decided to take my career to the next level by pursing an MA in typeface design.

What has been your favorite project to work on since joining Adobe as a typeface designer and font developer? The most rewarding work that I have done while at Adobe has centered around trying to provide better communication tools for underserved communities. Some of this work has included managing projects to add new typographic families to the Adobe Fonts library for the languages of India, and adding support for Na-Dené languages to the popular Source Sans family. My work on these projects has been a labor of love to honor these cultures.

However, my favorite work that I have done at Adobe has been around advocating for more inclusive gender representation within the emoji communication system. As a queer person, I found masculine and feminine gender representations to be too limiting to represent the full range of gender presentation with emoji. I have tried to champion representation for anyone who chooses not to be defined by masculine or feminine stereotypes with the creation of gender-inclusive emoji. My research into gender for this project helped me to better understand my own relationship to gender and realize that we still have a long way to go toward better understanding the roles gender narratives play in society. My hope is that the work I have done on this project will help further the discussion and our understanding of gender both now and in the future.

What interested you about joining the Unicode Emoji Subcommittee (ESC)? When I first got involved with the ESC, I thought that it would be fun and interesting to be involved in the internal Unicode process that guides the development of the emoji system. I had some early successes with the adoption of my proposals for the orange heart emoji and three gender-inclusive emoji—child, adult and older adult. For a while, I was helping to provide sample black-and-white artwork in the form of fonts for use in Unicode documentation, but more recently I have been focused on type design projects.

What are the advantages and possibilities of the ESC? Perhaps the greatest advantage is the opportunity to assist in guiding the development of one of the most fascinating communication systems that is evolving right at our fingertips. The members of the ESC oversee a writing system born of the digital age—a very exciting opportunity with great potential. Right now, it is intriguing for me as someone interested in linguistics and communication to see if the ESC will be able to be responsive enough to allow for emoji to develop into a new, global language. Currently, I believe there would have to be much more flexibility as part of its developmental process for this to happen. However, emoji is still just emerging as a system, and who knows what it might become in the future? Perhaps after several iterations, it will develop into a system of new worldwide hieroglyphs. I can’t say, but I like to imagine that it has the potential to bring people together in this way.


Emoji is still just emerging as a system, and who knows what it might become in the future?”

Of the 230 new emoji that were approved for release in 2019, which stand out to you? Personally, I am always most interested in emoji that enable conversations about important topics and draw awareness to areas of life where social change is needed. Of the current set, the one with the greatest transformative potential may be the drop of blood emoji, which can be used to draw attention to discrimination against women due to menstruation. Hopefully this emoji can successfully be used to reduce stigma and normalize a natural bodily process that is such a defining life experience for women, despite the approved iconography being rather abstract. As someone who has always been in love with Indian culture, I’m glad to see more emoji that celebrate India: the Hindu temple; the sari; the auto rickshaw; and the diya lamp, an important part of Diwali celebrations. The emoji for accessibility are also important additions that address the experiences of people with disabilities.

What are the most exciting trends you’ve seen in the emoji proposals that have been submitted in the past few years? One trend that I am happy to notice is that the set of emoji characters seems to be becoming more multicultural as it expands. Many of these new characters can be attributed to Emojination’s great advocacy efforts for emoji that are representative of more people and more cultures. I am hopeful that this trend toward representing the experiences of people beyond the developed world continues with future updates to Unicode.

Please describe the unique design considerations for emoji. As best as I am aware, the main considerations for successfully designing emoji are that they should have a simple, iconic form that will scale well to small text sizes on screen in color. Ideally, emoji representations should also be easily distinguishable from other preexisting emoji concepts.

What challenges must be overcome in order for more emoji fonts or sets to be developed? Perhaps the biggest challenge for developing a set of emoji is the extremely large number of emoji (3,053) that comprise the full Unicode emoji list. One project I am currently working on is to carve the larger set into more manageable chunks to provide some guidance for font developers who are interested in creating their own emoji, but may find tackling the complete set daunting. Other factors that may contribute to the small number of emoji sets currently available likely include the necessity for multiple formats of color artwork and font formats needed to support various operating systems, a lack of strong instructional materials providing best practices for developing emoji fonts, and the perceived time commitment for making resources for an ever-expanding set of emoji.

What’s the best use of emoji by a brand that you’ve seen, and what do you like about it? As a child of the ’80s, I still find the original Docomo emoji set the most iconic, timeless and charming. I just love the graphic simplicity of the bitmap artwork designed by emoji’s creator, Shigetaka Kurita (栗田穣崇). In some ways, I wish that the emoji system would have remained more iconic and less hyperspecific and realistic as seems to be the current trend. Kurita originally intended emoji to work as icons and less as pictures, but we have now strayed quite far from that intent. Otherwise, I do like Facebook’s current custom emoji set and find that it strikes a good stylistic balance between the concrete and abstraction.

Which emoji do you use most often? 😘 because I’m forever throwing kisses. I use a lot of emoji when communicating with friends and loved ones. My understanding is that one of the primary roles emoji play in a digital dialogue is as a form of emotional glue that helps keep the friendly tone of a virtual conversation, which can otherwise be lost in text, intact. This empathetic usage is what is called the phatic function of language. For me, the kissing face emoji is a reminder that I care for the person with whom I am texting, and that, despite our differences or disagreements, I love and support them.

Paul D. Hunt is a typeface designer, font developer and emoji expert currently residing in Melbourne, Australia. Their work in the field of typeface design focuses on providing more advanced and expanded typographic alternatives for multicultural typography and design. They have designed typefaces for Latin, Greek, Cyrillic, Devanagari and Gurmukhi writing systems. They have used their role as one of Adobe’s representatives to Unicode to advocate for better gender-inclusive representation in emoji. Currently, they are working on developing open-source resources for emoji font projects and creating a fully gender-inclusive set of emoji. 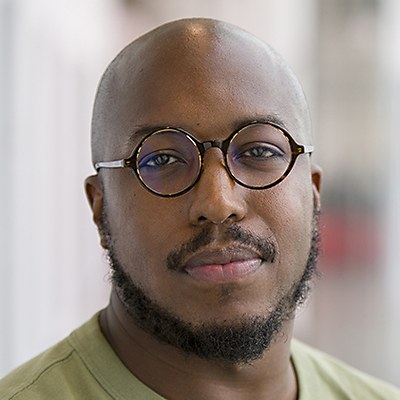 Columns / Insights
An Incomplete Design History
Jerome Harris shares the power of dictating your own information overload as a designer. 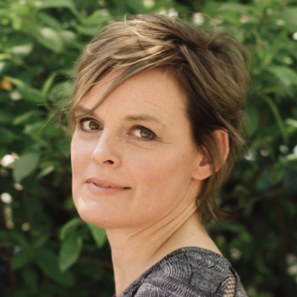