I Miss the Lunatics

Ernie Schenck asks, where has all the passion gone?

I miss the lunatics. I miss the whack jobs and the incendiaries, all full of passion and madness, wild-eyed, hearts on fire, willing to fall on their swords for an idea. I miss the art director I once knew who threw a cigar at a client.

I miss the yellers and the screamers. The immature, belligerent little bastards who refused to let mediocrity suck them down into the cage of mediocrity.

I don’t know George Lois but I think about him. What a wild man he must have been in the early years. What a nut case. What a Claymore mine just begging you to trip his wire. Go ahead. Just pull my chain. I dare you. What a genius.

I love the stuff that’s going on now. Never before have creatives had such a massive canvas to work with. There is so much possibility. So many dots to connect. It’s huge. It’s enormous.

The smartest guy in the room? Doesn’t exist anymore. You know why? Because every guy in the room is just so damn smart. MIT Ad Lab guys. UX wizards. The Twitterati and the digerati and the experiencerati. So smart. So brilliant. So cool, calm and collected.

But where are the hot heads? Where are the tortured and the agitated? The bulls in the china shop. Are you out there? Do you exist anymore? Because I sure as hell haven’t seen too many of you around lately.

In our rush to collaboration, I wonder if we’ve lost something along the way. For so long, so few of us had ownership of the process. The client paid for the work, but we owned it. It was ours. And when something is yours, you care about it. You protect it. And woe to the sorry soul who tries to deface it or harm it in any way.

As I write this, millions of disenfranchised Iranians are taking to the streets to protest what they believe is a sham election. Millions. Standing up, risking their lives, for an idea. This is the passion of crowds. Put a creative idea in the hands of a far smaller mob of smart, talented people and passion goes AWOL.

Psychologist Jeremy Dean puts it this way: “Groups only rarely foment great ideas because people in them are power-fully shaped by group norms, the unwritten rules that describe how individuals in a group ‘are’ and how they ‘ought’ to behave.”

Maybe it's like Dash, the little kid in The Incredibles, when his mom tells him that everyone’s special and he says, “That's like saying nobody is.” If everyone owns the idea, then no one owns it. And where there’s no ownership, there can be no passion.

Just for once, I’d like to see fury make a comeback. I’d like to see pyrotechnics in the conference room. Fireworks and explosions and loud bangs. God almighty, people, doesn't anyone fight for creativity anymore?

Tony Kaye was arguably one of the most volatile, egotistical, abusive directors ever to set foot in advertising. Most people I know who’ve worked with Tony have nothing but, well, not-so-wonderful things to say about the experience. Me? I loved him. Adored the guy. (Although I have to say, when he asked that his name be removed from the credits of American History X, even I had to shake my head. Brilliant career move? Probably not. Explosive display of passion for the work? Absolutely.)

If nothing else, the Tony episode taught me something about the choices we all make all the time between career and craft. It's not easy.

In his recent Ad Age piece, Bart Cleveland recalled something Steve Hayden said about his old boss. “The night before we presented the storyboard for ‘1984,’ Jay [Chiat] was on a tear. He didn’t think anything we had in the room—including ‘1984’—was good enough, new enough, smart enough, beautiful enough. He was upset. He was brutal. He wanted to cancel the meeting.”

As Bart explained, “Chiat’s passion for the work was not influenced by what was going on in the world around him. He wasn’t going to do mediocre work because there was a recession going on. In his mind, it was every ad maker’s duty to serve the client by breaking the mold. To fail was inexcusable.”

No, we don’t need creatives throwing cigars at clients. We don’t need art directors threatening to jump out 35th floor windows if their Webisodes don't sell. But every once in a while, when the work is about to get its throat cut, it wouldn’t hurt if we stood up and said, no you’re wrong, you’re wrong wrong wrong. This is great. This will work. I believe it. I want you to believe it.

How very reaffirming that would be. How very Tony. How very Jay. ca 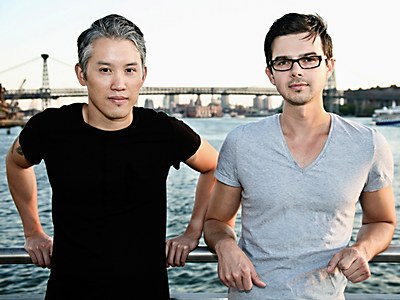 Columns / Insights
A Constant Volley of BS Checks
Allen Yee and Cyril Tsiboulski discuss the beauty of compelling narratives, the abysmal graphics and copy of mta.org and the importance of passion. 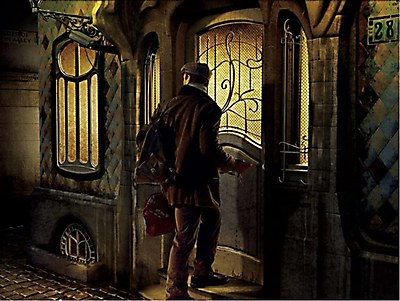 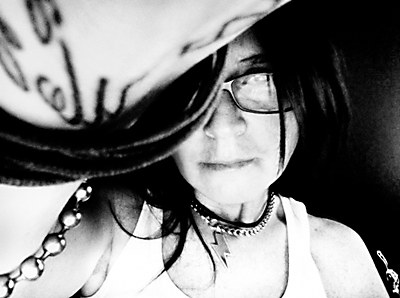