By Wendy MacNaughton
How did you get started in illustration? I’ve always drawn, but when I went to art school to study fine art and advertising, I (like a lot of art students) quit drawing and started making really bad conceptual art. After I graduated, I worked as a copywriter and campaign strategist, created educational campaigns for elections in East Africa and got a master’s degree in international social work. At that point, I hadn't drawn in about ten years, and I was living in Oakland, commuting to San Francisco on the subway. I started noticing the people around me: they were holding really still, like figure drawing models. I started sketching them, and immediately I was hooked. I made the decision to put drawing at the center of my career. The transition took a ton of hard work, working full time at an ad agency and freelancing at night, but within a few years I’d made the switch.

What personal experiences or circumstances have most influenced your work or style? My social work training had a huge impact. The field is focused on understanding people through systems—family, race, class, politics, social structures—and through personal narratives, or storytelling. That is how I understand the world and the place from which I create. I make a lot of diagrams and charts, systems to make complex structures and relationships approachable and human.

What is the strangest assignment you’ve ever received? I did a piece about a Sumo wrestler’s daily dietary intake, which, though not that strange, was quite shocking.

What would be your dream assignment? My book Meanwhile in San Francisco was one. I got to tell the fascinating stories of the city that are often overlooked, about the old swimmers at the Dolphin Club, or the people working at the library, or dog walkers, or bison. The first story I did was on chess players on the sidewalk in downtown San Francisco. I’d always been curious about them so I started hanging out with them, drawing. I was a little scared at first. The guys could get a little hot-headed. But after a few days they got used to seeing me and we established a good rapport. I learned a great deal about their lives and what chess means to them. It was so much more than I expected.

How did you develop a journalistic approach to illustration? When I was drawing on the subway, I would write little captions for my pictures of people, making guesses about who they were, where they were going and what they were feeling. I was basically projecting my own thoughts onto them, but I decided I wanted to tell true stories and give people an opportunity to speak for themselves. So I started to hang out with my subjects, spending anywhere from a week to a month with them, drawing and writing down everything they said. I call the stories illustrated documentaries because they are heavily edited and don’t adhere to the rules of journalism, but the process is journalistic.

What can you accomplish with illustrated journalism that you might not be able to do with text? A journalistic text may tell a deep story, but it won’t capture and hold attention the way a strong image will. That’s why photojournalism exists—it captures the emotion of the moment in the story. But unlike photojournalism, illustration slows people down and shows the subjective human interpretation involved in creating the image; the process of observation, reflection and creation. That really matters now, when we are bombarded with so much visual information online.

What is your biggest challenge as an illustrator? As my work has become more in demand, my job is no longer 90 percent drawing. It’s now more like 50 percent drawing and 50 percent promotion, publicity, paperwork and e-mails, e-mails, e-mails. It’s hard for me to switch gears between drawing and business, but with less time to draw, it’s all the more important to be able to make that switch quickly.

What excites you about illustration right now? There hasn’t been a better time to be an illustrator since before the camera was invented. The definition of illustration has become so wide, the mediums so limitless and the platforms so varied. Illustration is no longer just about putting pictures to other people’s words, it’s an art form in its own right. Instead of working exclusively with art directors, I am working with editors and creative directors. Instead of just being on the front of cards or on fabric, illustration is on gallery walls. This represents a big perceptual shift both inside and outside the field.

Do you have any advice for people just entering the profession? You will get known for what you put out in the world, so whatever you love to do or want to do in the future, do it now, and get it out the door and online for people to see. But be responsible—illustrators have the power to woo. Do not take that lightly. Everything we create influences people.

Wendy MacNaughton is an illustrator and graphic journalist whose work appears in the New York Times, the Wall Street Journal and Print magazine. MacNaughton’s books include Meanwhile in San Francisco: The City in its Own Words; Lost Cat: A True Story of Love, Desperation and GPS Technology and The Essential Scratch & Sniff Guide to Becoming A Wine Expert. Her forthcoming book Pen & Ink: Tattoos and The Stories Behind Them will be released in October from Bloomsbury. MacNaughton is a contributor to Pop-Up Magazine and a collaborator at Brain Pickings. She lives in San Francisco, California with her partner, writer Caroline Paul. 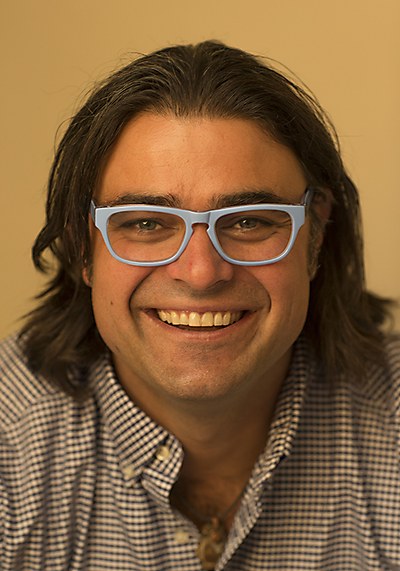 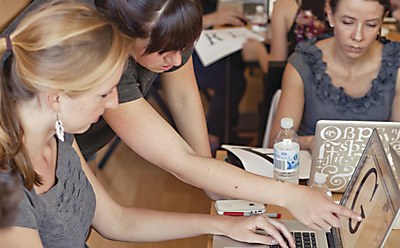