Illustrator Chris Philpot reveals how he infuses his "weird infographics" with just the right amount of tactful humor.

How did you transition from being an art director to a full-time freelance illustrator? I went about the transition in an intentional way. For years, I spent weekends and evenings doing extra work. Eventually, I got a great opportunity to become an art director at Outside magazine, where I could freelance in the downtime of the magazine cycle. Then in 2009, I was one of the casualties of the recession. But by that point, because I had been working for a year and a half at Outside while doing heavy loads of freelance work, I could transition right into creating illustrations full time. I’ve been freelance illustrating full time for the past five years now.

How did you develop your consistent style of illustration? Part of it was that I kept getting art directed back to a certain look and feel, which can loosely be described as “technical illustration.” Within magazine circles it is sometimes described as “airline safety card style.” It is a staple of many magazines who run how-to articles and need to bring clarity and levity to step-by-step articles.

I also needed a process that allowed me to work really quickly. For example, I switched from referencing photography to 3-D models because it’s easier to tweak a 3-D model than it is to set up photo shoots. I eliminated the things that were inefficient, and the more consistent my work process became, the more work I attracted. If you can illustrate with consistency, you’ll have more appeal with art directors who will have confidence that they know exactly what they’re going to get—on time.

Illustrators sometimes bristle at the idea of creating a style, but, speaking as a former art director, it shouldn’t pigeonhole you into a certain way of drawing. Art directors must get all their bosses and clients to sign off on an expectation of a deliverable, which includes your illustration. It’s a problem if an art director receives an unexpected illustration close to the editorial deadline.


Which other illustrators inspire you? Brad Holland and Marshall Arisman inspired me at the beginning of my career through their dark and visceral work. Anita Kunz also influenced me through her beautifully rendered, playful and intelligent portraits. I’ve always loved the work of Ralph Steadman, as he has the energy of Jackson Pollock coupled with the wit and charm of the best cartoonists. I also enjoy Lane Smith’s surreal character designs and lush textures, Dugald Stermer’s beautiful technical nature illustrations and both Tim Burton and Joe Sorren for their dark and beautiful art. I was also really influenced by the laugh-out-loud work of Berkeley Breathed of Bloom County and Gary Larson of The Far Side. A lot of the humor that naturally shows up in my work is because I read so many Far Side cartoons.

Larson’s cartoons were so esoteric, unlike any of the conventional newspaper strips. In his book The PreHistory of the Far Side, Larson went into detail about why some of his comics got rejected. It was an incredible window into the process of a creator who is constantly at the edge of what the editors are willing to publish. You see when his cartoons went over the line versus when they were just irreverent enough to be in the sweet spot.

What style of humor works in editorial illustrations? I read a copy editor in another Communication Arts Insights describe her work utilizing tactful humor. Tactful is a great way to put it. Although a clean joke sounds unfunny, a clean joke is only bad if it’s lazy. If you really put the effort into saying it in a novel way, then it is entirely possible to make interesting humor that is also clean. The trick is that you want to be tasteful without being innocuous, because if you’re completely innocuous, what’s the point of even making the work? If you’re not saying anything at all, then you haven’t done your job. You do have to be interesting in a way that is consistent with the brand you’re contributing to.

How do you find the potential for humor in your illustrations? If a story’s dry, then it’s already got the pragmatism and the straight-laced style, so that gives me the freedom to draw something absurd. My illustration can be outlandish because everything else is neutral. The opposite happens when an editor gives me a taboo story, and I’ll put it into a straightlaced style that makes it more acceptable for readers.

For example, I’ve just completed an illustration for Maxim about what to do if you blow your finger off during Fourth of July. A hyperrealistic oil painting or photograph wouldn’t work next to that story, but the format of a safety card illustration makes it into something that’s not too graphic.

Where do you see your career going? Today’s norm is that things are always shifting. Even just within editorial, I’ve done how-to articles, technical illustrations, features that involve a lot of conceptual work, humor pieces and animations. These are completely different categories of work, which speaks to the versatility of this genre. I’ve stopped thinking about things in really rigid categories of “I’m only an editorial illustrator.” So, there could be animation shorts. I’d love to work on children’s books. I also recently collaborated with Esquire editor Ross McCammon on his upcoming book, Works Well with Others.

What advice would you give to a young illustrator? I didn’t do illustration full time initially because a lot of people said that it was too competitive, that there wasn’t a lot of money in it. This was all completely rational, well-meaning advice. But if you’re inclined to compromise with the people around you, you may not have the audacity to do what you’re best at, even if it doesn’t make much sense on paper. People need to trust their own instincts to go places that only they envision. Then, really push your strengths. At the end of the day, you’re going to be hired to do the thing that you do better than anyone else.

Chris Philpot makes a living creating “weird infographics.” His editorial illustration clients include the Atlantic, Esquire, Entrepreneur and WIRED, among others. His work has also appeared in books, advertising campaigns and animations as well as on T-shirts and, once, on the side of a large truck. Prior to full-time illustration, Philpot spent ten years as an editorial designer and art director for American Airlines’ and Southwest Airlines’ in-flight magazines before moving to Outside magazine. He received his BFA in communication design from the University of North Texas in 1997. He currently practices illustration in his home in Santa Fe, New Mexico, where he lives with his wife, three daughters and their dog, Mozart. He’s a proud member of Design-Corps of Santa Fe and AIGA New Mexico. 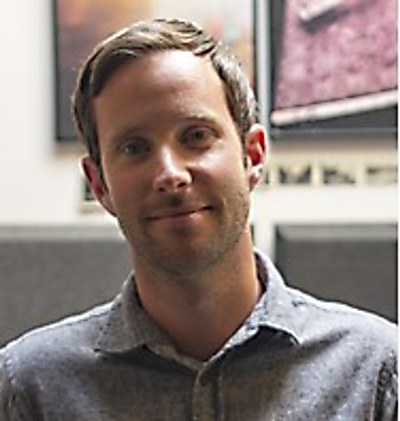 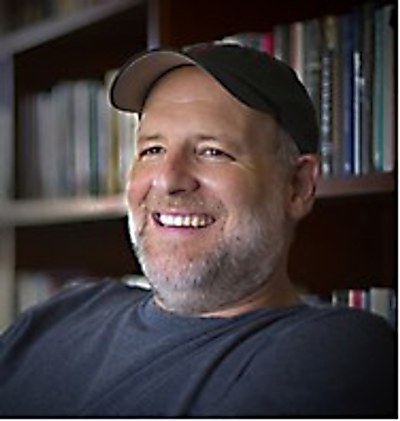 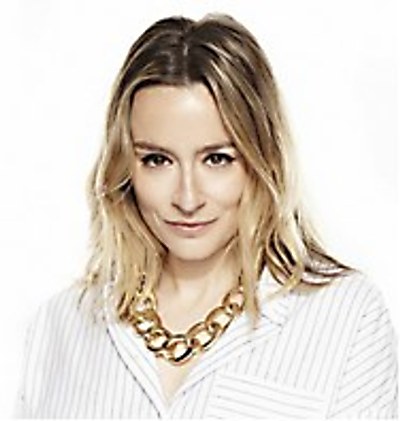