A glittering mermaid languishes in a sea of 10,000 plastic bottles. Alien life-forms twist and morph in blue-lit spirals of smoke. A bejeweled blonde queen in a majestic snow palace reads from a gilt-edged tome with monkeys at her shoulders and feet.

But, given the increasing democratization and sophistication of computer-generated imagery and photo-editing tools, why work this way? Reasons are as varied as the artists themselves, but there are commonalities: The community that comes from the teamwork required to create in this way, the unscripted surprises and experiments that lead to fresh new ways of working, the sheer excitement that comes in the crafting. All of that, plus the “Is this real or fake?” tension the images create in viewers’ minds, which perhaps captures their attention in a way few visuals in our image-saturated world can anymore. “As work becomes increasingly digital, there’s a real appeal to be doing something tangible and tactile,” says Von Wong. “Creating amazing special effects this way is difficult, but there’s a true appreciation for people who go above and beyond to do things in reality.”

The San Francisco–based photographer says he realized early on in his career that it was a lot more fun to go on an adventure and hang out with people, solving problems together, than to sit alone in front of a computer. And as he moved forward in his career toward activism, projects grew out of those adventurous hangouts. When you consider some of these projects—photographing a cyberqueen in landscapes of 4,100 pounds of electronic waste, or filling the “world’s tallest closet” with 3,000 items of clothing, the amount an average person in the developed world will go through in a lifetime—it’s not surprising that it sometimes takes many months and hundreds of volunteers to create just one of Von Wong’s more elaborate sets and art installations.

Von Wong sees his final photos as a portal. “They create a sense of curiosity that gets people to look closer, asking themselves, ‘What exactly am I looking at? Is this real, or is this fake?’” It’s real. And that’s the hook that leads viewers into a conversation about deeper issues upon which Von Wong’s photos focus: ocean plastics, fast fashion, electronic waste and more. “Everything that I do is rooted in some form of activism,” he says. “So I am constantly asking, ‘How can we tell this story in a way that people actually want to pay attention to it?’ I feel like my photographs are an excuse for people to listen to the larger story.”

Creating amazing special effects this way is difficult, but there’s a true appreciation for people who go above and beyond to do things in reality.” —Benjamin Von Wong

Working manually to tell photographic stories that fire the imagination and break new creative ground is the goal of Chang and Saccenti. Before founding creative and production company Setta Studio in New York City, they came up in the generation that bridged the practical world of the 1980s and 1990s with the digital world of the 2000s and 2010s. “We were maybe some of the last people to learn both ways—working on very high-end, big-budget shoots at the same time that we’ve had our brains warped by the postmillennial digital revolution,” says Chang. The world they like to navigate creatively now is one peopled with digital artists, electronic musicians and performance artists—with a bit of mad science thrown in.

“We are both very interested in the alchemy that happens in the studio,” says Saccenti. “We use the studio almost like its own instrument, creating a laboratory environment where we can bring in different effects from nature or supernature and combine those with lighting, analog equipment, and our interest in science, technology and design to create something new.”

That means a studio full of creatives who are steeped in electronic culture and skilled in projection mapping, lasers or other technologies typically used in underground music settings, but rarely seen on photography sets. As well, “We are always on the lookout for new material, a piece of reflective or transmissive plastic, say, or old optical pieces of equipment from yard sales—things a normal set designer or artistic director wouldn’t think of using,” says Saccenti. Take the device originally designed by their “mad scientist friend” for use in the electronic music scene. “It does basically the opposite of what you usually want to do with photography—it takes an image that is high res and beautiful and demolishes it into small pieces, creating distortion,” Saccenti says. “So, we’ve been running very high-quality images through the grinder of these analog distortion devices and combining the result with superslick images that we shot in-camera. It’s almost an anti-intuitive, but we love the result.”

“It’s just part of our culture to absorb and reject things and then try to create something new,” Chang says. “The world has a lot of tension, digital deconstruction and beauty in it, so we try to reflect that beauty and tension in our art.”

The fantasies that MacKay creates in-camera share that tense-but-beautiful quality. A campaign the Perth, Australia–based photographer shot for jewelry and accessories brand CHRISHABANA is just one example. Set at the Anton Junicic junkyard in Brooklyn and featuring models Dien Kim and Jacopo Olmo, the vibrant manga-themed shoot was all done in-camera. MacKay lit the junkyard with several 10,000-lumen projectors and a rear projection screen, and used a smoke machine for added effect. To create texture, he projected video of fire and computer-generated animations onto the models and set. “I like the idea of doing this rather than actually just using [computer-generated] images as the final image,” he says. Adding challenge? “The junkyard was changing constantly as things were moved around, sold off or brought in, so we had to be flexible and make things up on the spot.” But MacKay loves that flux. “Real objects. Real magic,” he says. And, sometimes, real weird.

When asked to create a self-portrait for a Lavazza calendar, MacKay dreamed up a dog-man theme. “I initially wanted to have a pack of dogs with casts of my head on them, running towards camera like the main scene in The Sound of Music,” he says, “but we could only afford one fiberglass cast.” He worked with Bill Turpin, a prosthetic artist based in London, United Kingdom, who had done prosthetics for several wild editorial projects MacKay shot for 125 magazine, including everything from an exploding head filled with oatmeal and fake blood, to a human heart gone very wrong. Once Turpin completed the cast of MacKay’s head, it would end up on a highly trained Saint Bernard in northern Italy. But when MacKay turned up at the mountains to photograph the dog, he discovered that the face had been cut out of the mask so the dog could see more clearly. “I understood that was better for the dog, but, unfortunately, it looked terrible, and I couldn’t work out a good solution in post,” he says. So, for the shoot, MacKay ended up wearing a collar, special contact lenses and a new prosthetic dog head Turpin made.

if you get a bit of chaos thrown in there, or just something random happening, and you have the technical skills to run with it, that keeps you from getting stuck in a rut.” —Finlay MacKay

Like MacKay, Von Wong and Setta Studio also build sets and use special effects such as light painting, pyrotechnics and prosthetics, which come with a lot of parameters. Since the sets Von Wong creates are also art installations meant to last beyond the shoot, they are perhaps most elaborate. To encourage the world to stop using plastic straws, for example, a ten-foot-tall parting-of-the- plastic-sea “strawpocalypse” sculpture was made from 168,000 of the tiny tubes, with the sponsorship of Starbucks Vietnam and the help of Zero Waste Saigon and hundreds of volunteers. It took six months to gather the used straws and another two weeks to clean and sort them by color, with orange and yellow for the sand; green, blue and black for the base of the wave; white for the froth on top; and transparent for the transition points.

The challenges of such work also come with the blessings of a collaborative community, which is a big part of the attraction. “Collaboration is a superpower,” says Von Wong. “The fact that you’re giving people a place to convene, a place of belonging, a safe space where they can co-create together is transformative. With all the people who have come on my sets, so much manifests as a result of their contributions. There’s a sense of belief that things are possible.”

Creating such an environment is involved for each of these artists. As Chang puts it, “There’s a lot of [research and development] before a shoot; it’s an ongoing thing.” And though they invest a huge amount of time in preplanning, because of the nature of this work, they can still encounter an element of the unexpected during the shoot—something they embrace.

“We’re not afraid of physics,” Saccenti says. “Telling a 3-D artist you want a car to fly over someone’s head means one thing, but that’s completely different on a set. We understand that if you want something for a shoot, that involves people bringing it and loading it and carrying it and rigging it. It really informs a lot of our creative decisions. The unexpected that happens means it’s always a bit of a tightrope, but it’s also a lot more fun. When we put it all together and something starts to happen, and we aren’t quite sure what it’s going to be—that’s where the excitement comes in for us. It’s like going to a rave. I mean, if you knew what was going to happen, would you even go?”

MacKay also sees benefits in the unexpected. “When you’re coming up with something on your own, you’ve just got your point of view, and it can be quite stifling. Whereas if you get a bit of chaos thrown in there, or just something random happening, and you have the technical skills to run with it, that keeps you from getting stuck in a rut.”

In fact, the magic that elevates this work is sometimes borne of “mistakes.” Using the unusual machines they employ over and over again, Setta Studio has figured out what parameters to shoot with to get certain “mistakes” to happen. “So when we go back and do the next project utilizing this technique, we are actually shooting for the mistake,” says Saccenti. The same applies to Setta Studio’s work with light painting. “We’ve been obsessed with it!” says Chang. “One day, we ran a piece of equipment in the studio, and we were like, ‘Wow! This is weird—those mistakes are amazing!’ We use it in the wrong way, though, you know, we don’t do a lot of things the way we’re supposed to, and I think that’s key for how we create.”

“So much of what makes my work interesting is the way a story is crafted,” Von Wong says. “People think of finished artwork as ‘The Story’—that a picture is worth a thousand words. That’s true, but behind the photograph lies another fascinating story—how we got there. For me, that entire journey, in and of itself, is a form of performance art.” ca 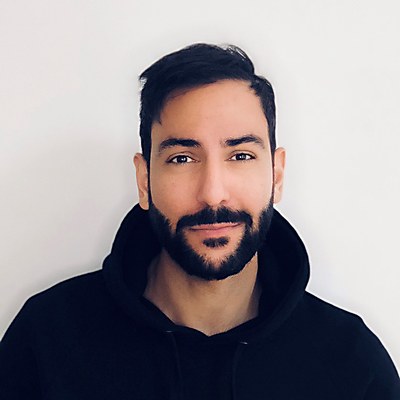 Columns / Insights
Breathing Life Into the Healthcare Sector
Stephen Minasvand of minds + assembly argues for the need to capture authenticity in campaigns for pharmaceutical and healthcare companies.

Columns / Design Culture
A Studio at Home?
Ready for a new studio, Wendy Richmond looks no farther than her own home. 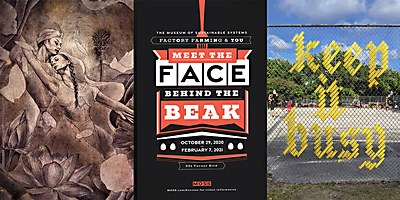