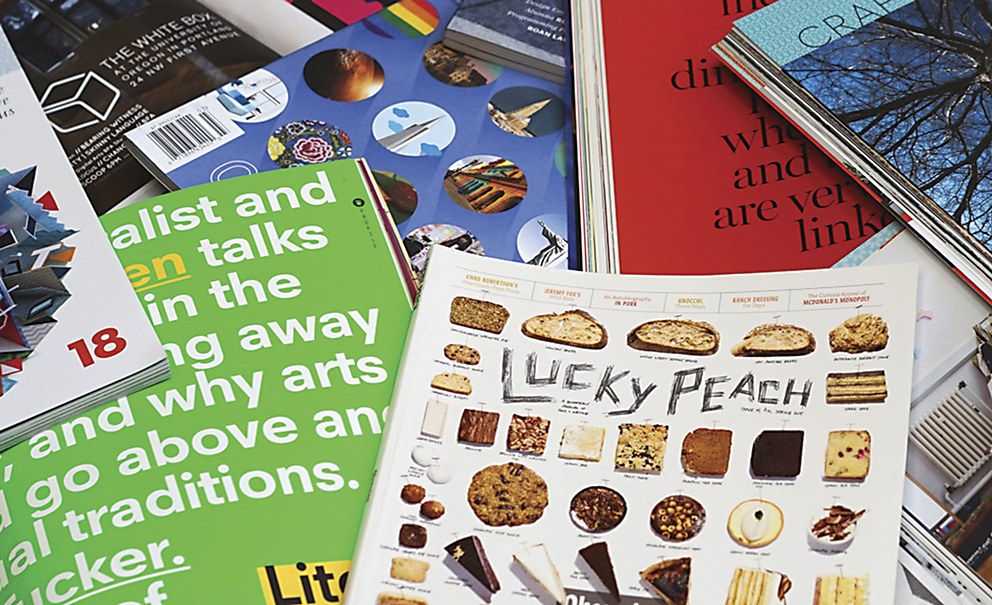 In Celebration of Print

By Yolanda Zappaterra
Last December, I received one of the best Christmas gifts a magazine fan like myself could wish for: a subscription to Stack. For the next year, Stack will bring the world’s best independent magazines to my door, a different title every month. The beauty of the service is that the recipient doesn’t know what the publication will be—in the mix are travel magazine Boat, food magazine The Gourmand, film magazine Little White Lies, and arts and culture magazine Elephant. The very idea that such a service would exist almost 20 years after the advent of the Internet and digital publishing and a decade after e-readers is remarkable.

Yet Stack’s existence is perfectly in tune with modern publishing. When people began to get their news and pop culture fixes online, it was almost inevitable that print publishing would have to cover specialized subjects in unexpected and oblique new ways to survive. And so it has proven. With the fragmentation of an industry into niche publishing houses and designer/publishers creating an imaginative range of products that move design to the fore, bibliophiles and magazine fans have never had it so good. But why do people still produce print? What drives them to immerse themselves in a centuries-old medium that is costly, restrictive, limiting, potentially wasteful and difficult to distribute? What is the ongoing appeal that allows print to endure?

Damon Murray, co-founder with Stephen Sorrell of FUEL design studio and publishing house in London’s East End, believes the answers are simple: “Electronic devices have become an obvious place for books and music because they are the best-suited at the moment, but both these media are surviving in their original forms—the paper book and the vinyl record. For books, the reason is simple: they are a tried and tested medium, in use for thousands of years—they are familiar and carry out their function well.” 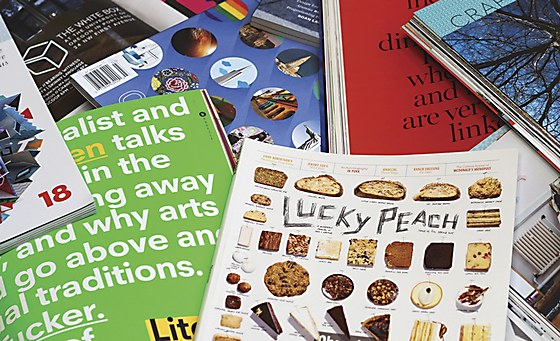 Robert Thiemann, founder of the independent Dutch company Frame Publishers, whose titles include the aforementioned Elephant magazine, continues this thought: “Paper publications offer something computers, tablets and smartphones don’t: tactility. You see magazines experimenting with stocks and special finishes like never before. On top of that, there’s been an explosion of niche publications offering well-curated content for very small and specialized readerships: you either cover a specific field of interest or you make general-interest publications from a very personal point of view. By the looks of what’s on newsstands, there are many independent publishing companies sharing this premise.”

One of those is London-based publisher It’s Nice That. The company began life in 2007 as a smart, compelling design website before going on to publish a range of print titles, including the design and arts magazine It’s Nice That and the quarterly Printed Pages. Editor-in-chief Rob Alderson says of the decision to add print: “On a fundamental level, stories are better told in print. Readers can immerse themselves in a long-form print article of 2,000 to 3,000 words, and it’s a completely different experience than reading online. But two other factors are very important, too: one is print’s tactile appeal; the other is print’s ability to surprise the reader. Websites make happenstance and spontaneity very rare. Being able to turn the page and stumble across something that interests you, but that you would never have thought to search out is very difficult online. That ability to wrong-foot and surprise people reflects what we set out to do with itsnicethat.com, and so the print magazine is a natural progression.

“Fundamentally, print is so much more exciting than online, where there are fewer extremes. Our Printed Pages magazine has a visual tone, but what people buy into is the detail. Design is more fluid and responsive in print, and because of that, it can look incredible, be exciting and be nerve-racking all at the same time,” enthuses Alderson.

Which isn’t to say that the Internet doesn’t have some useful lessons for print. Chris Ying is editor-in-chief of the food-tastic independent quarterly Lucky Peach, which began life in 2011 as a co-publishing agreement with McSweeney’s Publishing and last year reported a circulation of 100,000. Ying says, “I think the Internet is often much better than print about giving people step-by-step visuals for instructive content. That’s something I’ve tried to translate to print. I also think that print can try too hard to be cute about presenting information in charts and graphs. We can learn some things about efficiency and usability from the Internet and its engineer overlords.”

To Adrian Shaughnessy, co-founder with Tony Brook of London art and design publishing venture Unit Editions, a successful print publication is bound up in its suitability to its subject: “Many things are better online, but not art and design books. As Umberto Eco notes, the printed book is a piece of unimprovable technology, and however much of a digital evangelist you are—and I am one—the ephemeral, intangible nature of digital and online material is undeniable. In simple terms, we just don’t value it enough to take it seriously.”
Suitability is at the heart of Janine Vangool’s UPPERCASE Publishing Inc., which creates “books and magazines for the creative and curious.” One of these is the eponymous magazine UPPERCASE. “It’s aimed at makers and creatives—people who are very tactile and can appreciate a nice object,” explains publisher, editor and designer Vangool. “I’ve always invested in UPPERCASE magazine as a very physical object—the dimensions and feel of the magazine, the selection of paper, print techniques, special inks and different materials are just some of the considerations, knowing my audience will appreciate them.”

UPPERCASE, first published in 2009, evolved from Vangool’s blog and serendipitously coincided with the emergence of social media. “I sent my first tweet when the first issue was coming off the truck. Instagram came out the following year. Those two social platforms have been integral in growing the magazine. Without them, I would have no success with the print magazine,” she says. 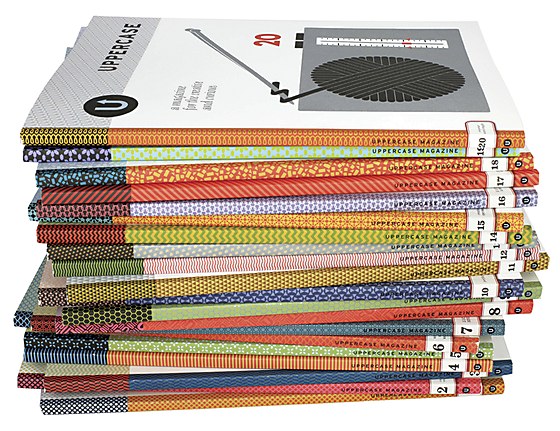 Shaughnessy has found social media to be invaluable as well: “Twitter, Facebook and Instagram allow us to have a dialogue with people from all over the world who are interested in the books we publish. Without social media, finding these people would be very difficult.”

FUEL’s titles are distributed through more traditional means, which makes the publishing and decision processes more difficult, and Murray admits that they think long and hard about what they will publish. “The books on our list are a direct reflection of our interests. Each book takes between one and three years to complete, so there is a heavy time and financial commitment. For this reason, we have to be confident that the book will appeal to others to some extent,” says Murray. The eclectic nature of FUEL’s titles is countered by visually led consistency: “Each book has its own individual visual characteristics, generated from and determined by the content. Yet despite the broad range of subjects on our list, each one feels like a FUEL book, giving us a strong and comprehensive identity,” says Murray.

Along with informed content, design is paramount to an independent magazine’s appeal. After successfully producing 25 digital issues of art, design and photography journal Blanket magazine over a span of six years, Australian designer and photographer Bec Brown desperately wanted to produce a print edition, but did so only after careful thought, and she spent six months working on the issue. “I decided if I was going to commit to print, then I was going to go all out and create something that was not only beautiful to look at, but also tangible. It was a chance to reach through the computer screen and connect with my audience, so I made specific design decisions that would enhance that experience.” Brown produced only one issue, which sold out immediately. She is now toying with the idea of releasing it as a digital edition, saying, “I would love to see how it translates from print back onto the screen.”

In a digital world where so much content is available everywhere, all the time, a product that says “get it now or risk missing out” is an appealing one. As Murray explains: “Although electronics have a façade of ownership, in reality it’s something you possess but don’t own. In this respect, printed editions are further ‘advanced’—it is their physical qualities that demand ownership. Being able to add value through design is a vital element of this.” As Ying sees it, “There’s an innate sense of curation or value when you take the time to print and bind and distribute something. There can be big, full-bleed photos and art and long essays for people to luxuriate in and consider. That’s not to say that web content isn’t valuable, but that’s not really the web’s strength. The Internet is infinite, permanently refreshing and growing and updating. A magazine says, ‘Here are exactly 172 pages of content that we’ve chosen for you.'" ca 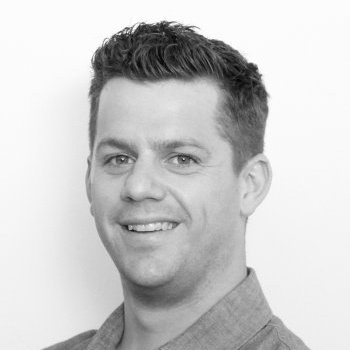 Columns / Insights
Making Jazz out of Design
Mitch Paone orchestrates his design studio like a jazz ensemble, with teamwork and improvisation. 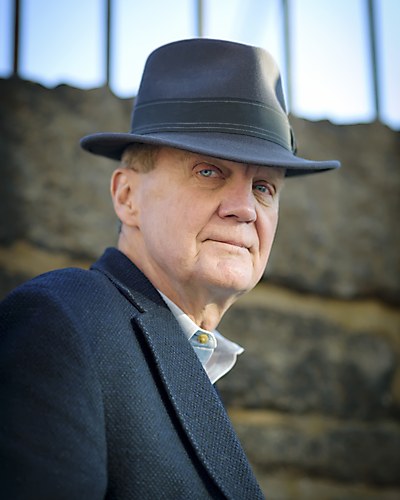 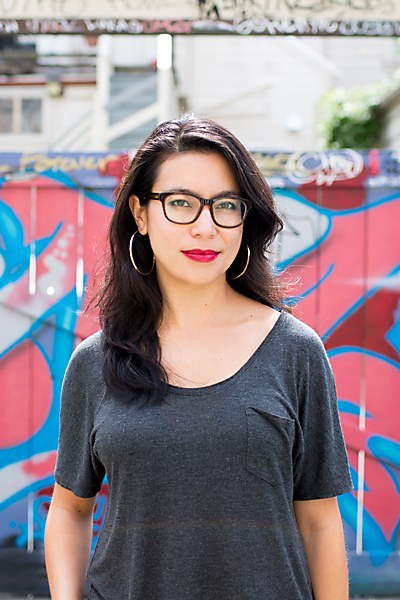