It’s All in the Game

The video opens with a glimpse of sneakers pounding against the gritty steps of the New York City Subway. “Prove you have what it takes,” the narrator says. “In this game, you choose to become the hero.” Those same sneakers barrel through the industrial alleyways of Brooklyn, climb over a fence and scramble up a ladder before the person wearing them finally tags a rooftop wall with NYXL.

For those not in the know, NYXL stands for New York Excelsior, a newly created e-sports team that competes within the multiplayer online shooter game Overwatch. The team launched in October 2017, about a year after Blizzard Entertainment, the game’s publisher, announced a new city-based e-sports league for Overwatch composed of twelve teams that compete for the Overwatch League championship. Whether you’re a fan of NYXL, the Shanghai Dragons or another team in the league, you can now buy official team and league merchandise at the Blizzard Gear Store and root for your favorites to win matches in the inaugural season, which started in January 2018. The performance bonuses that are up for grabs amount to $3.5 million.

Three and a half million?! That’s right: e-sports is a big business now. The value of sponsorships during the playoff rounds of major tournaments in 2017 ranged from $75,000 to $17 million, according to Esport24, a syndicated service tracking the brand exposure that sponsors get during e-sports tournaments. (Nielsen, the information, data and measurement company that developed Esport24, also launched the new vertical Nielsen Esports in 2017.) Market intelligence firm Newzoo predicts that brand investment in the e-sports industry will more than double from its 2017 expenditure of roughly $700 million to $1.5 billion by 2020, and it estimates that current global viewership is about 385 million people. Arguably, the advent of powerful streaming platforms, namely Twitch, fuels the popularity of e-sports, with fast feedback via live chats that make for an intensely individualized version of a stadium uproar, complete with insider emojis and language.

“There is a professional attitude to this,” says Danielle Horanieh, the managing director of Mother Design, which produced that heart-pumping promotional video for New York Excelsior and also created the team’s identity and branding. “There are established players. E-sports has been legitimized now that big tech investors are behind it.”

In the past few years, investors have been snapping up promising teams. In 2015, a group of investors, including Memphis Grizzlies co-owner Steve Kaplan and rock band Linkin Park’s venture capital firm Machine Shop Ventures, purchased e-sports franchise Team 8, which competes in the North American League of Legends Championship Series, and renamed it Immortals, launching a multigame e-sports organization with the same name.

Since then, Immortals’ logo has changed from a side-facing helmet outlined in black against a blue background to a sleeker, more streamlined teal logo, with the o in Immortals as a contained helmet graphic. The organization has also picked up a Dota 2 team and signed Super Smash Bros. players; all don Immortals jerseys. And in the fall of 2017, the organization announced its newest franchise—the Los Angeles Valiant, which has already competed in the Overwatch League against New York Excelsior. (NYXL has its own venture-backing through Sterling.VC, a division of Sterling Equities.)

The Valiant logo, interestingly, wasn’t designed fully internally or by an outside agency, but with Blizzard. Ari Segal, president and chief operating officer of Immortals, explained that working with the publisher would help create a sense of continuity among the league’s teams. In this sense, Blizzard would be like the league commissioner. As for the Valiant design—it’s distinctly Hollywood Regency.

“It was important that the colors and logo feel indigenous to Southern California,” says Segal. “Los Angeles is known for glamour and success, and for championships and excellence in sports and entertainment: The Lakers, Galaxy, Kings, Ducks, Dodgers, Angels, USC and UCLA—among others—are all championship organizations. Furthermore, the Oscars, Grammys and other awards shows that recognize excellence are awarded in Los Angeles and are often gold in color. Gold captures the essence of this city, and we endeavor to be the next great Los Angeles sports franchise.”

Which brings us to why Blizzard’s Overwatch League is unique. Since each franchise in the league is tied to a city—or cities, as Florida Mayhem represents both Miami and Orlando—it gives fans something specific to rally around.

Perhaps city-based teams will reflect what’s seen in professional sports stadiums; enter any Major League Baseball stadium, for example, and you’ll see logos crowding the scoreboard and walls. Kevin Tang, a graphic designer at Twitch who designs ad banners, motion graphics and event spaces for branded content on the platform, notes that you’d be hard-pressed to see such a clutter at an e-sports tournament. Instead, he equates e-sports gamers to NASCAR racers.

“In the most competitive e-sports tournaments, the stadiums and stages tend to be owned by one or two unified brands, and all the branding seems to happen on the ... players,” notes Tang. Each team playing within the tournament has its own logo, typically displayed on the front of the jersey, either in the center of the chest or just above the breast. Sponsor logos can be seen just about anywhere, but mostly on the player’s sleeve or back.

The dominant aesthetic of e-sports events themselves “is sort of nightclub plus electronic dance music, with lots of metallic sheen and electric reds and blues,” says Tang. This makes sense because most e-sports tournaments happen in dark arenas with opening ceremonies and concerts that occur before the actual gaming or during intermission. (There may also be complementary events, like cosplay competitions, going on nearby.)

Events can have brand partnerships and offer items with a co-branded look, such as the limited edition Coca-Cola cups and “thundersticks” sold inside Los Angeles’s Staples Center during the 2016 League of Legends World Championship. (For the event, Coca-Cola also hosted more than 200 viewing parties across Canada, Europe and the United States.) For any given e-sports tournament, you can expect that the company hosting the tournament, be it an independent events company or the game’s publisher, will have a logo for the specific event.

Tournaments, teams and leagues aren’t the only entities flashing recognizable e-sports brands and sponsors. Sean Plott, an e-sports commentator who goes by the alias Day[9], has an online store full of swag branded with the Day[9] logo. There are also special icons for fans to purchase and use as an icon on the days of a major event; for the recent League of Legends All-Star 2017 event, fans who are also players of the game could use in-game money to buy a branded avatar displaying the logo of the team they were cheering for, using it as something akin to a profile picture while they played the game. And in December 2017, League of Legends publisher Riot Games released a short documentary titled “Scouting Grounds,” which follows unsigned North American players as they show off their gaming prowess to professional teams during a scouting event. In the documentary, the players sport jerseys displaying the event logo on a sleeve.

Regardless of who’s hawking which brand in the e-sports space, the industry is growing—fast. Jacob Lundmark, an art director at the Swedish e-sports events and production company DreamHack, describes a world in which there are neither defined rules nor enough professional designers and art directors; often, those designing for tournaments are left figuring out how to make all the pieces of the e-sports identity puzzle work together without much help.

“I do everything from final art on print, designing and animating broadcast packages, web product design, designing B2B presentation templates, setting visual guidelines, and designing social media templates,” says Lundmark. “One day, I might be art directing a major rebrand of a flagship product, and then the next day, I’m doing data entry on 40 business cards.”

Since the space is so new, Lundmark notes, there’s also a lot of wrestling for creative control with publishers that want to brand their own leagues and tournaments. The lack of a governing body over e-sports doesn’t help, as it has led to cringe-worthy DIY-type designs for some players and teams.

“There are some bigger teams that are endemic to the e-sports world that have done a great job branding,” says Spencer Gervasoni, a strategist at Mother Design who worked on the NYXL branding. “We wanted to bring a little more polish. There is so much room to bring top-notch branding to the e-sports world.”

Agencies and designers can also expect to see more partnerships with brands not usually associated with video games. Horanieh mentions that Mother Design is thinking about collaborations with New York streetwear brands, such as Supreme, that might reflect the team’s identity. After all, if the goal of e-sports is to rise to the level of the National Football League or Major League Baseball, it’ll need to prove just how cool it can be. ca

Haniya Rae is a Brooklyn-based freelance design and technology journalist who’s written for the Atlantic, Communication Arts, Print and Popular Science, among other publications. 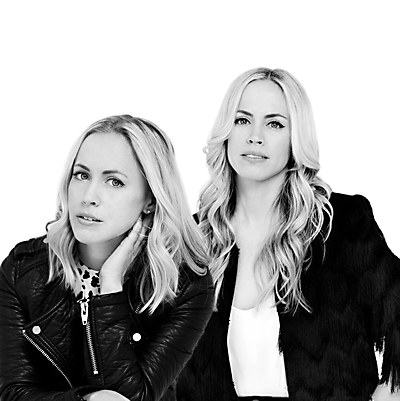 Columns / Insights
The Healthy Hustle
Jennifer and Amy Hood share tips on how to fuel your hustle with mindfulness. 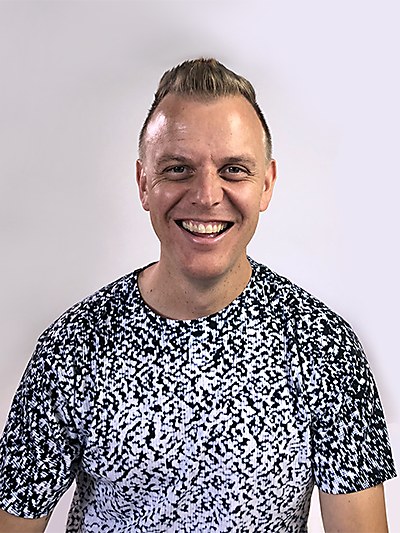