By David Welker
How did you move from mural painting into the gig poster scene? I came out of Syracuse University at a time when the illustration market was seemingly in decline. As a result, I adjusted my focus to large-scale drawings and paintings and began building a gallery show.

As a strange twist of fate, I sent a postcard invite for one of my early New York shows to the band Phish. A week later, they asked me to create an album cover for them, so I painted a rather large piece consistent with the gallery work I was doing at the time. This was 1992. The Rift album cover went on to become this iconic image for tens of thousands of people who identified with the band and the art. It reverberated through this musical community of fans for many years and still does today.

As another strange twist of fate, at this exact time in my career when I could have began doing illustration work in earnest, I instead became an apprentice to a veteran mural painter, Franklin Tartaglione. At the time, it was a more lucrative and exciting career option than the illustration market. I also didn’t really feel confident navigating the illustration world on my own when I got this offer to learn a new art form and travel while doing it. I spent the next decade assisting Franklin’s studio, learning and traveling all around the country painting private, large-scale landscape murals for wealthy clients. Franklin has since retired from mural painting, retuning to his roots as an abstract painter. But in his early days, he was an apprentice to Chinoiserie mural legend Robert Jackson. This Rococo art form was a serious study of mine for a decade. Stylistically, it also influenced my illustration work for years.

During this time period, I also collaborated with renowned fashion photographer Raphael Mazzucco. He has this huge personal aura that is its own form of art. He taught me how to loosen up and be more expressive. When he was looking to find a medium for his photo collages, I introduced him to the resin work of artist Fred Tomaselli. Once Raphael started using resin, his work really blossomed; we still help each other. My work and shared experience with him also planted a seed for my present-day incarnation. But eventually, realizing the limitations of being a full-time first assistant to another artist, I finally ventured out on my own again in 2009.

It was gratifying to find that the early seed I had planted from that album cover for Phish made it possible for me to step back into the illustration market with surprising swiftness due to the rise of the gig poster and lowbrow art movements. From 2009 and onward, I joined the screen print revolution and adapted my large-scale painting style to a smaller-scale pen-and-ink technique. I quickly identified with the creative freedom of the concert poster world and began building my first truly cohesive illustration portfolio.

So after many, many years of experimentation and left turns, I now found my work being covered by the Society of Illustrators and Communication Arts. I’m represented commercially by Berstein & Andriulli and galleries internationally. It’s been an amazing journey, and I never could have predicted any of it.


Tell us more about the gig poster community. The gig poster community was somewhat well established by the time I reentered the scene in 2009. Artists like Frank Kozik, Art Chantry, Coop, Jay Ryan, Zeloot, Chuck Sperry and many others were all entrenched in this scene just as I, road weary and dusting myself off from the itinerant mural scene, came in with all my ammo and guns blazing. I was a sort of unknown veteran of many battles, with a decade and a half of mixing paint in the trenches, but I was well received considering that newcomers seemed to be barely tolerated by the established artists. After a short time, I had made many friendships within the community.

Now, oddly enough, I’m considered a veteran after having done so much work over the last seven years for the top touring bands in the world. The community has grown similarly since I cut my teeth, and there are new artists making posters and learning to screen print every year. Of my contemporaries, I greatly admire Sandow Birk, Vania Zouravliov, Florian Bertmer, Marq Spusta and AJ Masthay, among many others. As a general rule, I admire artists who combine great technique with tremendous amounts of personal style and dedication. But it’s still a tough market for emerging artists. I found a niche and a further community of collectors through hard work and relentless determination.

I was a real student of the medium. I went to poster shows and visited as many of my contemporaries’ studios as I could. I really took it to heart. I became a print addict and a collector. I have more than 700 screen prints from other artists in the scene. This tangible connection to imagery in the form of an accessible, handmade print is of huge significance. The physicality of it has transformed the art world because these cool handmade print mediums have become accessible to a broader range of collectors.

Do gig posters represent a blurring of the line between fine art and commercial illustration?​ The gig poster scene is just one appendage on a wild beast of modern communication.

I love the world of “lowbrow” or “conceptual realism,” as artist Robert Williams describes it. As an art movement, it represents a massive cultural shift toward involvement and engagement of the public with art. The impact of late 20th century minimalism and the “highbrow” market left the public collectively scratching their heads for any sense of personal involvement with the art world at large. The lowbrow movement is the most valid art movement of our times, and its edges have forever blurred the lines between fine art and commercial illustration.

The lines are being further blurred from both sides of the fine art and commercial art worlds because pervasive art movements want to marry with each other—or at least have a wild affair. Modern-day phenomenons like Bansky, Mr. Brainwash, Shepard Fairey and the street art movement have made art more accessible and encouraged public involvement. In my own way, I think that I blur the lines because I have always been a student of art history.

Which figures of art history have influenced your illustration style? I was fascinated with European surrealism in my early and formative days. The deep horizon line that so many surrealists implemented in their work was an irresistible visual hook for me. The social implications and visual narratives of the surrealists really spoke to me.

As a teenager and again in recent years, I find myself transfixed by the underground comix artists. I love the irreverence and visual style of the underground comix and its connection to the counterculture movement of the time, exemplified by artists like Robert Crumb, Rick Griffin, Victor Moscoso, Spain Rodriguez and, by extension, Charles Burns and Jim Woodring. I love the pen techniques of all these guys. Their attention to details—like rendering fire escapes, billboards, parking meters or crown moldings on a Victorian building—is astounding, and they draw and edit these incidental things as though each and every element has this greater social significance. This also brings to mind my transition from painter to pen-and-ink artist. I’ve always been fascinated by strict approaches to pen and ink, but I tend to gravitate to a multiple–hatch mark style similar to Robert Crumb for its accessibility and expressiveness.

When you are designing a gig poster, how do you honor but also expand upon the band’s imagery? While there is no question that artists bring all or a great deal of themselves to each project, the real question is: How much of the band and its legacy are you willing to administer to and represent with your art?

For me, it starts with only accepting projects from bands that I am truly inspired by. From there, I immerse myself in their music while I’m beginning to draw. I usually focus on one song and try to reinterpret it in the context of a current-day happening. This is where the gig poster scene becomes a modern incarnation of folk art. That’s what makes it such a powerful movement for artists as well as collectors. It’s accessible, and it documents a real-time happening—the convergence of art and music in modern life.

For any young creatives just starting out, what advice would you like to share? Choose your heroes, living and dead. Hold them close to your heart. Live, travel, fall in love, experience as much as possible and report back.

David Welker is a contemporary visual artist known for his elaborate rock posters, murals and paintings. His fine art and hand-rendered screen prints reflect on the subconscious and the surreal and on urban landscapes, ranging from “abstract landscapes” to hard-edged realism. His work over the last two decades has built a devoted grassroots following, which includes private collectors, celebrities, and particularly indie and pop rock musical acts. His clients include Pearl Jam, the Grateful Dead, Bob Dylan, Phish and many more. Welker studied illustration and painting at Syracuse University. He lives and works in downtown Manhattan.

Columns / Design Culture
How Do You Trust Your Intuition?
Wendy Richmond digs toward the wellspring of our intuition. 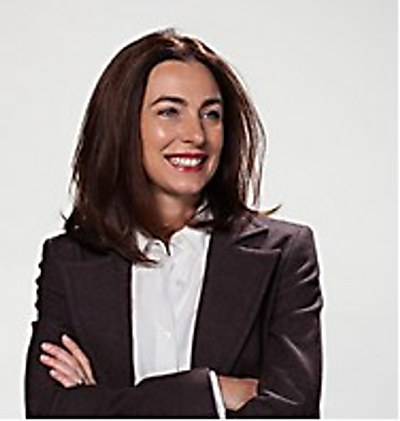 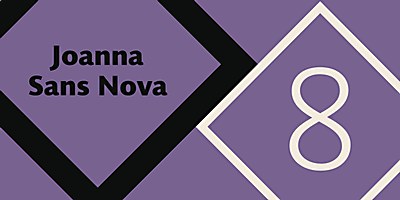