How did you get started in illustration? I was finishing up my last year of university remotely from home, struggling with various mental health issues and looking for a way to vent and relax all at once. Growing up, I used to draw all the time, and I’ve always been creatively inclined. So, I started playing with a graphics tablet I had gotten my hands on. I began posting my scribbles on my Instagram, and then received an email from Leyya Sattar of diversity and inclusion company The Other Box asking if I’d like to participate in a campaign with Skinnydip London that highlighted twelve creatives from minority backgrounds. It was the first time I’d thought of doing art as a serious thing, and it just snowballed from there!

What personal experiences or circumstances have most influenced your work or style? I’m a fat queer/trans person of color, chronically ill and an immigrant. I didn’t grow up seeing art that reflected who I am physically or emotionally. When I first started posting work to my Instagram, it was with a portrait series of models of color, where I took my love of fashion and merged it with critical, political thought, which has always been an inherent part of who I am. As my politics evolved and my skills grew, my work developed too. But that core thread of wanting to be seen positively has remained in the work I make today.

Your work is “studded with hidden gems of metaphors made literal.” What kinds of visual metaphors or references do you love depicting in your work? Many of the objects and elements included in my pieces are stand-ins for overarching concepts or my own personal commentary. I focus my illustrations on characters, but the environments they’re set in contain little Easter eggs. My own sense of humor offline—predominantly enthusiastic wordplay—also filters through, so I end up with pieces titled Venus Crytrap, featuring details like a character in trousers patterned with broken chain links signifying a desire to be free of the monster keeping them hostage, and a chalkboard in a café that reads “Flat White (?)” because nobody knows what that drink actually is. Other times, it’s just me being dorky and labelling a bottle of body mist “body fog” or a tub of moisturizer “peaches ’n’ reem”.

Sometimes it’s about playing with what’s socially acceptable and what’s actually going on under the surface, and how I can blur those things through visual clues. For example, in my piece (D)ick Pic, the server is wearing a name tag that reads “HELLO I’M: exhausted”, because having worked in food service as a teenager, I’m aware of how draining it is and how you want customers to know you’re tired and not ready to take their shit today.

How did you develop your detailed, colorful, maximalist style? Every time I tried to go simple, I realized that so much of what’s meaningful about the characters I draw was missing. I admire artists who create seemingly simple work because it’s not simple at all. To create an ineffable quality in your work takes much skill and practice, and also an eye for it, which I personally don’t have. But the work I’m most attracted to is detailed and colorful, which is also how my immediate surroundings look. I’ve always found minimalism anxiety inducing, so clutter, color and maximalism are absolutely ingrained into my visual lexicon. Since art is, at its core, my way of comforting myself, it made sense that my ethos would manifest itself here as well. My characters live like I do, and that’s just how it is!

You’ve described your art as “people-powered.” How so? My work started out as a way to see marginalized groups depicted positively, and when I started sharing it with people online, it was rewarding to see people engage with it meaningfully, saying how they saw themselves in a character I’d drawn, or how me routinely drawing body hair on feminine-coded characters made them feel more at ease with their own body hair. It’s very immediate when you post art on social media; you can tell whether the audience resonates with something you’ve posted based on likes and shares and comments, algorithms notwithstanding. So everything I do with my art, from the brainstorming to the execution to the audience engagement, is all people-powered. Everything involves thinking ahead to the person who’s going to see this bit of art, in the same way that making it clicks with me and my own psyche.

Clutter, color and maximalism are absolutely ingrained into my visual lexicon.”

Do you view illustration as a form of activism? I absolutely do. There’s a certain responsibility that people with significant platforms have. To not be quiet about the important stuff. To be clear about where they stand on certain issues. To cultivate an online space that is safe for their audience to exist in and engage with. My work looks vibrant at first glance, but the messaging goes deeper, and I like tricking people into examining it further with the little details I throw in. It’s not just a pretty picture you’re looking at; there are overtly political themes too. By making the kind of art that I do and being who I am loudly and openly, I don’t feel like my position on things can ever be mistaken for anything other than what it is, and I have illustration as an outlet to thank for that.

Some of my work is obviously more political than others. For instance, the piece I made in support of the Repeal the 8th movement, which successfully aimed to decriminalize abortion in Ireland, featured characters pointing their middle fingers up and the phrase “my body, my choice” painted on a podium. And some of my pieces are more subtle, like A Clean Shave, which features a feminine-presenting character shaving their face, because people of all genders can and do engage with traditionally gendered rituals in whatever way makes them feel comfortable.

As someone who is chronically ill, most of my activism has to be via social media, especially now, with lockdown measures in place across much of the world. We should use whatever tools we have to yell about the stuff we care about. Illustration just so happens to be one of mine.

What draws you to outfitting your subjects in bold, patterned clothing? I wanted to be a fashion designer when I was little! I used to print out stacks of the same model and draw “designs” on them, and all those clothes were absolutely out there, to put it mildly. I’d let my imagination run away with me. It was one of my favorite ways to escape the world around me. Later, when I started illustrating professionally, it felt completely natural to fall back into drawing clothes, but more meaningful too, because now I was drawing diverse characters, instead of the skinny White models I started with as a child. It has been freeing to see characters with bodies like mine wearing fun, bold clothing, clothing that’s generally been labeled as “unflattering” to fat bodies.

What challenges did you encounter while creating the cover for the young adult novel The Black Flamingo? First and foremost, all that publishing jargon completely stumped me to begin with! It was my first literary project, so I was learning on the fly as I went, and my designer, Alice Duggan at Hachette UK, showed me the ropes. More seriously, one of the biggest challenges was working with a manuscript that was still in the process of being written. When the project came to me, the book didn’t exist yet, so the brief evolved after it was initially presented to me. Learning to be flexible with both my time and the actual execution of the cover was a big deal. I was also simultaneously working on the interiors of the book and the endpapers, so juggling those various subprojects with the cover in a way that fit into the publishing timeline was challenging but also incredibly rewarding.

Which illustrators do you most admire? Most recently, I’ve become a patron of Em Niwa on Patreon; seeing the process behind her beautiful, quirky work has been such a joy. I also love Carly Jean Andrews’s work, as well as the work of Laura Callaghan, Eero Lampinen, Tori-Jay Mordey and Manjit Thapp.

Where do you think the field of illustration is going? Especially now, there’s a real scope for illustration as an industry to grow. With people being unable to travel and with many industries grinding to a near halt since the pandemic, one would hope that illustration, which can be done remotely, will flourish. But that’s an optimistic take; times are tough for everyone right now, and that includes editorial outlets and advertisers who ordinarily would commission illustrators for projects that aren’t going forward at the moment. I hope that we’ll bounce back stronger and that people will understand the value of the creative industries better. I also think that the conversations we’re having on social media within the editorial and publishing industries about paying illustrators fairly for their time and skill is important, and hopefully it’ll lead to real change in the field, more transparency from clients, and a better idea of the rates that illustrators new to the field ought to be charging for their expertise.

Anshika Khullar is a self-taught illustrator based in Southampton, United Kingdom, whose bold and vibrant work aims to showcase the ordinary as beautiful. Khullar is an Indian, nonbinary transgender creative with a BA in English literature and media from the University of Brighton. They work digitally and specialize in depicting characters in situations and settings often inspired by real life and current events. They are a CILIP Carnegie and Kate Greenaway Medal nominee for their work on the young adult novel The Black Flamingo. In addition, Khullar has appeared as a guest speaker on panels at the London Illustration Fair and for the House of Illustration.

Columns / Advertising
If Viruses Can Mutate, So Can You.
Ernie Schenck shares his checklist for surviving the ad industry’s “big pandemic reset.” 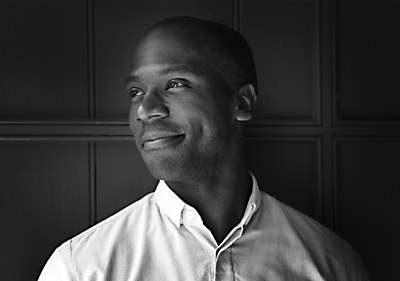 Columns / Insights
Defining the Dialogue
Keith Cartwright pauses in running his new agency to discuss why brands still have an important part to play in today’s conversations. 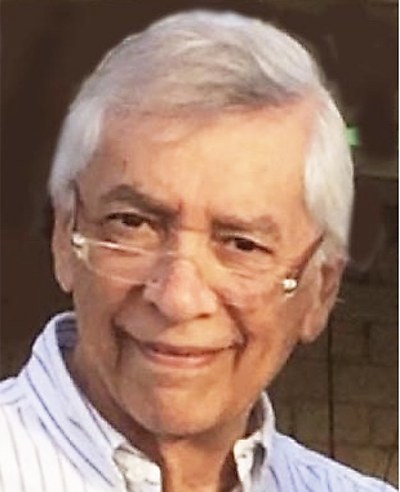