How did you get started in interactive design and learn the necessary skills? I actually started out in web design back in the late ’90s, when everything felt flat and static. Then, I became really interested in interactions and pushing the design as far as it could go. So, getting more into interaction design wasn’t so much a conscious choice, but an evolution. The more I saw the potential, the more I realized that interactions aren’t just beautiful design—they are a means for much more effective communication.

When and why did you decide to launch the prototyping tool ProtoPie? At the time, web design was quite problematic in that you had to know how to code in order to bring an idea to life. That made it hard for people to communicate their ideas. During my time at development company NAVER Corporation, I noticed that this difficulty in communicating was harming the potential of what we could do. When I moved to Google, I was working with people from all over the world, and that added an extra layer of complexity. I realized that human language is incomplete; it trips us when we’re trying to share and build ideas. With ProtoPie, I wanted to create a universal language for interactive design—something that could translate complex ideas in a far more effective and diplomatic way.

How do you hope ProtoPie will empower digital product designers? ProtoPie is not only about making people’s jobs easier, but it’s also about pushing ideas further. It’s about enabling designers to achieve their ideas and making the end result as true to the original idea and as true to life as possible. Previously, if a designer wanted to prototype interactions between a mobile app and their smartphone’s gyroscope, they would need to fake it. With ProtoPie, a single designer can make that interaction happen easily and seamlessly. It’s a tool to bring ideas to life without barriers.

ProtoPie recently launched Class Support, an initiative that gives students around the world free licenses to the platform. What kind of opportunities does this present to students? It’s a cliché to say that students are the future, but it’s also true. Years ago, my generation of designers became comfortable with Adobe’s design products because we were able to get hold of bootleg copies and submerge ourselves in them. We were able to experiment and play. Unless students have access to software, we’re limiting them and, in some ways, ourselves. There is so much potential in this younger generation. They don’t have the same constraints as we do—be it time or clients. They’re on a different timeline, free to explore and experiment. I want them to use the software in a way that I can’t even imagine, to make things we don’t even know we need. It’s exciting to think that they could leave university and take a real living, breathing prototype to a future employer. I’m excited to see what this generation will bring to the tech and design community. Seeing what they can do is a wonderful kind of pressure for the whole design world.

Stay open to feedback and activity, and seek insight from users.”

What is the connection between design and engineering, and why is it important to you? For me, design and engineering are like siblings. They’re both in pursuit of the same goal: to build something seamless, usable and effective, and to build a product that has every key piece working together to achieve one goal. The importance of this lies not with us as the creators, but for the end user who sees—or, even better, doesn’t even notice—how well it fits into their life.

What emerging technologies and innovations will have the biggest impact on how you design in the next few years? Right now, all our devices speak different languages. The fridge speaks German, the car speaks Italian and the washing machine speaks English. As users, we have to be fluent in all of these languages. Though they don’t communicate with each other as well as they could or should, I think the internet of things will be at the forefront of every piece of design. It’s an incredible time for designers to imagine how one app can integrate with tech; right now, this feels like a gimmick or an added bonus, but we’re approaching a time when this connectivity will be the standard. That’s when things are going to get really interesting—when a platform or an app no longer lives in a silo, but as a cog in a bigger machine.

What is the most exciting work in interaction design that you’ve seen recently? The relationship and integration of digital design and hardware such as Raspberry Pi. Watching how creatives and engineers are combining the two things in pursuit of their own designs is incredibly exciting. These designers, makers and tinkerers are grasping the future.

What’s the best advice you’ve been given in your career? Henry Ford once said, “If I had asked people what they wanted, they would have said faster horses.” This may be partially true, but to invent or create something truly innovative, you have to start with users’ feedback—verbal or nonverbal. That’s the advice I follow and give: Stay open to feedback and activity, and seek insight from users.

Also, I often get asked whether to study code or not. My take is: no. If you have extra time, I’d invest that time in studying business or service design. This will give you the ability to see and draw a holistic picture of the ecosystem in which a product belongs. For example, let’s say you’re working on an Uber app. You should care about the driver, passenger and operator, especially how they interact with each other and what motivates each one. Leave the coding to no-code creation tools such as ProtoPie and focus on designing the interactions that will drive success for your product.

Tony Kim is the chief executive officer and cofounder of Studio XID Korea Inc., the company behind the award-winning prototyping tool ProtoPie. Kim jump-started his design career at NAVER Corporation, where he was the user experience team manager and senior designer leading major projects in both Seoul, Korea, and Beijing, China. Later, he moved to Google, where he played a major role in designing new digital products aimed at a global audience for Google Search. After being at Google for almost half a decade, he started a company of his own, fulfilling his dream of making the easiest interactive prototyping tool that would empower digital product designers all over the world.

Columns / Advertising
Who Dares Enter The Cave Of Ideas?
Creatives who have the courage to enter the cave of ideas might just find greatness, Ernie Schenck writes. 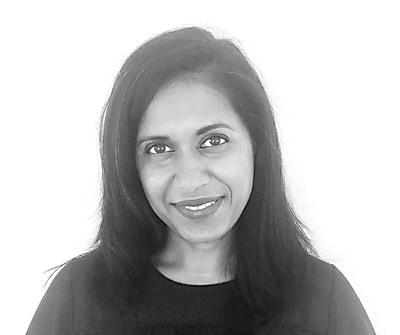 Columns / Insights
Leading With Purpose
Ad veteran Della Mathew shares how she leads with empathy and responsibility—and why brands should do the same. 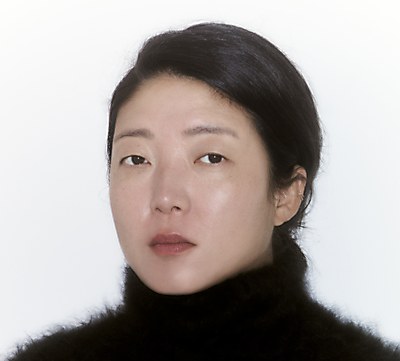